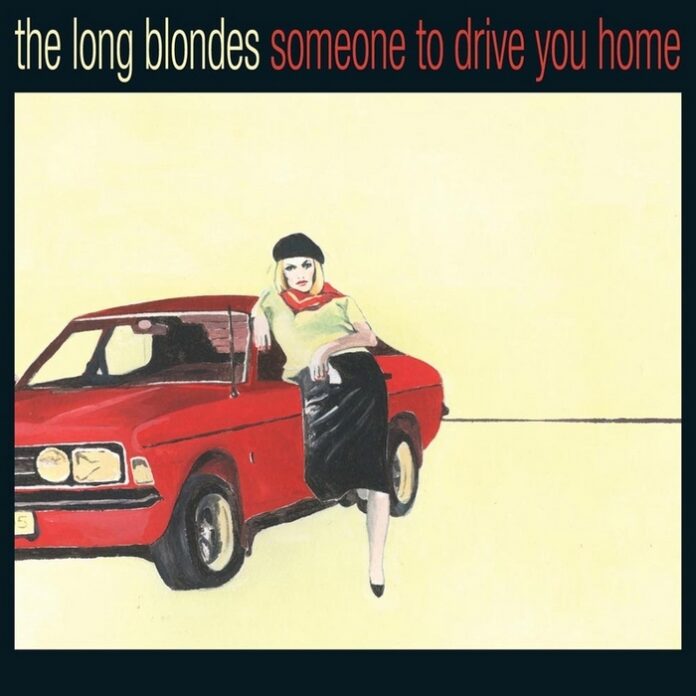 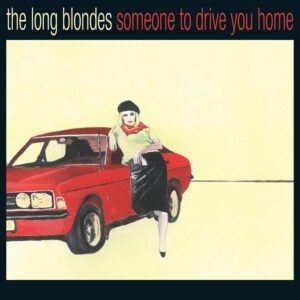 One of the most exciting aspects of the year to come in music for me is the news that former Long Blondes vocalist Kate Jackson will finally release the solo album she began working on with Bernard Butler in 2009 – which gives me the perfect excuse to write a reappraisal of The Long Blondes flawless 2006 album “Someone to Drive You Home”, in the hope of turning a few people back onto it.

The mid-2000s isn’t generally acknowledged as much of a golden era for music, but given that I was in my late teens at the time it’s easy for me to pick out the best of it and remember some of the exciting music of the time from acts largely unfairly forgotten; Forward, Russia!, Howling Bells, Lupen Crook for instance, but “Someone To Drive You Home” remains the stand out debut of the era for me, a tune-driven, consistent lovechild of Pulp and The Primitives. In fact, the look of the band, particularly the beautifully dressed vocalist Kate Jackson, was the best statement of retro-tinged indie glamour since the Primitives Tracy Tracy first hit public consciousness back in the 80s. The high heels, berets, and pencil skirts sported by the three female members of the five-piece band was not only a fantastic look, but one that reflected the recurring voice of the album – the femme fatale of the kitchen sink.

The reason I delved back into this album wasn’t actually upon hearing the news of Jackson’s debut album release, but rather it was after hearing probably its best known single “Once and Never Again” by chance, and finding myself deeply affected by its heartfelt tone…

“Nineteen/you’re only a nineteen for God’s sake/you don’t need a boyfriend,”

…which reveals it as an unrequited same-sex love song. 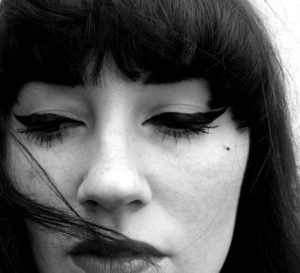 I was actually nineteen when this single came out. Now, somewhat older, hearing it from the narrators perspective actually put a lump in my throat. It is a rare moment of reflective yearning on an album which largely very much casts Jackson as the temptress, tearing men away from their relationships, pulling them towards her, the adulteress who reasons her way onto your side. It’s far from an easy voice to create – most of the lyrics on the album were written by their male guitarist Dorian Cox, almost creating the role for Jackson which any woman would find hard to create for herself – the role of the Other Woman.

“You don’t need her / it;s better that you come and see about me” (Only Lovers Left Alive)

…to name a few examples. Really, it’s no different to some of the extra-marital themes on their heroes and fellow Sheffield band Pulp’s sleazier moments, but sung by a different gender. But what’s remarkable is that Jackson plays the Other Woman, not the easiest role to defend, with likeability, as if she really is doing the right thing, merely saving men from kitchen sink drama Hell. Perhaps it’s the sheer charm of the infectious pop melodies which the lyrics are sung over, some of the finest crafted of this era. Or perhaps it’s merely how it’s balanced out with the moments in which she sings of being the one suffering from relationship woes, such as “Weekend Without Make Up”, a sublime pop song undercut with the exasperation of an ignored wife, and the heartfelt, beautifully minimal “Heaven Help the New Girl.”

The indie pop world is a little poorer without The Long Blondes, so the arrival of Jackson’s solo album is much anticipated by me. The power of her voice and her ability to bring huge emotion to things has also been displayed on her collaboration with British Electric Foundation, a stunning cover of “Picture This” for an album made up of covers designed to bring out the darker of more tragic aspects of the original. Simultaneously fragile and powerful, and deeply haunting, it was one of the highlights of the album, showcasing her talent beyond the Long Blondes. But it’s more than that talent that we need her back for. When she was ranked no.7 in the NME Cool List in 2006, her response to the list, and a potential wider swipe at the industry in general was that it’s “…so overrun with boring boys, they probably thought they needed someone to bring a touch of glamour.”

Well, I don’t know if it’s just me, but we seem even more overrun with “boring boys” than we were back then. The music world needs its “touch of glamour” more than ever…

Kate Jackson’s website is here: katejackson.co.uk. There is some new music on it by her there too.

All words by Amy Briton. More from Amy on Louder Than War can be found at her author archive. She’s also on twitter as @amyjaybritton.