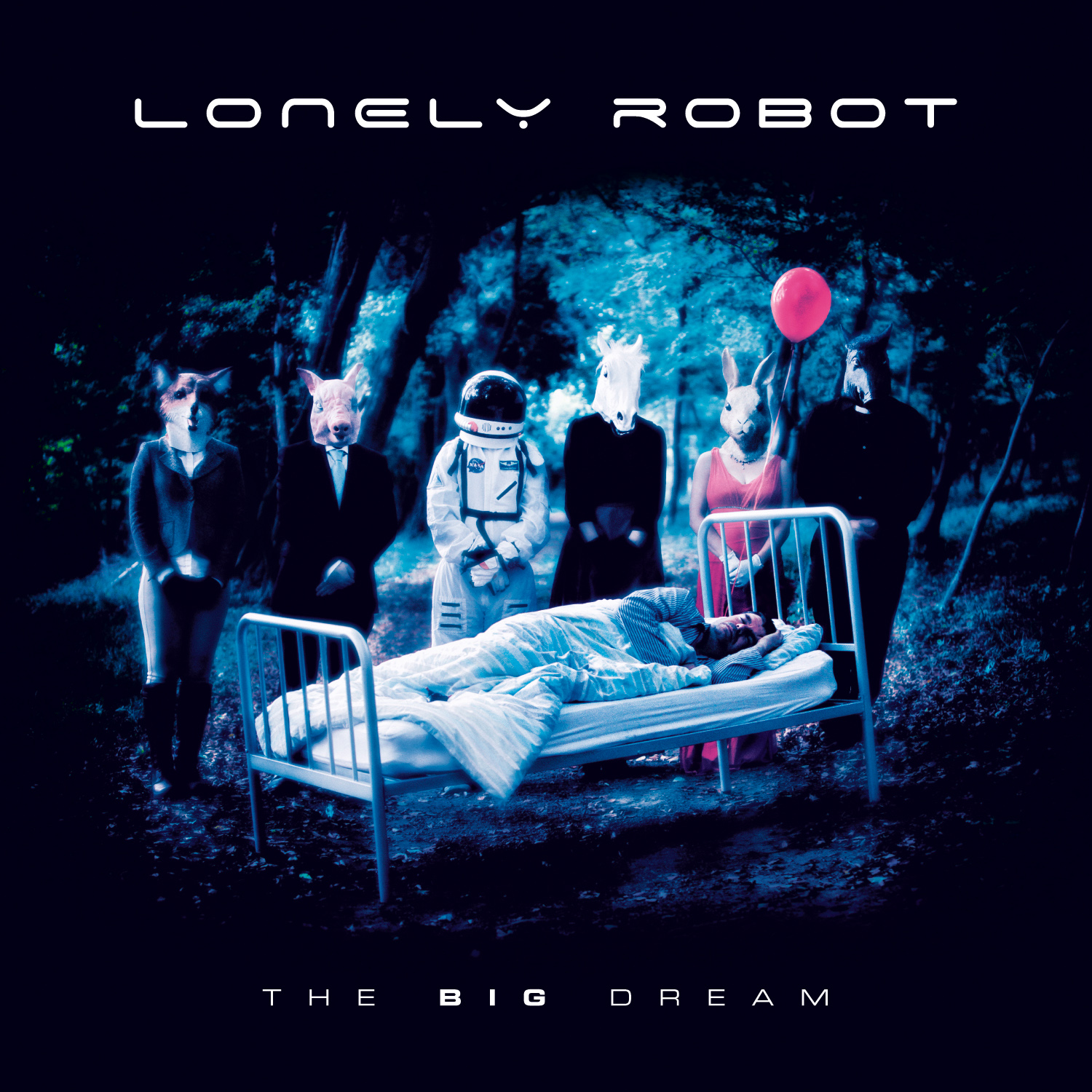 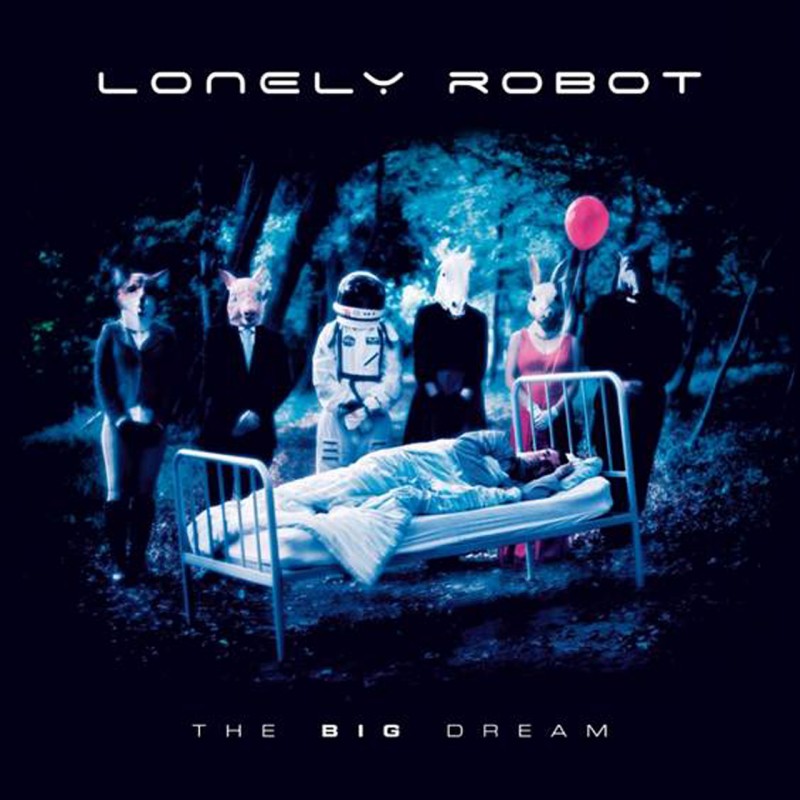 The second part of the  promised trilogy masterminded by John Mitchell finds our Lonely Robot astronaut hero, the central character  in the ongoing adventure, emerging from a long period in stasis…

Whilst not a concept album, The Big Dream and its core theme follow directly on from the 2015 Lonely Robot debut, Please Come Home, in documenting the adventures of the character of The Astronaut. Judging the album by its cover, our hero is pictured in a scene  of discovery, awaking from a cryogenic sleep in  deep space and finding himself a woodland surrounded by animal headed figures. Yes, it’s all very Midsummer Night’s Dream;  a scene and concept  that Mitchell has described as “something of a solipsistic haze.”

This time round there’s a tighter knit band in stark contrast to the all star cast that contributed to Please Come Home. Tighter knit to the extent that a description of ‘less is more’ seems an extravagance;  aided on this set just by his FROST* team mate Craig Blundell on drums, the pair have the luxury of bringing in Liam Holmes keyboards  and Tilt’s Steve Vantsis on bass for live shows yet  there’s no compromise in quality or passion for the project at all.  The transition is seamless.

The cover art matches perfectly the short opening Prologue (Deep Sleep) open that comes as a gentle otherworldly overture and disembodied vocal intro before  the blast of Awakenings. Once the needle drops, The Big Sleep delivers archetypal John Mitchell who’s made his presence felt in It Bites, Arena, Kino and FROST*– bringing to Lonely Robot what his FROST* pal Jem Godfrey describes as his epic songwriting. Big slabs of powerful melodic rock with some progressive leanings accompany  moments of calm and reflection.

Two tracks which have teased the album, Sigma and Everglow  in particular showcase the heavier melodic rock side while In Floral Green and the inspirational The Divine Art Of Being, the latter featuring some lyrical jazzy noodling, give a glimpse of the more reflective side. The grand instrumental march of the title track essentially pulls threads together with an extended guitar passage heralds the onset of the album closure, exhorting “please come home lonely robot”. It leads  a haven of peace in  the Roger Waters-ish Hello World Goodbye, except with a touch of pathos,  and Epilogue (Sea Beams).

It concludes  another highly satisfying piece of work from the seemingly bottomless  John Mitchell vat of creativity. Another chapter too that leaves the door open for continuing episodes…

You can watch the official video for ‘Everglow’ from the album here: