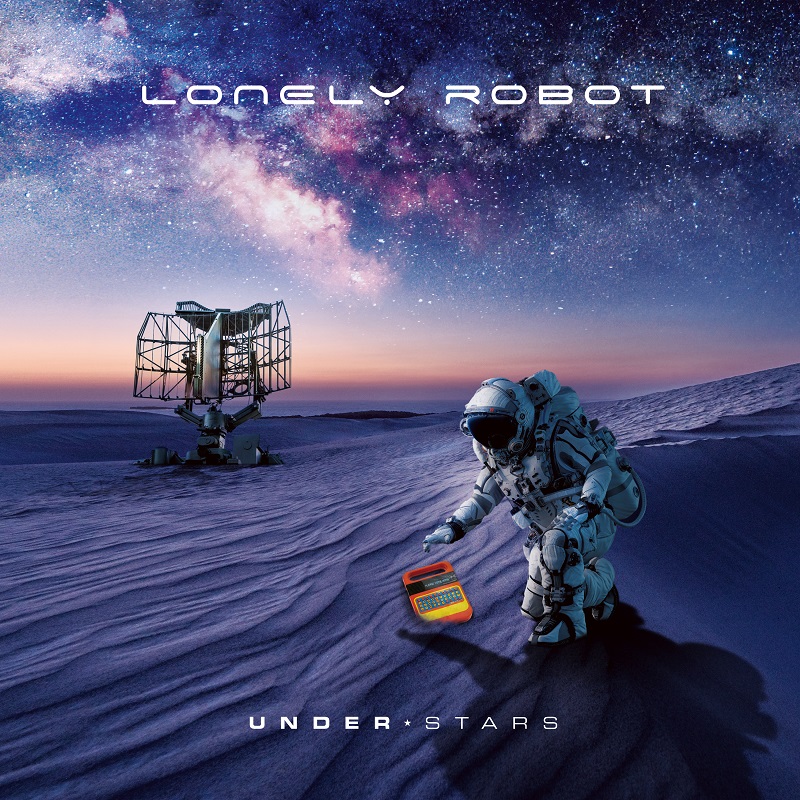 The third and final instalment of John Mitchell’s Lonely Robot album trilogy. Does Under Stars bring things to a conclusion? A happy ending maybe? Or possibly a conclusion that leaves us with a few unanswered questions…

Those in the know have a pretty good idea of what to expect from John Mitchell, not only from his work with It Bites, Arena, Kino, FROST* and beyond, but also his Lonely Robot series that reaches a conclusion with Under Stars. Once again he’s joined again by drummer Craig Blundell and has invited live band bassist Steve Vantsis on board the LR (space)ship for the final voyage.

The follow up to Please Come Home and The Big Dream will delight fans who will be desperately seeking clues and links to the whole trilogy through the lyrical direction. From the opening sequence of Terminal Earth that runs close to a Simple Minds/U2 opening fanfare, holding just short of a keyboard simulated bagpipe sound, there are numerous significant moments and turns of phrase, not least of which comes with the final few moments of An Ending that reprise the “Please come home/We miss you Lonely Robot/All we are is lonely robots” lines from the first album.

There seem to be little clues and cues to the developing narrative and its outcome that appear with repeated listening. Maybe clues as to who is the lonely robot and the robot’s mission in the grander scheme. Knowing John Mitchell’s sci-fi film fascination, you may even spot little references to the genre dotted about. Perhaps Authorship Of Our Lives gives the biggest hints as to the bigger Lonely Robot picture? Or maybe not

Mitchell the bombastic comes across on Ancient Ascendant and  The Only Time I Don’t Belong Is Now while When Gravity Fails adds a touch of dramatic heavy metal and although not necessarily adding to the story in a lyrical direction, one that  you’d struggle call anything but an instrumental tour de force on Inside This Machine. Balance and order is restored with the sensitive title track and How Bright Is The Sun with possibly the most telling guitar break on the album.

It brings a conclusion to the trilogy that back in 2015 might have seemed an ambitious undertaking and one that’s taken on musings about life on Earth, Zen philosophies and our millennial, device-led generation. As intriguing as the Speak & Spell terminal on the cover art…say no more…

Watch the video for Ancient Ascendant from the album here:

We also got John to weigh in with his top five SciFi films:

The original dystopian vision of the future. I believe Harrison Ford was originally a bit critical of the film because he considered it a triumph of style over substance but even if it is guilty of such a thing, it’s a hell of a style. I’ve been to Japan 11 times now and you definitely get a Blade Runner vibe the first time you go. It’s a bleak but beautiful piece of art.

A lot of the message of this film is based around the endless struggle between faith and science. The juxtaposition of the faith of Reverend Palmer Josh and the scientific reasoning of Dr Eleanor Arraway and their conflicted relationship is the lynchpin of the movie. Ultimately Eleanor has to come to terms with the fact that faith, not necessarily religious faith is just as vital as science and you can’t have one without the other. It’s a deeply poignant film and deserves to be more widely recognised than it is.

Well, it has to be in here by virtue of the fact that it is so groundbreaking. There’s even a conspiracy theory going around that NASA hired Stanley Kubrick to fake the moon landings on the basis that the SFX in the film were so incredible at the time and their endeavour was doomed to failure. Whatever you believe, you can’t deny the impact this film had at the time. It’s fairly slow paced but that’s what I love about it. Some people are still perplexed by its overall meaning but that makes it all the more intriguing.

A relatively recent film but no less deserving of its place in my top 5. A complete triumph considering the budget and by virtue of the fact that the whole movie rests on the shoulder of one actor pretty much. It has a very budget ‘space 1999’ retro feel to it but that only adds to its charm. It also contains possibly the most heartbreaking reveal in a film ever. If you haven’t seen it I would argue that this is the most essential of my top 5.

You can’t really have a top 5 Sci-fi without either Alien or its sequel Aliens. I’m going with Alien however as it relies more upon the unseen threat more than its bigger budget sequel which is arguably more gung ho but repeats the trick of the first film with perhaps less finesse and originality. The fact that Ridley Scott directed two of the films in my top 5 tells you pretty much all you need to know about the guy. The tagline of the film was ‘In space, no one can hear you scream’. That’s possibly the best heads up you can get before you watch this for the first time. We’ve had endless sequels to this film but this is the original and the best.