Home Blogs London Life: The Magazine of the Swinging Sixties – by Simon Wells... 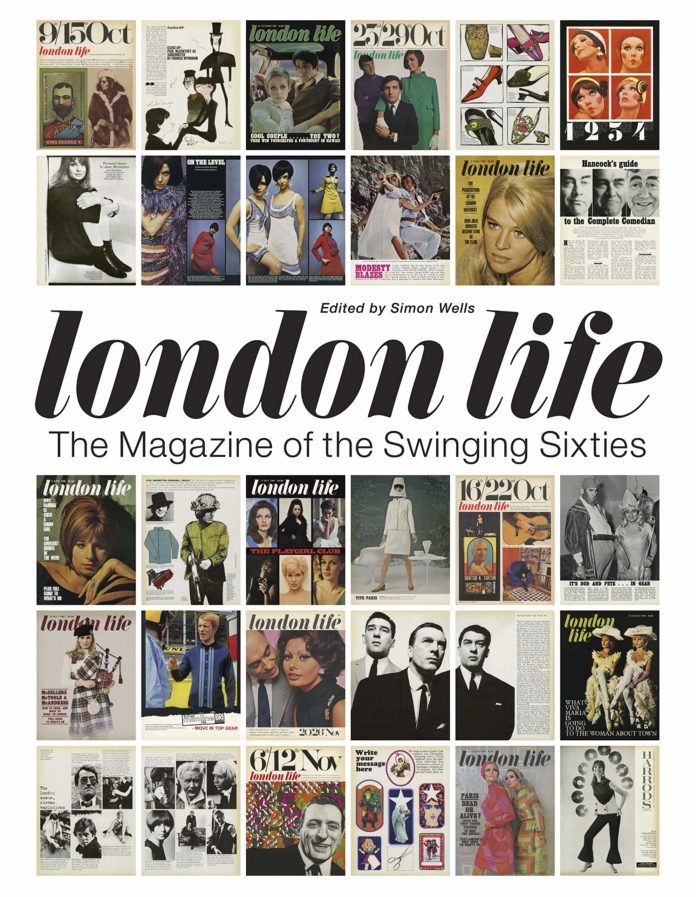 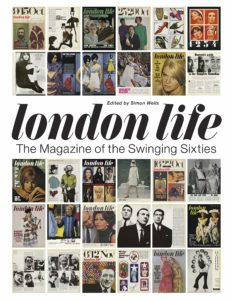 London Life: The Magazine of the Swinging Sixties
By Simon Wells

Every generation thinks they are the coolest. That they have invented something so radically different that it couldn’t possibly have existed before. Whether it’s music or film, fashion or drugs, each decade’s youth believe that they are the pioneers of cool. But, of course, when all is said and done, every decade ultimately bows down to the magnificence of the sixties. Specifically, the sixties as viewed through the prism of one particular city – London.

Perhaps I’m influenced by the fact that I was born in the sixties, a child born to two naïve teenagers. Maybe the culture and sheer vibe of the sixties permeated my DNA because my parents were just kids themselves. That’s why I could spend hours lying on the living room floor poring over Sergeant Pepper’s artwork to a soundtrack provided by The Kinks.

But whenever you were born, there’s no denying that the swinging sixties is a very special period in our cultural evolution. I mean, what’s not to love? This was the decade of The Beatles and The Stones. Of the Kray Brothers and Mary Quant. Of LSD and Carnaby Street.

Throughout the previous decade, London was a gloomy, grimy post-war sprawl. The sixties saw it transform, emerging boldly from its cocoon before exploding into a riot of colour and noise. For a decade or so, it was the global epicentre of style. It was transformed from a conservative city into a place where anything could happen and probably did.

There has been so much said about the sixties in the intervening years. So many books, films and documentaries. But only one magazine was right there at the pulsating heart of swinging London to capture every mood and moment. That magazine was London Life. This extraordinary publication was the lava in the lamp, oozing through every nook and cranny of cultural life and documenting it with precision and love. Quite simply, London Life was the coolest document from the globe’s coolest city.

Indeed, in his beautifully written introductory passages, editor Simon Wells outlines precisely why the magazine was so special, stating that “London Life remains the truest reflection of that amazing period”.

This book is a wonderful collection of articles, features and interviews from the magazine, all carefully compiled by Wells. The interview subjects are incredible. Basically anyone worth speaking to in the 1960s is covered, from Tony Hancock to David Hockney. There is an absolutely compelling interview with Beatles manager, Brian Epstein, just one year before his tragic death. Knowing what we know now, it is incredibly poignant to read the piece, particularly where his friends describe him as “tough, but easily hurt”.

There are also so many little interesting curios here. For example, an extract from an article on the Krays that describes them as though they are normal East End blokes who just happen to run the local corner shop. Reading the piece fifty years later one could be forgiven for wondering quite why the magazine chose to feature them alongside such luminaries as Paul McCartney and Peter Cook.

Then there’s the fantastic article on Mick Jagger accompanied by a delightful illustration drawn by the wonderful cartoonist, Gerald Scarfe. There’s a hairdressing feature written by Vidal Sassoon and a fashion piece by Jean Shrimpton.

Most surreal however, is the music review column written by the 18-year-old Marc Bolan. He doesn’t hold back as he absolutely slates The Who’s new album, My Generation (although he does confess that he thinks the title track “really swings”). He is much more complimentary about Bob Dylan’s album, Talkin’ New York (“he makes a guitar sound like a motorbike”) and Nina Simone’s Forbidden Fruit (“she plays piano like a motorbike”). Young Marc clearly had some stuff going on where everything that appealed sounded like motorbikes. I subsequently found myself wondering about the influence of Triumph and Norton on T Rex.

My own personal favourite aspect of the book though has to be the photography. It absolutely exemplifies the period and you could sit and gaze at these wonderful shots by such giants as Terence Donovan and David Bailey for hours on end.

London Life – The Magazine of the Swinging Sixties is perfect for anyone with even the remotest passing interest in youth culture, music, photography or fashion. Oh, and great writing. Such great writing. The articles, interviews and features are incredibly written and Wells has done an excellent job in curating the very best of them for this book.

It’s the type of book that you would display proudly on your coffee table. One that you would never tire of picking up, dipping into and leafing through whenever you have five minutes’ downtime.

Overall, I’m reminded very much of another iconic publication that is no longer with us – The Face. The book features many of London Life’s iconic covers and it feels like the designers at The Face were influenced by these. Furthermore, the similarities in attitude and devotion to quality between both publications are striking.

I will leave the last word to the great Peter Blake, designer of that iconic Sergeant Pepper cover, who says in his foreword, “this book is packed with memories, for me or anyone of my generation, and full of stories and information if you are too young to have been there”. That’s a beautiful way to describe it.