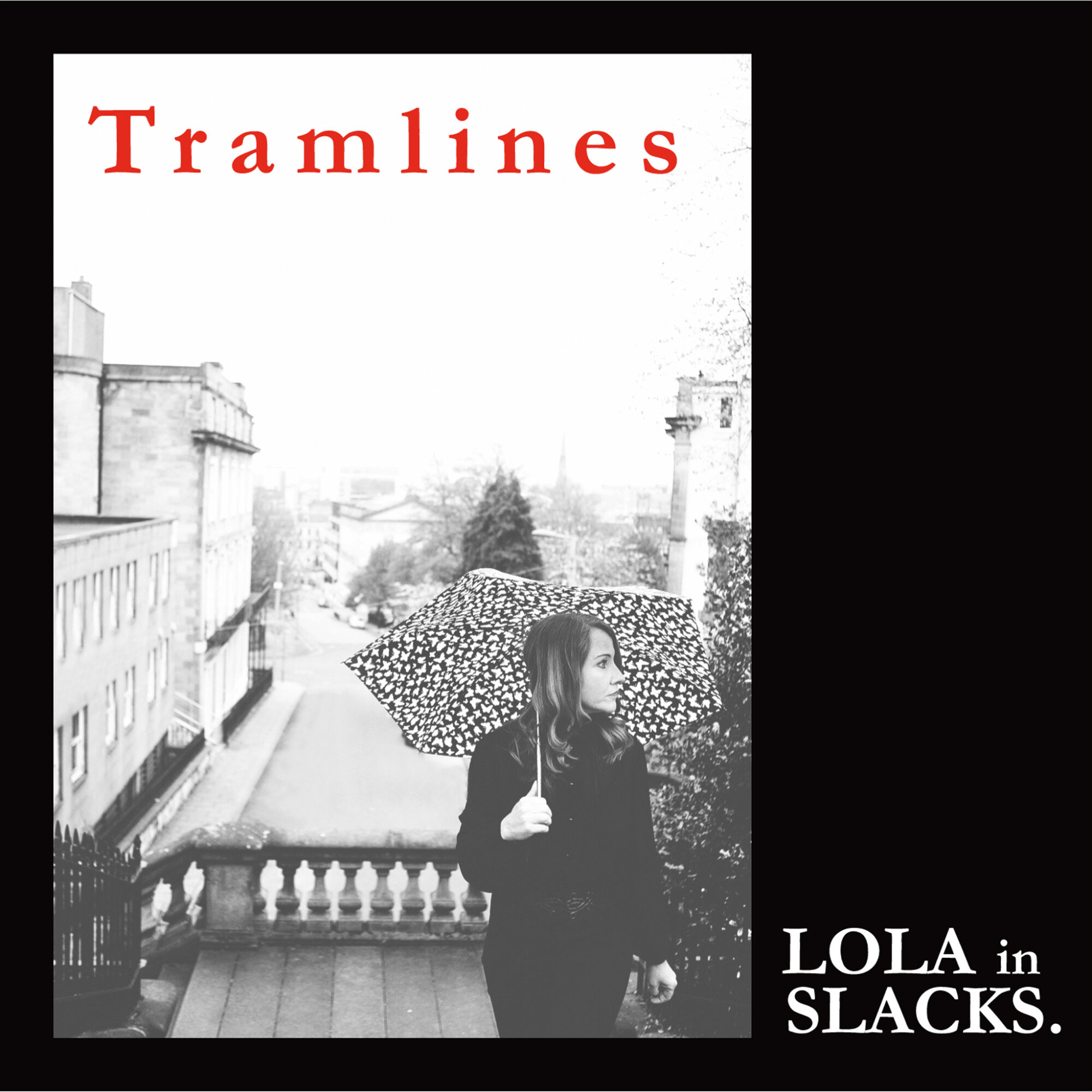 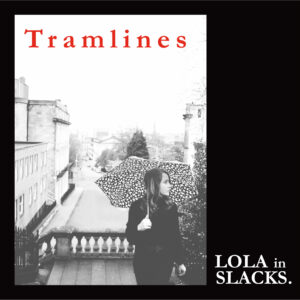 After a series of attention grabbing performances around Glasgow, louche bohemians Lola in Slacks release their dramatic debut single Tramlines. Fans of Echo & The Bunnymen, PJ Harvey and The Velvet Underground will find much to love in this bold debut, reckons Gus Ironside.

Tipped by Louder Than War as one of the bands to watch in 2015, Lola in Slacks are set to release their debut download only single, Tramlines on August 31st on Stereogram Recordings. In keeping with the band’s distinctive Francophile style, they have announced a Single Release Soirée at the CCA in Glasgow on August 28th to launch the single. Stellar support is provided by special guest Roy Moller, who will be performing tracks from his acclaimed album My Week Beats Your Year, accompanied by a full band that includes New York anti-folk instigator, Lach.

Fronted by spellbinding chanteuse Lou Reid, Lola in Slacks exude the garage swagger of The Velvet Underground spiked with the bold confidence and freedom of Tim Buckley. Having developed her distinctive vocal and performance style busking on the streets of Paris as a raw 19 year old, Reid brings a Piaf-like authority to the group’s noir atmospherics and superior song writing. The singer evokes comparisons with Marianne Faithfull, Nick Cave and Jacques Brel in the songs she co-writes with guitarist Brian McFie, who cites Stooges guitarist James Williamson and Al Green’s guitarist Teenie Hodges as key influences.

Tramlines draws the listener into a dramatic world of dark, shimmering beauty, illuminated by tantalising shafts of sunlight. Reid’s gift for imagery is readily apparent as she conjures sepia tinged scenes wrenched from buried memories. It’s an instantly addictive entry into Lola in Slacks’s bohemian netherworld, captured beautifully by producer Sandy Jones at Foundry Music Lab in Motherwell. Fans of Echo & The Bunnymen, PJ Harvey and The Velvet Underground will find much to love in this bold debut, which refuses to play along with current trends for the ephemeral, marking Lola in Slacks out as a class act with grand musical ambitions.

When asked by Louder Than War about her influences, Reid cites an intriguing range of inspirations: “Musically, I am inspired by the work of many. Most notably the vocal prowess and lyrical content of the likes of Piaf, Jacques Brel, Tim Buckley, Tom Waits, Leonard Cohen, Iggy Pop, Serge Gainsbourg, Juliette Greco, Elizabeth Fraser and early Roxy Music.”

Turning to the world of literature, the singer continues “I love literary outlaws like Alex Trocchi and Jean Genet – maybe I have felt like a bit of an outlaw myself most of my life. With a rebellious and criminal heart like mine (laughs) it wasn’t difficult to fall in love with the works of Trocchi and Genet. The French Symbolists too. I adore the work of Baudelaire, Rimbaud, Verlaine, Mallarme ….”

Well, that certainly makes a welcome change from the usual run of the mill influences cited by many bands, and it puts Lola in Slacks in good company with similarly literate label mates The Band of Holy Joy.

Reid is also an aficionado of a key influence on The Stranglers‘ Jean-Jacques Burnel, as she explains: “I’ve been devouring the works of Yukio Mishima lately. Spring Snow is one of the most beautiful and despairing books I’ve ever read. His imagery and use of metaphor are relentlessly breathtaking. Mishima’s own journey fascinates me too, which is ever present in his work.”

Reid’s affaire de coeur with Scotland’s ancient ally runs through the band’s songs. “Paris at any time of the year, except for August – all the Parisians leave town in August – is truly inspiring for me. My spiritual home. It breathes and glistens like nowhere else.”

Expanding on her, at times, picaresque years in the French capital, Reid adds mysteriously: “Most of my secrets are hidden there. I like to return to Paris and remember, not repeat, my youthful follies from time to time.”

A telling Edith Piaf reference makes an appearance in the final inspiration she cites: “Falling in love inspires me, however fleeting or enduring that may be. The surge of exhilaration often comes with a heavy cost though – paid for with scalding bitter tears.”

Stooges fixated guitarist/songwriter Brain McFie is also driven by compelling values, as he explains: “I think that, to a large extent, music, art and literature, in fact culture in general, has been hijacked by overt commercialism. Procreation and consumption are pushed as the only important human functions. Those who set great store by the enriching and life affirming nature of the arts have been marginalised by burgeoning capitalism.”

Making an oblique reference to the hurdles the band has had to surmount to release their debut single, McFie continues: “I am a great believer in thriving in and to a certain extent, on, adversity. It’s a cause which Lola in Slacks has at its core. Important values such as craft and rigour are innate to our process. This set of values or philosophy has been tested recently and unsurprisingly came out on top. Cynicism is a tiresome stance to take. Understandable but futile. It’s a great time to be creative.”

So, what are Lola in Slacks’s ambitions for the future? Reid’s answer demonstrates the extent of their ambition. “To continue writing songs, playing live and recording. The goal for 2016 is to release the debut album and for it to reach as large an audience as possible. I would also love to play some shows in my beloved France at some point. A European tour would be lovely in fact, and then perhaps further afield.”