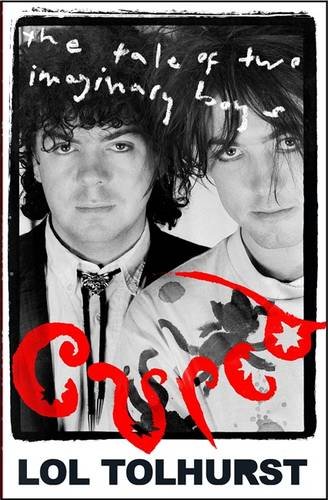 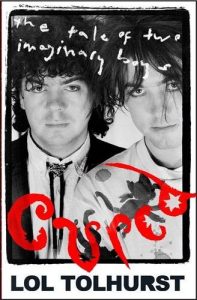 Multi-instrumentalist and founder member of The Cure, Lol Tolhurst’s personal memoir. Taking us through his youth, the meteoric rise of the band, his descent in alcoholism and his eventual redemption. Simon Tucker reviews:

It’s safe to say The Cure are one of our most revered bands. Throughout their career they have created some of the most progressive rock and pop making some of the most unconventional singles ever to break the charts. This is the memoir of one of its founder members, Lol Tolhurst. Now, many modern rock memoirs/autobiographies follow the same cliche ridden path. Band forms when young, suddenly they become famous, along comes the sex, drugs and industry, band falls apart. Cured has plenty of this but what makes this different to other books of this nature is that there are no scores being settled here. This is not a warts ‘n’ all account of what it was like to be in a band pushing boundaries. What it is is a book full of warmth, humour and redemption…which we will come to later.

The book starts with details of Tolhurst’s upbringing and his first meeting with Robert Smith. This part of the book is familiar to many. We hear of a grey Britain, of civil unrest, of cruel governments and school system and the much needed punk movement. The sections detailing the first rehearsals/gigs are funny and full of positivity even when the band were facing off against disinterested audiences and factions of the far-right whom were prevalent at the time (nothing ever changes). Tolhurst writes with extreme passion and pride in the band he helped form and is full of praise for Smith and Simon Gallup (you can throw in Pol Thompson and Micheal Dempsey in here as well as even though their tenure with the band wasn’t to last, Lol never once discusses them in a negative light).

As the band go through the machine (get signed, get bigger shows, start touring the world) the love Lol has for The Cure, its members and fans bounces off the pages which makes Cured a page turner par excellence.

Cured never gets bogged down in the minutiae of the recording process as we speed through the making of classic albums such as Seventeen Seconds, Faith, Pornography etc. This is not a book for those wishing to know how a certain song came into being, or how certain instruments were made to sound like they did. This is in due part due to the ferocious work ethic of the band. If they were not in the studio they were on the road with one year playing a show every three days. The pace of life in the band at this point is matched by Tolhurst’s writing style which means you fly along the road with them devouring each page.

Tolhursts’s eventual descent into full blown alcoholism and his eventual leaving the band and court case is told in a very matter-of-fact style and this is where the true heart of the book lies. One of the most telling parts of the book is when Lol discusses his first drink:

“My first impression was how much it stung my throat on contact, but it was the second sensation that really caught my attention, so much so that I can instantly recall it, forty-three years later….mysterious and malevolent in equal measure….” “From the very beginning I was a blackout drinker”

Anyone familiar with recovery will recognise key words in these passages and will help you understand the true meaning behind the memoir. This is is the work of someone who has worked, and continues to work, through the program. This is why there are no recriminations or resentments present. This is a book where the author is telling a story whilst continuing to heal themselves and that is why it is so joyful and full of hope even in its darkest sections where the illness was at its most destructive.

Cured is a wonderful read that not only tells the story of one of our greatest bands but also how recovery can help heal not only the addiction but the personal defects and deep lying issues within us that helped cause the illness to manifest itself within. A positive story and one that shows that if you believe in yourself and what you (and your friends/family/band) are doing you can not only conquer the world but the demons that exist within it.

Lol Tolhurst will be in the UK chatting about the book on the following dates: