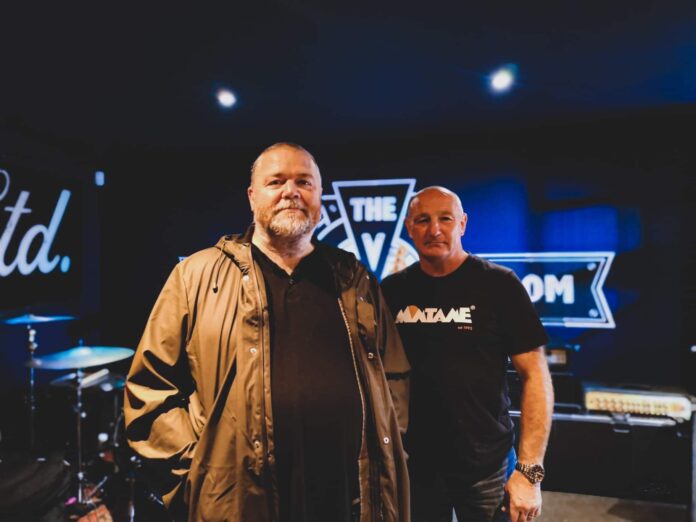 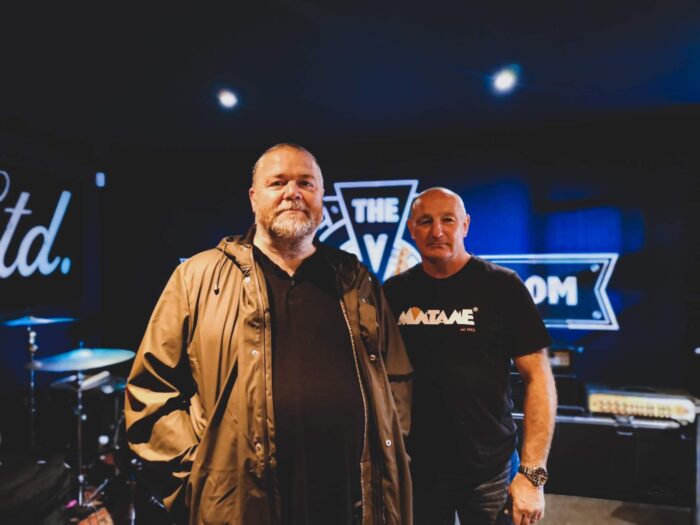 The grassroots music scene throughout the UK has been hit hard by the consequences of the current Coronavirus pandemic. Not only have performers found themselves deprived of a vital source of income and exposure, due to strict but understandable UK Government restrictions, but also small, local venues have been struggling to survive and find ways of re-opening that are financially viable while complying with Covid-19 restrictions.

North-East music promoter and manager Mark Elliott is well-known locally for his wholehearted commitment to the local music scene and to developing and supporting new artists such as North Shields’ rising stars, Hector Gannet. Lockdown restrictions were enforced at a particularly cruel time for Mark’s latest venture, an intimate new music venue called The Engine Room, which had been due to open in North Shields’ historic Fish Quay district.

Mark explained the origins of The Engine Room to Louder Than War: “The Engine Room idea came about after a space became available in a listed building that my business partner Graeme Duff and I felt would work really well as a very small ‘Grassroots Music Venue’ (GMV). We knew there was a need for smaller venues; after years of attending gigs, it’s often the case that you see bands rattling around in an all but empty room, and that doesn’t tend to work well for the artists or the few people they have managed to attract.”

“We’d had conversations with agents, promoters and press about support, they were booking artists here and it all just stopped, without really starting (due to lockdown). We toyed with the idea of streaming, but I was seeing a lot of performances online which were stuttering and failing and I felt once again that it didn’t do the artist or the viewer any good. I spoke with Northwood Sessions about filming, and I knew that artists would jump at the chance to actually play and film something, record the audio, which Guerilla PA took care of, and then if we could edit the footage and mix the tracks, it would come over far better than some of the stuff I’d seen online”, Mark explained.

“So after ensuring we had the social distancing sorted and safety measures in place we decided we’d do a couple of solo acoustic recordings behind closed doors, and the results have been superb. The only thing missing was an audience, and whilst that was quite weird when you’re stood in a venue, the end result makes really good viewing and listening. Who knows where we go next, maybe we’ll try a band or two if we get the chance to do any more.”

Following the success of the Hector Gannet performance, Mark invited three leading local songwriters to take part in another lockdown performance, with Louder Than War invited to attend the recording.

Filmed on July 29th under strict Covid-19 restrictions, all three acts delivered spell-binding performances, despite the lack of an audience. Check out the three videos below, along with a brief review of each performance.

I SEE ISLANDS
1. Am I Invisible
2. Calm Down
3. I’m Not Losing
I See Islands consists of singer-songwriter Seamus Joseph O’Donnell and keyboardist Declan Flannery. The duo conjured up a powerful, hypnotic atmosphere based around O’Donnell’s cyclical chord progressions and affecting vocals, with Flannery’s sympathetic keyboard textures adding depth. With their debut album already recorded and mixed, I See Islands are ones to watch.
NEV CLAY
1. Cartoon Eyes [North Shields version]
2. Leaving Do
3. Derelict
Nev Clay is a much-loved veteran of the Newcastle music scene. Nev’s Engine Room performance showcased the off-beat humour and mesmerising guitar-playing that characterise his live shows. Check out Nev’s captivating performance below.
BEN HOLLAND
1. Sunshine or Showers
2. Dusk
3. The Grand Hotel
Also an accomplished visual artist, Ben Holland dazzled with his performance of three highly witty folk songs, accompanied by some beautiful guitar-work. A remarkable songwriter who deserves to be heard more widely.

With internal soundproofing and an in-house PA, The Engine Room boasts impressive acoustics for such a small venue. Mark Elliott describes the venue as “a celebration of the heritage of the area, with reclaimed Victorian signage from one of the best and longest running businesses on the Quay, Wm Wights, part ships chandler, sweet shop, coffee shop and all round central part of the community on the Quay.”

Mark explained that the bar area was formed from reclaimed enamel bricks which were manufactured on the Quay in the 1800s, and sourced by his business partner Graeme, who also sourced the locally made nautical items which adorn the bar area.

“We really want this place to be somewhere that arts and artefacts can be enjoyed, not just music”, Mark concluded.

I See Islands are on Facebook.
Nev Clay is on Spotify and Bandcamp.
Ben Holland is on Instagram.

Video by The Northwood Sessions.

Audio by Guerilla Event and PA.

Many thanks to Mark Elliott.