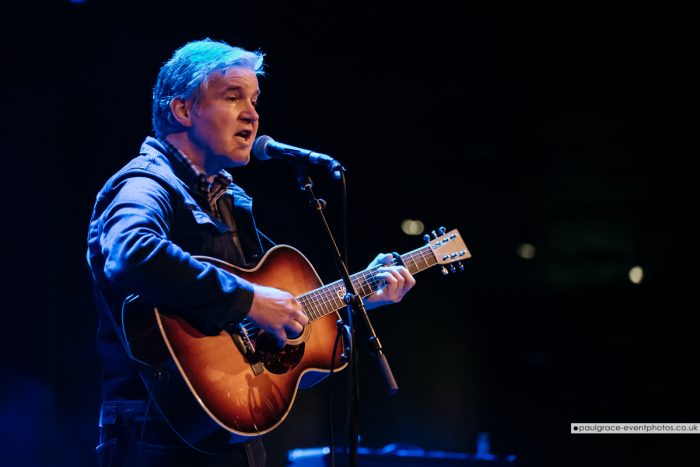 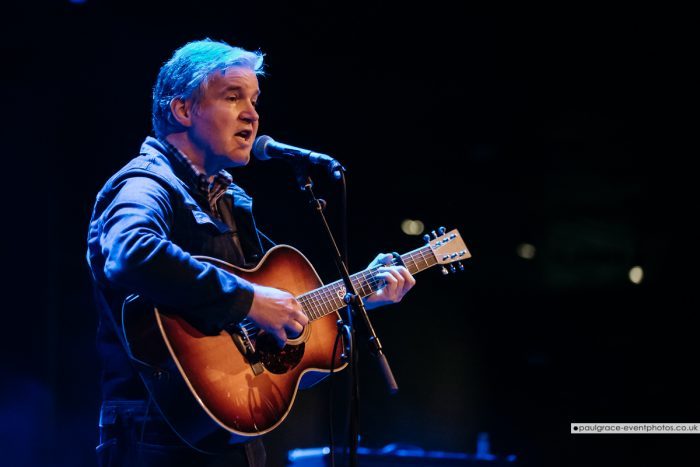 Lloyd Cole closes off his 2016 European tour in style with a third sold out show at Union Chapel. Louder Than War’s Craig Chaligne reviews.

Londoner’s were lucky enough to have two sides of a same coin available to them in just the space of a couple of months. After hitting the capital with The Leopards last August, Lloyd Cole embarked on a two month European tour that saw him revisit his back catalogue (from 1984 till 1996) acoustically with the help of his son William. Having  toured solo for almost two decades now, Cole has fully mastered the craft of entertaining crowds with his songs and his dry sense of humour. The shows were supposed to be timed with the release of a boxset chronicling his early solo output but delays in the process meant it will be only be available in early 2017. His announcement that the show would only be made up of ld songs was greeted enthusiastically (to which he replied by some mock pouting). Solo for the first half, Lloyd started off with a trio of Commotions songs (including an excellent reworked version of “Rattlesnakes”) before making a Prince song his own (“Sometimes It Snows In April”). The excellent “Love Ruins Everything” from the underrated “Love Story” LP was followed by a song from The Commotions last recording session early in 1988 called “Lonely Mile”. Comic relief was provided by Lloyd’s explanation on why he adjusted his hair each time he took off his glasses after tuning. A couple of well known Commotions numbers (“My Bag” and “Four Flights Up”)  were followed by the delicate “Butterfly” from 1991’s “Don’t Get Weird On Me Babe”. “So You’d Like To Save The World” and “Jennifer She Said” closed of the first set on a catchy note.

The second half saw William (sporting a haircut that was more Jesus and The Mary Chain than Commotions) join his father. Starting with the longing “Don’t Look Back”, the duo then played the rarely aired “Mr Malcontent” and Will displayed his guitar skills on “Like Lovers Do”. The second half was dominated by the Commotions songbook with its middle part featuring four songs from Rattlesnakes (“Are You Ready To Be Heartbroken ?”, “Charlotte Street”, “Perfect Skin” and “2CV”). One of Cole’s best love songs “Undressed” from his first solo album gave way to the atmospheric “No Blue Skies” that worked surprisingly well in this stripped down format. “Hey Rusty” gave him the occasion to thank all the spouses and partners in the audience that came along to satisfy their other halves musical tastes. Closing off with “Brand New Friend”, father and son returned with a celebratory whisky in hand (last date of the tour) to perform “Lost Weekend” and “Forest Fire”.

Photo by Paul Grace from the Lloyd Cole and The Leopards show at The Brooklyn Bowl. For more of his writing and photos go to his archive. Paul is on Facebook, tweets as @pgracephoto and his website is www.paulgrace-eventphotos.co.uk