Home Best of the Web Llangollen Fringe Announce Great Line Up Including Gruff Rhys and Specials /... 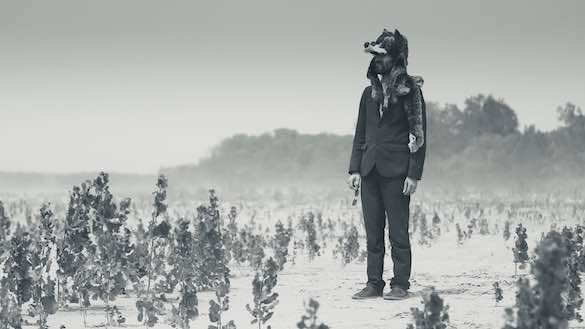 Gruff Rhys (see photo above), Neville Staple, Glenn Tilbrook and Transglobal Express are among 2014 line up for Llangollen Fringe.

The line-up for the sixteenth year of this ever popular festival, which runs from 17th to 27th of July in this ever-popular North Wales town, has been announced. A festival that in the past has been graced by The Damned, The Buzzcocks and Wilko Johnson has unveiled another unmissable bill.

Ex-Super Furry Gruff Rhys will perform songs from his brilliant new album American Interior in the Town Hall on Friday July 18th which is reason enough to make the journey. However, the next afternoon sees Fringe Acoustica headlined by The Goat Roper Rodeo Band, before legendary Specials and Fun Boy member Neville Staple takes the stage that night. Not enough for you? How about heading off on a steam train the next day with some live blues to help speed you along. Think Chigley meets Howlin Wolf, possibly. Or you could always catch a rare screening of ‘The Extremist’, the controversial Paul Ferris film that details the bombing campaign that preceded the investiture of Charles as Prince of Wales in 1969, or even Jon Ronson’s one man show ‘Frank Story’. This sees the Men Who Stare at Goats writer also give an insight into his time with Frank Sidebottom’s band. That is a pretty good weekend in anyone’s book, but there’s more!

The acclaimed ambient synth-pop of East India Youth makes a hotly-anticipated appearance on Wednesday July 23rd, followed by Squeeze legend Glenn Tilbrook the next night. World Fusion WOMEX headliners Transglobal Underground make a welcome return on Friday 25th before the Ghanaian ‘Godfathers of World Music’, Osibisa tear it up on the Saturday.

Also appearing will be Victoria Coren Mitchell and stand-up comics Paul Sinha and Gary Delaney. There are a host of other events for all ages taking place throughout the two weeks which may well convince you that Llangollen is the place to be in July.

For further info and ticket details please visit the website.