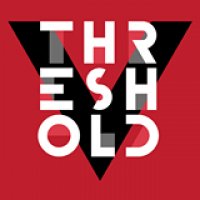 Back for its fifth edition on March 27th – 29th, The Threshold Festival of Music and Arts has been the toast of Liverpool’s cultural calender since its inception. With The Guardian describing it as an event where ‘homegrown musicians, artists, poets and dancers congregate within the warehouses of Liverpool’s Baltic Triangle’, it’s easy to see why the city has welcomed the Threshold experience with open arms.

Having already announced artists appearing including The Baltic States, Mutant Vinyl, Mersey Wylie, and Elevant, we were keen to discover who the festival organisers had selected to compliment the initial line up – we certainly were not disappointed when today they confirmed Nubiyan Twist, CuT, Super Fast Girlie Show, DROHNE, and Paddy Steer.

Using the once derelict and now booming warehouse venues of the Baltic Triangle, which has drawn comparisons to Berlin, Shoreditch and the Meatpacking District of New York, Threshold has grown up with a playground for those seeking the alternative, experimental and fresh.

Entry to the festival is via a Weekend wristband, the early bird wristbands sold out in record time; full weekend tickets are currently available for £15 from Skiddle, however pay on the door will be available at District (The Picket) on Fri 27th March.