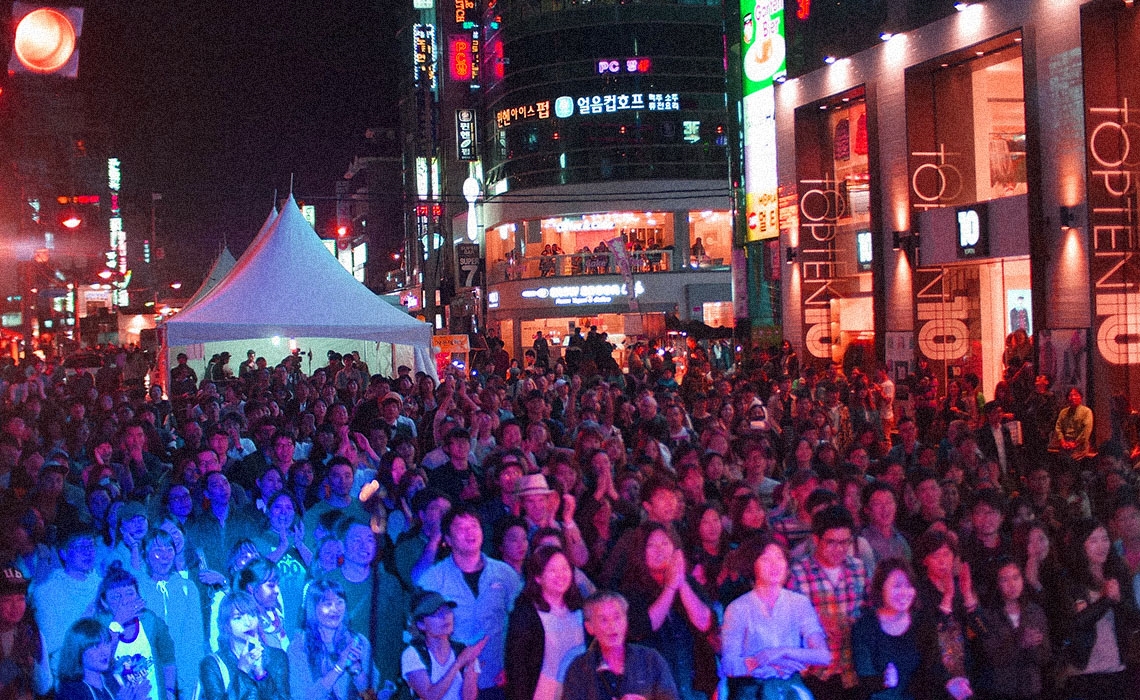 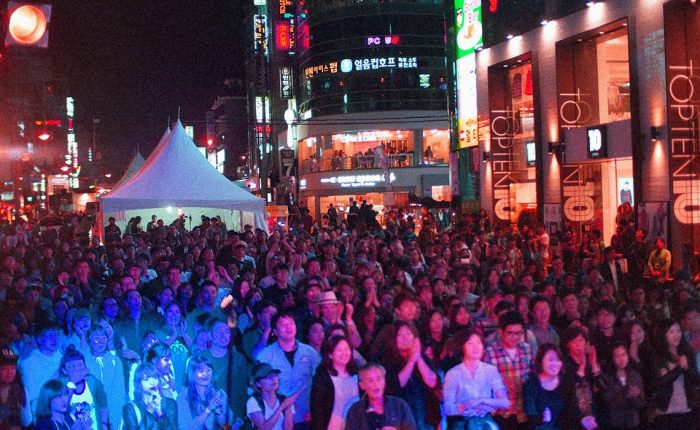 Every now and then along comes an something that reminds you just why music plays such an important role in our lives.  At a time when the UK seems to be becoming more inward looking and news from the USA and Turkey has us all despairing at the state of the world along comes Sound City to remind us that music can raise us above politics and goes beyond language and borders.

Liverpool’s Sound City are offering UK artists the chance to travel to South Korea and perform at two of the region’s leading events, and are delighted to announce that applications are now open for artists to apply to showcase at Zandari Festival (30th September – 3rd October) and MU:CON (6th – 8th October).

Zandari Festival and its conference focuses on the live and independent sector, with 200 emerging artists performing in 22 venues to 3,000 industry delegates and 15,000 music festival attendees. MUCON festival takes place from 6th – 8th October, and showcases 150 artists to an industry audience of 3,000 industry at its conference. It has a particular focus on publishing and sync licensing.

Sound City are able to offer an amazing opportunity for artists to perform at these festivals this October, and are inviting artists plus a member of their team to apply to perform at Zandari Festival and MUCON.  The lucky artists will receive funding support to attend the showcases and will have the opportunity to showcase their talent to an an international audience and industry movers and shakers.

South Korea is a rapidly developing territory for music, with a thriving live music sector and a music subscription model which generates $139.6 million of  revenue per year, accounting for 92.3% of all digital revenue and 53% of total trade revenue, according to the IFPI. This compares to $70 Million from both subscriptions and ad-supported streaming in the UK.

Artists have until 6pm 1st August 2016 to apply for this incredible opportunity.  Artists should be based in England and include details of their current UK and international activity in their application as well as links to their music.  Artists can make their application here via the Sound City website.

In 2015, Sound City supported 6 artists to go to South Korea to perform there; The Tea Street Band, Hyde & Beast, Natalie McCool, Johnny Sands, Fizzy Blood and Chelou. The artists are expected to generate £55k+ for from the trip over the next 2 years.

Sound City is one of the UK’s leading music, arts and culture festivals, based in Liverpool.