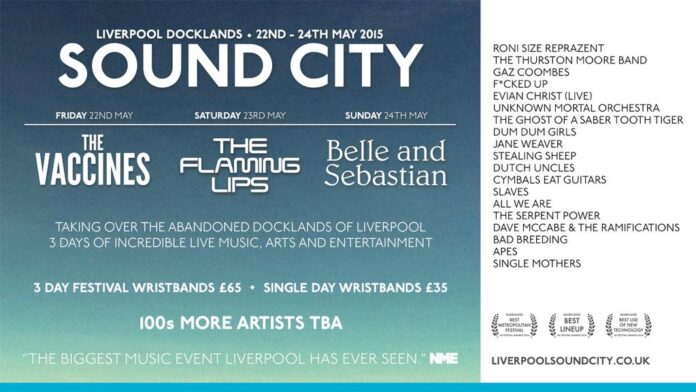 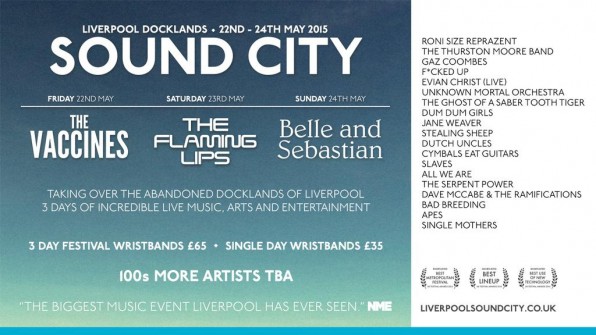 Liverpool Sound City has revealed the final musicians and bands to play the May festival.

The bill was already the best they have ever had with headliners The Flaming Lips, The Vaccines and Belle & Sebastian, Fat White Family, Swans, The Cribs, George the Poet and Iceage who are now joined by post-punk outfit The Membranes, Warp Records’ highly rated Lonelady and rising lo-fi pop band Gengahr and the cream of a fast rising local Liverpool scene including GIT Award nominees Hooton Tennis Club, LIVES, Silent Sleep, Johnny Sands, Ady Suleiman and Sankofa.

The festival has also announced four brand new stages for their new docklands base – The North Stage, The Cavern Stage, The Kraken Stage and The Record Store with hundreds of upcoming signed and unsigned acts across the four.