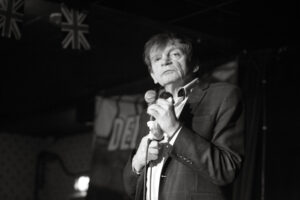 From Liverpool to Barcelona – The Sound City Conference returns for 2015

Sound City have announced its 2015 conference will take place in the magnificent Rum Warehouse at The Titanic Hotel, Stanley Dock, Liverpool.

Taking place from 21- 22 May, the now legendary international music conference will debate, discuss and highlight key issues with the contemporary music business on – brought to you by some of the leading figures in the global industry. The key theme for 2015 will be the notion of The Unsung Hero.

First to be announced as part of the conference line up, under the theme The Unsung Hero, will be The Fall’s acclaimed front man Mark E. Smith, king of NYC punk and Ramones manager Danny Fields and ‘local lad done well’ Billboard hall of fame master of EDM, James Barton, creator of Cream.

As if that wasn’t enough, Sound City is announcing a partnership with their legendary Mediterranean cousin – Primavera Pro. (27th-30th May). As part of this partnership this means they are offering discounted tickets to the Primavera Conference for all delegates who attend Sound City.

Described as “one of the godfathers of punk”, Danny Fields is best known for discovering and managing the Ramones and bringing them to England, where they had an enormous impact, inspiring the nascent UK punk movement of the 70’s. Fields’ lesser know achievements include his publicist work with The Doors and Jim Morrison, convincing Elektra Records to sign the MC5 and The Stooges, who both served as major inspirations for the US and UK punk music movements of the 70‘s. 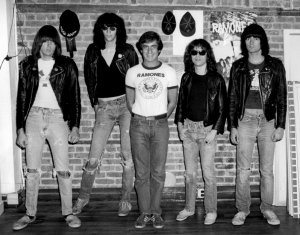 Said Danny Fields, “I am so looking forward to being in Liverpool for this event. I had the great pleasure of participating in Liverpool Sound City’s New York seminar last year and I can’t wait to bring those great vibes back across the Atlantic.”

As the only consistent member of The Fall, Mark E. Smith can undoubtedly be pinned as a key figure in inspiring generations of underground bands, ranging from waves of sound-alike indie rockers in the UK to acts in America and New Zealand. With the band’s music evolving through numerous stylistic changes, they maintained a strong cult following. The likes of Sonic Youth, The Happy Mondays, Suede, The Artic Monkeys, Belle and Sebastian and many more have expressed the influence the band had on their music, mimicking their style or covering their tracks.

Liverpool Sound City Conference takes place on the 21 and 22 May 2014.

Liverpool Sound City’s music festival takes place 22-24 May. At this stage only one act has been announced; Belle And Sebastian are to headline Sunday 24th May 2014