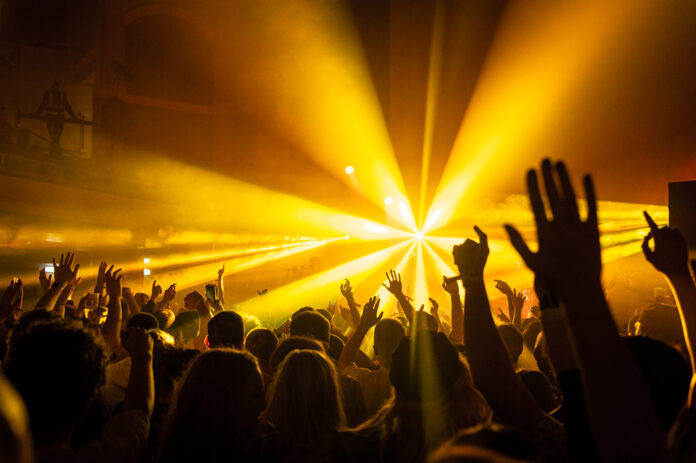 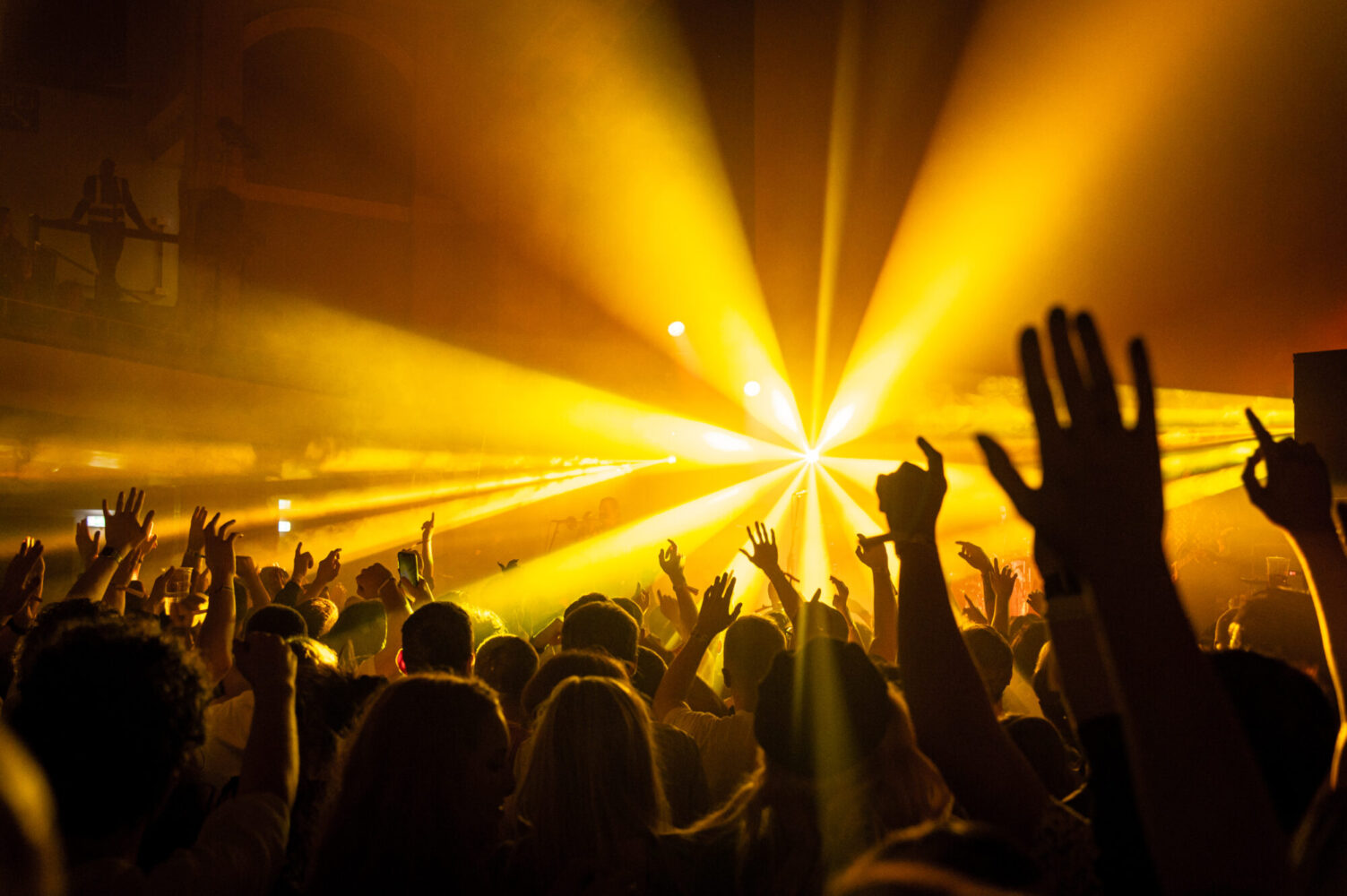 Festival Season is truly upon us, despite the still present effects of the pandemic. Louder Than War’s Banjo spends a weekend at Sound City 2021 and reports back from a wet, windswept weekend.

Today is a big day. My first festival, my first gig and one of my few trips into town since Lockdown first descended on us back in March last year. This is an event. I must admit, I am expecting a lot from Sound City.

The last time I came to Sound City, it was held on a sunny May weekend in Liverpool’s Baltic Triangle, a collection of add, cool bars and venues outside of the City Centre that has proved once again the City’s ability to regenerate itself when it needs to. This year the festival has moved to Liverpool City Centre on a cold, wet October weekend. Gone are the casual strolls in the sun with the only people on the streets being fellow festival-goers, replaced by dashing from venue to venue between downpours and dodging masses of people out shopping, drinking and enjoying their weekend. Sound City 2021 is set to be a very different affair.

Another change, it has to be said, is in the quality of the lineup. Or at least the recognisability of most of the names on the bill. There are a few big names here and a few who would seem to be headed that way, with The Snuts and The Lathums scoring number one albums since the lineup was first announced, but I imagine that the average gig-goer would struggle to recognise a good many of the bands appearing over the weekend.

That said, this has always been part of the charm of Sound City, wandering around off the beaten track and discovering previously unheard of gems.

This, I decide, will be the approach I take to this year’s festival; I will avoid the big names and focus on the fringes. So if you are looking for reviews of Jamie Webster and Red Rum Club I’m afraid you have come to the wrong place.

My Sound City 2021 starts on the Saturday and my first port of call is Leaf on Bold Street, where a fair sized crowd is already gathered and looking keen. Here I see Parliarmo deliver a set of competent and confident ’90s-influenced indie. Their frontman is lively enough to make up for the largely static nature of the rest of the band. Their music could be described as fairly standard, but there are moments when the male and female vocals intertwine and lift the songs out of the ordinary. More of this please.

From Leaf I head to The Jacaranda, but the tiny basement room is already full to bursting. With the pandemic still in mind, I decide to beat a retreat and come back another time. I find the same situation in The Shipping Forecast, so I retreat to Jimmy’s. To be honest, I was expecting most of the bands I came across this weekend to be run of the mill indie, but The New Coast prove me wrong. A duo that mix electronics and emotive vocals to great effect, The New Coast remind me of the much ignored Fenech Soler, but more straightforward and with an ability to slip into pop now and then. A great set and an early surprise for Sound City.

Next up is Sad Boys Club who have a great amount of charisma and really do come across as stars. Jimmy’s fills up for their performance and the band rise to the challenge tremendously well. Their music is thoughtful and catchy and mark Sad Boys Club out as ones to watch. They have enough about them to be different and my fears about the weekend become an indie landslide fade further away. Bizarrely I am again reminded of Fenech Soler, who I haven’t even thought of for years. Sad Boys Club stand out enough to cross over into the mainstream. See them now so in a few years’ time you can impress people with tales of how you were there at the beginning.

Over at Leaf, Holly Macve is delivering a set that showcases her hugely impressive vocal abilities. With just two guitars and that voice, she opens her heart and captivates the room. There is a country feel to some of her music and her voice suits that genre’s often tender, melancholy feel.

The next stop on my musical mystery tour is the Grand Central Hall. Stanleys are next up and seem to be a popular band, marking a possible renaissance for Wigan, along with The Lathums who will take to the same stage later this evening. Stanleys have fans who sing their songs back to them and dance enthusiastically. They are blessed with a cocky frontman and a whizz kid guitarist and their music is solid, although leaning perhaps a little too heavily on their Stone Roses influences. At the end of their set, fans ask for setlists, a sign of the high regard they are currently held in.

Liverpool’s own Monks fare much better. Their influences are more varied and come filtered through their own musical sensibilities and they make a glorious noise. Their keyboard player doubles up on trumpet, which adds an extra flavour to their psychedelic pop. Monks are definitely a band worthy of seeing again.

As a break, we head to a local pub only to be greeted with…more music! Liverpool is a very musical city and there seem to be bands playing every way you turn. This is of course a wonderful state of affairs, to know that the surprises and delights I am looking for at Sound City exist and flourish across the City, festival or not.

Back at Jimmy’s, The Dunts are playing some LOUD punk that quite takes me by surprise. I had expected the venues to be rammed at this time on a Saturday night, but it seems Red Rum Club and The Murder Capital have soaked up huge amounts of punters, leaving other places relatively sparse.

Highlight of the night, without doubt, goes to Pom Poko at Leaf. The Norwegian band boast an extremely talented guitarist in Martin Tonne. who plays chords that look so complicated I expect them to sound as if they belong to a prog metal outfit. Despite their devilish complexity, the sound they make is a modern post punk sound, light, clever and perhaps deliberately awkward.  Bassist Jonas Krøvel also makes complicated patterns of the fretboard, playing chords a lot of the time, while drummer Ola Djupvik anchors everything to earth and keeps the band in check They are tight and together, a seeming collision of sound, but their music does not happen by accident, everything happens as it is meant to despite the atmosphere of a jam now and then.

Star of the show though is undoubtedly Ragnhild Fangel on vocals. Ragnhild is the embodiment of the adage ‘dance like no one is watching’ as she spins, skips, jumps and air guitars her way through the set with a permanent and infectious smile. True star quality is a rare and unfakeable quality, but Ragnhild and Pom Poko carry it with ease.

And so does Saturday draw to a close. What does Sunday have in store we wonder?

Well, Sunday is an altogether calmer affair. I decide to focus my attention on the venues I didn’t go to yesterday, but the calmer attitude means that The Arts Club Loft has a stage that’s set for an interview, but no sign of any actual action and The Arts Club itself doesn’t even get going until 6 in the evening.

To try to find somewhere that actually has some music on I head to Leaf where Louis Croft is doing his thing with an acoustic guitar and a harmonica. He’s going down well with those assembled to hear him, but it isn’t what I’m looking for to kick off a slow day. Searching for something a bit livelier, I head to Jimmy’s where a two-piece electro outfit, whose name I didn’t catch (sorry), are singing their catchy, radio-friendly songs with an interesting chorus effect on the vocals. They come across as very personable and loveable and get the crowd to close the semi-circle of open space that exists at early afternoon shows. A good performance.

Back at the Arts Club Loft I have obviously missed the interview and now the stage is set for a guitar band, but again no activity is taking place, or seems likely to take place for a while. So I head to EBGBs to see Palmaria, another duo this time from Italy consisting of an extravagantly trousered guitarist who teases soft sounds out of his instrument, augmented by the merest of whispered beats from a laptop. Pamaria’s singer charmingly tells us what each song is about, with the descriptions sometimes lasting almost as long as the songs themselves. Her voice is effortlessly beautiful and the sound they make together makes me think of a more substantial The XX.

By now the Grand Central Hall has opened for business and is again proving itself to be Sound City’s indie stronghold, as Leeds foursome L’objectif are proving. L’objectif sport the most hyperactive bass player I think I have ever seen, hurling himself and his instrument around with total abandon. He plays it like a machine gun, he plays it backwards over his head, he jumps into the press pit and, eventually, falls over on his arse still playing. Highly entertaining, L’objectif brings the smiles to my face.

The Luka State take the stage next, with a more muscly ROCK sound than previous combatants, with an impressively low-slung guitarist, but by now all the boys-with-guitars bands are starting to blur into one.

Between bands at Grand Central, the PA plays various tracks by Ride and I can’t help thinking a lot of the bands I have seen today are taking the sound of their era as some kind of template. The things is that Ride were releasing records in 1990 – where is the new sound? This isn’t to say that the bands I’ve seen have been dull or substandard in any way, but looking back there is little to distinguish them from what has gone before.

A return to Leaf to see yet another 90’s indie band string some chords together takes the last of my enthusiasm for staying around to witness any more. The daytime lineup is simply not strong enough to make it worth hanging around and attending Sound City has become a bit of a slog.

It will be interesting to see where Sound City go next, but this year it seems to have lost its sparkle. I’m not writing it off at all, I love Sound City and what they do, and putting on a festival of this magnitude while we’re still suffering from the effects of a pandemic is an impressive feat. I hope it can come back bigger and stronger next May. There is still a place for Sound City and it is much loved by its attendees. My money is on them knocking it out of the park in 2022.

All words by Banjo, find his archive here

Photos 2-4 by Banjo, with thanks and credit to Jazamin Sinclair (photos 1 and 5)