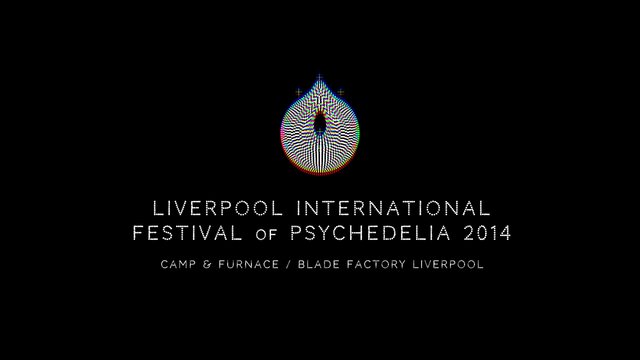 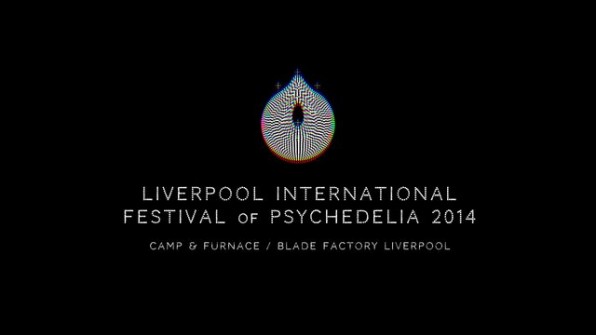 This is my first experience of this, the third Liverpool psych festival, and is something I’ve been really looking forward to. The Saturday is completely sold out and the crowd vary in ages from 17 to 70, with a friendly and welcoming vibe. I want to rid myself of the cynicism I have for modern rock music and all its tedious recycling of music that has already been recycled. I believe this festival is one of the first sprouts of life after the death of the corporate music industry. As the good people who put this festival together state “This is not an exercise in nostalgia or UFO club regurgitation”

Spindrift formed in 1992. They originally hail from Newark, Delaware USA – and boast a large and ever evolving line-up. This incarnation catches them riding the lysergic North Mexico fault line to Greenland Street, Liverpool. A four piece with two Stetson wearing frontmen. Some of the influences were classic 60s style psych, proggy arrangements, a great drummer, brilliant shimmering guitars, spaghetti westerns, Sergio Leone / Ennio Morricone themes, and a great mix it is. But most importantly encapsulating shades of Link Wray, Duane Eddy and even the Shadows. The walls melt with oil filter projections with multimedia projection flickering through the musicians onto the back of the stage. The set ends with some lovely echo laden jamming. One of my favourites of the weekend.

A South American band based in Stockholm with so many different influences it’s impossible to pin them down to a definitive genre – as it is with all great cross genre music mixes.

In the Furnace performance area there 7 / 8 huge hanging screens with ever changing projected images and a huge screen behind the band. From this 5 piece with drummer and bare chested percussionist who’s adding extra rhythmic madness to the uptempo latin workouts; I can hear Stooges riffs, prog stop start confusion then enormous riffs with underlying eastern scales. Yes. Occasional chants and film themed stylistic arrangements. The Led Zep comparisons would make sense if you think Kashmir. There’s bits of punky madness in there too to share with the heads assembled here. I’m also getting a percussive Velvets style jam, Pistols QOTSA riffing over latin dance beats and mid period ACR for some reason. Phew !

Together since 1998 and currently residing in the San Francisco Bay area – Sadly I only caught their last 4 songs which I found very entertaining.

I got simple effective riffing, and vocals drenched in short echo / reverb. Hypnotic but in a kind of jam, trance, Elevators, Byrdsy kind of way. Can’t understand a single word, which is absolutely perfect. Just need the jug baby. I’ll be looking out for this band on the live circuit.

One of the bands I was aware of from their recorded output. Before heading into the performance area i was chatting to Mr Bernie Connor of The Chimes of Big Ben DJ collective, he was playing an amazing Julian Cope track in the Shisha Marquee that put me out amongst the asteroids, as Cope is wont to do. A downward spiral of confuscation.

So with head spinning and expectations high i entered the Furnace. Wolf People having played the first Liverpool Psych fest, I was a bit disappointed to be honest, maybe I was expecting some bluesy funk riffing, or Cream styled grooves, but it just seemed to be, for the songs i hung around at least, painful prog style workouts. As if they were trying to impress upon people their musical ability. Lumpen prog is a sure sign of musicians trying to impress other musicians with what they can do. I kind of liked the folky influences from their recorded output, but this just sounded like ‘Tull’ without the the flautism. I don’t really like ‘Tull’ though. Anyway I took my leave – apologies if this was a great gig, I may have misled myself somewhere.

Big Suicide vibe going on with this US based duo. Reaffirmed how many miles ahead of the game Suicide were and this band made me wanna hear Rocket USA. But maybe that’s a lazy and too obvious comparison. I can hear bits of Mary Chain, Velvets, Link Wray even early 80’s electro-pop duo nipped in for a bit. With just 2 people you’re very limited and i liked the way they constructed their noise. . Dumb. Noise thuggery – bring it on.

This London based 4-piece were a revelation. Motorik but with that special mindless element. They’ve obviously been worshipping at the Can / Neu altar . Hypnotik and dynamic they totally understand why the human brain digs repitition. I shall check these guys out some more.

Big noise being made about this French outfit. Patience was slightly stretched by the electronic drums being sound-checked for what seemed like an eternity. Their excuse in a crap dalek voice was, and i quote “We had to get rid of the guitars” – Then still in crap dalek voice “FUCK GUITARS” . . . The question being –  Is Electro-pop psychedelia? Ok I expected big things but I’m afraid I didn’t last too long. I didn’t find them trancey, hypnotic or psychedelic in any way. Oh I forgot to say ZZ reinterpret the music of John Carpenter. It ain’t the instruments mate it how you use them. It seemed like they’d been on some ego-polishing course to be ’90s pop sensations. There’s room for everyone I reckon or at least ‘A room’ But don’t think you’re special ‘coz you’re using machines, don’t think you’re dangerous because you’re loud. Over the few songs I hung around for, I found it a bit tame to be honest. How 20 year old techno can be psychedelia is a matter of what chemicals are residing in your amydala. . . You’d have been gurning at Megadog back in the day.

You can visit the official page of Liverpool Psych Fest here. They’re also on Facebook and they tweet as @LPoolPsychFest.