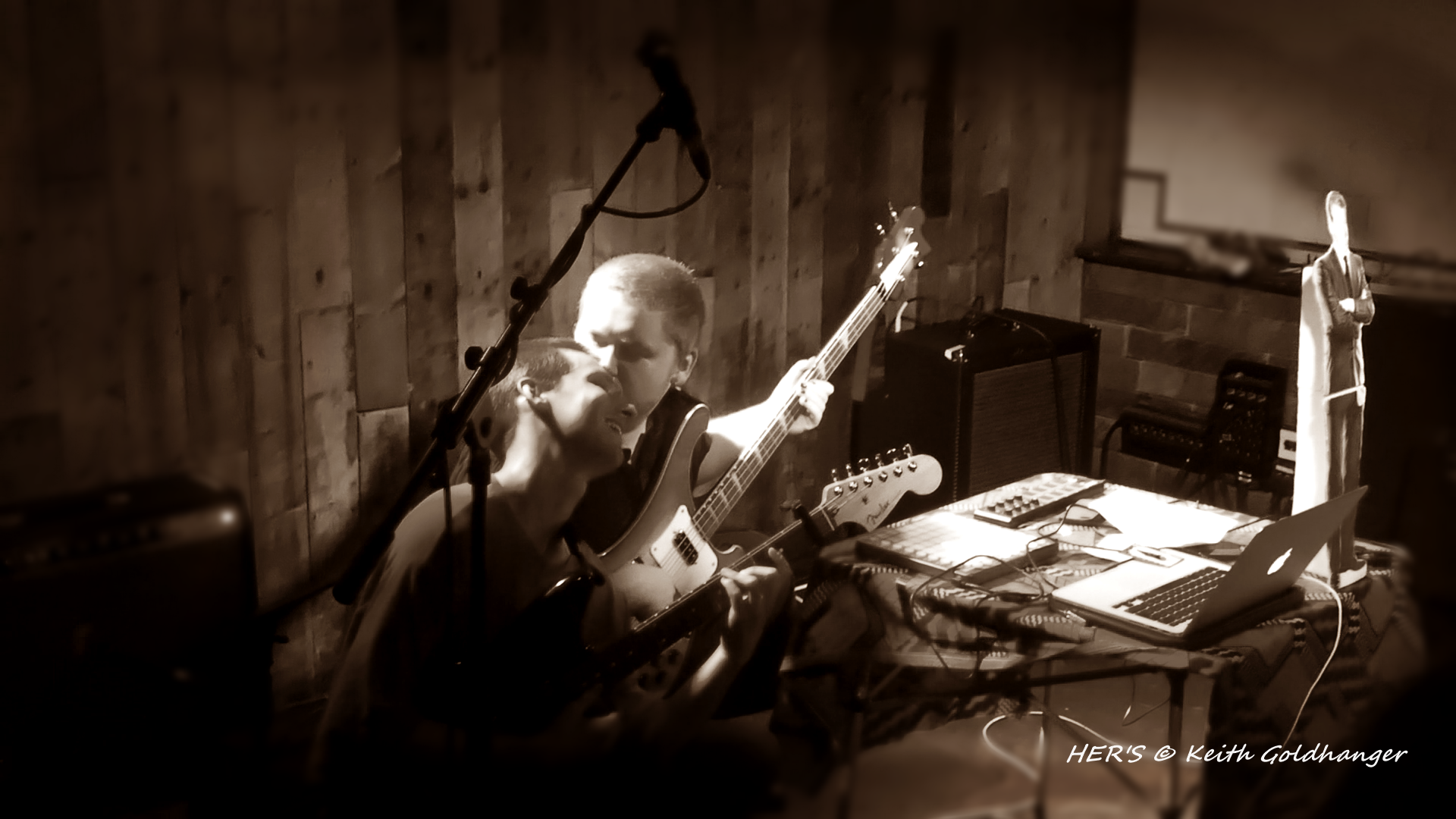 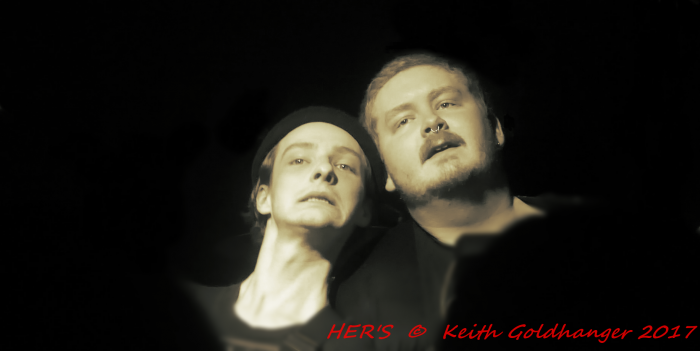 Her’s Audun Laading and Stephen Fitzpatrick, along with their tour manager Trevor Englebrektson, were on a tour of the US having played this years South By South West event and were travelling to a show in Santa Ana, California when a fatal road accident occurred this week.

Ironically I was penning some words in preparation of this years Are You Listening? Festival when I first heard the news. Her’s played in the same venue as The Lovely Eggs and IDLES last year at Reading’s annual event. The duo played to a big crowd and played a storming set that they thoroughly deserved. A walk through a couple of fields together at last summer’s Standon Calling Festival will be my last personal memory of the duo: a duo that since January 2017 (when the bright happy couple turned up one night at the Old Blue Last supporting Sweat and surprised us by not being the shouty punk rock band their appearance hinted they might be) had given us some gorgeous disciplined and sophisticated songs that the world really were beginning to fall in love with.

Auden’s bass playing really was the best I’ve seen for years. Stephen had a voice that really could reach the dizzy heights of Minnie Riperton’s Loving You and together they were on a road trip of a lifetime, performing their own sound track that has sadly this week come to a premature end.

Norwegian Audun Laading and Stephen Fitzpatrick from Barrow in Furness AKA Her’s were real people to some of us, still playing the small stages where we could see the whites of their eyes and have a chat with after the shows.

Our condolences goes out to the friends and families of the deceased – these boys made some wonderful music and will be remembered forever.

Her’s – what once was