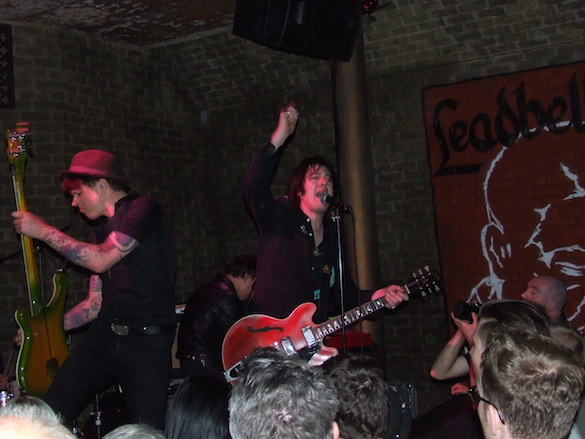 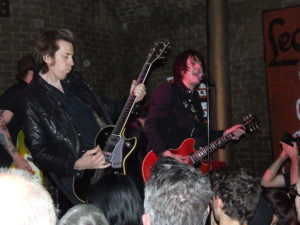 Not quite the last hurrah, Martin Haslam catches The Jim Jones Revue, formidable keepers of the rock’n’ roll flame, before they finally bow out later this year.

A week is a long time in politics, so they say. Well, 24 hours is a long time in music. I left the venue tonight feeling elated at seeing the incendiary event that is The Jim Jones Revue . Only the second time I’ve seen them in the last few years and I was already looking forward to the next time. You will have heard the news by now; the following day, the band announced that they’re calling it a day after seven hectic years of flaying audiences with their intense brand of rock ‘n’ roll fervour. I’m still in shock.

Rewind; a rapidly filling Blues Kitchen sees The Tuppenny Bunters take the stage for their support set. A male/female duo who play and swap between drums and organ, perhaps not what the audience were expecting. They start with the theme to Spiderman (the cheesy, superior original) before playing a perplexing variety of styles. Some blues/garage rock, some that were almost Gilbert O’Sullivan after a year in solitary confinement. They end with the Joe 90 theme, which placates those who lost the plot halfway through. Interesting and definitely unusual. 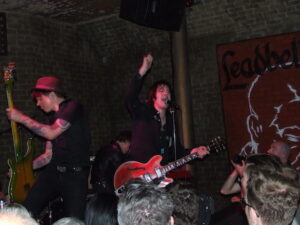 By the time Jim and the boys hit the stage, the place is jammed. Straight into It’s Gotta Be About Me, no messing about. As tight as a rock ‘n’ roll band can get without being too slick, they show any pretenders exactly how it should be done.

While the lion’s share of songs tonight come from The Savage Heart, including a great version of Seven Times Around The Sun, they drag out the classics from their first two albums. So, we get Princess And The Frog, a wild Killin’ Spree and the magnificent High Horse as well as the non-album single, Collision Boogie. The whole band are stunning, but special mention must go to Henri Herbert on keys, who puts any other pianist to shame.

And so, the general consensus was that rock ‘n’ roll gigs don’t get any better than this. We’ve come to expect this high standard from the band, and we weren’t disappointed.

I know all bands have to call time eventually but after tonight’s show I can’t believe the news. There are very few truly great rock ‘n’ roll bands; ones that understand the roots of the music and transcend them. The Jim Jones Revue, of this genre, are untouchable. I wish them all well in their future sonic ventures, but can’t believe they can beat their own brand of magic. I hope they prove me wrong. Their ‘Last Hurrah’ tour starts in September, finishing October 4th at The Forum. Do not miss out.