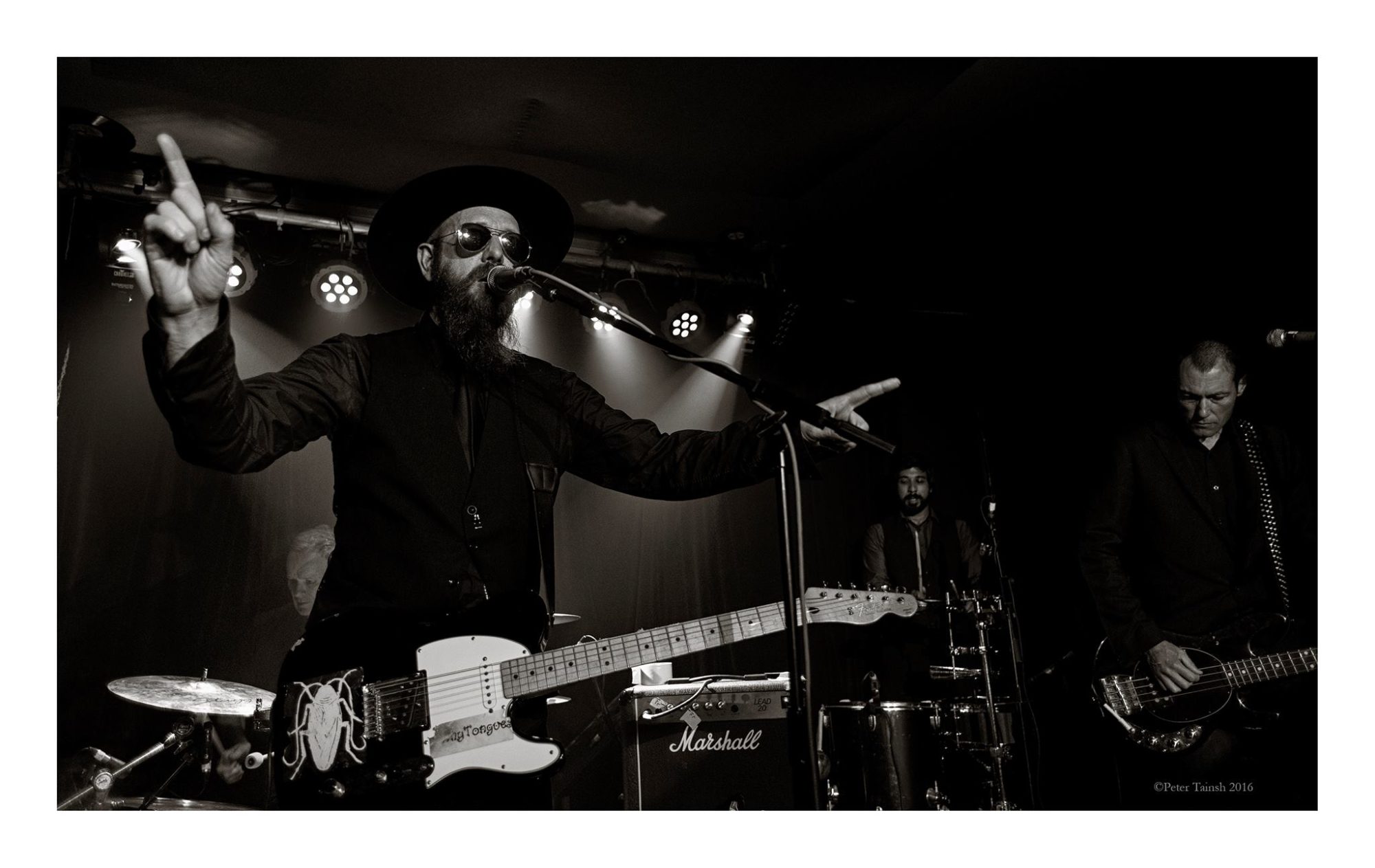 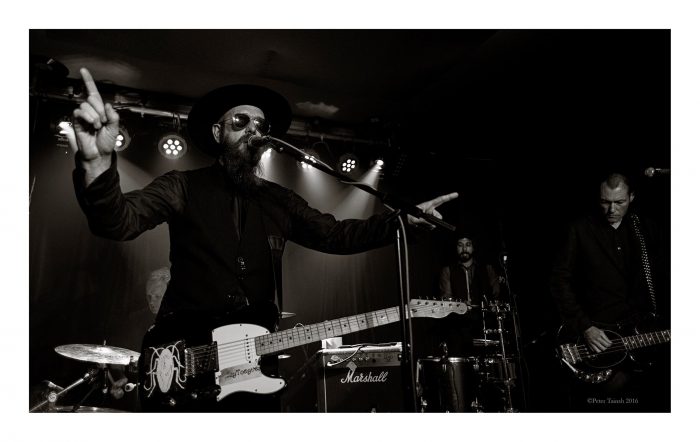 For the denizens of Auld Reekie – Edinburgh that is, The Filthy Tongues need no introduction. Metcalfe et. al. have had a respectable amount of incarnations and reincarnations, first as the old school, Goodbye Mr Mckenzie, making their mark here in the UK and Stateside, then as Angelfish, the band that proved to be the vehicle for Shirley Manson to spring to global fame when she left to form Garbage. After that came Isa and The Filthy Tongues with Metcalfe’s now wife Stacey, and finally settling with the original core of Martin Metcalfe, Fin Wilson and Derek Kelly, plus David Scobie and Susannah Clark on keys and violin respectively.

Earlier in the year, the Gus Ironside reviewed their debut record, Jacob’s Ladder, which can be noted here.  Having had the best part of a year to listen to it, in tandem with witnessing several outings around Scotland, not to mention hearing and seeing a glut of other new material from other Scots acts, it is without hesitation, fairly easy to make the assertion that this is the most devastatingly gritty, balls to the wall, most authentic album to come out of Scotland this year, and perhaps, arguably for Metcalfe and co, a Magnum Opus of sorts deserving much greater distribution and airplay. This is a Gem!

Saturday, December 3rd, 2016, was a Homecoming at the packed-to-the-Rafters Liquid Room, and triumvirate of Metcalfe, Wilson and Kelly sauntered onstage as nonchalant as Gun-slingers would a random Wells Fargo bank in the age of such things. Nae Tongues allowed them to iron out any issues with the Sound, and a canny, a banter-laden check in with some of the diehard’s who have stayed the distance. Crew Cut followed before being joined by David Scobie on Keys, Susannah Clark on violin, and Asim Rasool on percussion for the eponymous and biblical title track Jacob’s Ladder. It’s a full sound, expertly layered with more chiaroscuro than a Caravaggio classic oil painting. The chorus: Halleluja – From the Top of The Hill, evokes strong imagery of a modern day Calvary with a subtext that a five thousand word dissertation could be written about.

Here in Edinburgh, this shit resonates like a motherfucker… This LP is all about Edinburgh; and art imitates life, imitates art, in a feedback loop that sees Metcalfe and Kelly gesticulate in unison, pulsating as part of a rhythm section with an unseen Kelly behind the tubs, and celebrating the history of a Sinister Edinburgh that makes this a magic, musical Pantomime that should grace a much bigger big stage, in a stadium somewhere.

Bowhead Saints continues in a biblical theme, tacitly taking the piss out of the so called Scottish enlightenment and it’s shoddy Calvinistic, underpinning, bedrock. Mirrored magnificently on the faces of the alumni, is a recognition borne out of singing this tune, over and over and over. Say no more! Stooges cover, Sick of You provides a light mindful pause and then back on theme with Holy Brothers and Long Time Dead from Jacobs Ladder. The recent album has more than a handful of colossal songs on it and this is one of them. Someone shouts something about Bathgate, Metcalfe’s place of origin, and another makes an unfortunate comparison to the Monkeys. The banter is outstanding and both entertainers and the entertained melt into one making this, a grizzly cauldron of pure goood humoured cheek, and the Christmas Gig not to be missed.

‘Green Turn Red’ and The Rattler bring the set to a close, but nor before being rousted back on by the locals for the traditional finish with Jaq Breles, Amsterdam and McKenzies classic Goodwill City. Latterly, the song is built masterfully live  with crescendo upon crescendo, and left the audience more than sated.

Words by Harry Mulligan, you can find more at his Authors profile here. Photo by Peter Tanish.