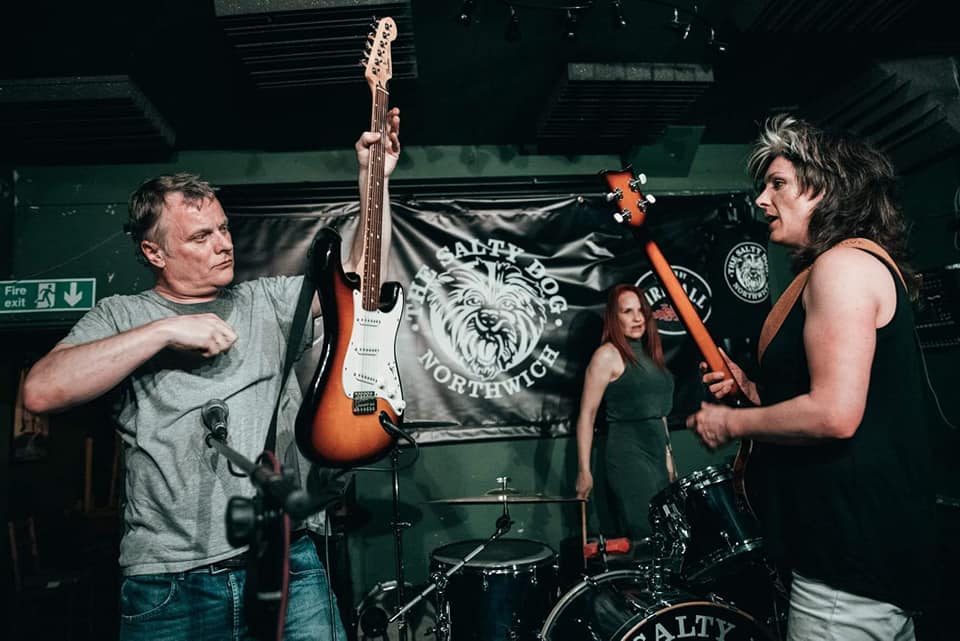 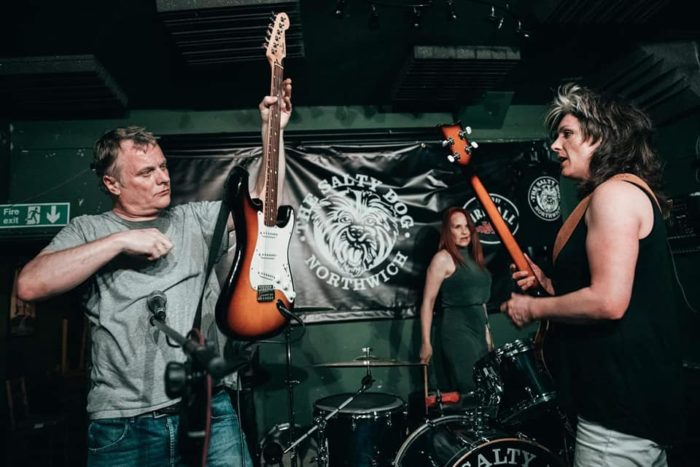 I’m gonna have a rant here before this review about music industry nonsense and swear a bit. You know when you hear really good bands and you know they will make an impact and all these fuckers with a bit of power don’t listen unless there’s a bit of money involved? That’s right. Even the “We champion new music brigade” 6 Music crew are guilty. I’ve mithered all the DJ’s to death about these three bands to no response. Why? They have the power. Squid – Houseplant? Fuck off! Just check out the brilliant Banananah by The Pagans S.O.H. or Cold Water Swimmers with the sublime Summer Breeze. Even Tinfoils with the DIY sound of Royal Baby Machine. It’s criminal after watching these lot tonight. Let me explain…..

Ok. From the start, I’ve always been passionate about new bands. Take Cabbage, The Blinders, Evil Blizzard. I’ve embraced them, they’ve done alright. Not massive but bands with fuckin top tunes and doing alright. Media does work in small doses but get with the program! I’m no fuckin Steven Wells but listen to me! There’s some top stuff out there at the moment. Deja Vega, The C33s, Callow Youth, Dirty Laces, Argh Kid, the list goes on. The three bands I’ve taken to play The Salty Dog are the forefront of new music. The Next Wave as I’ve penned. Fuckin listen to me!!! 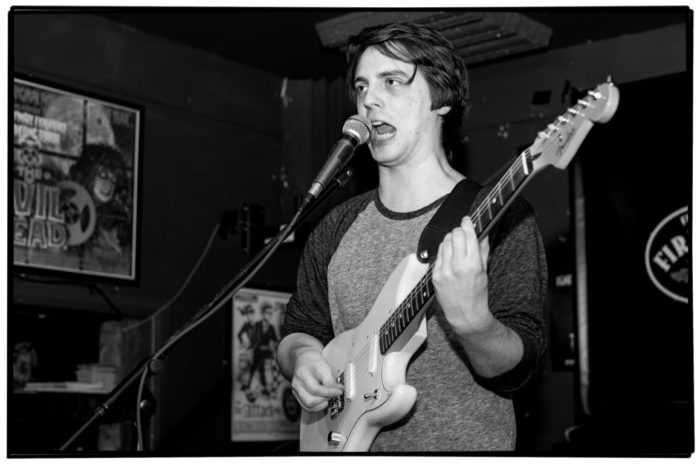 Tinfoils have got the train here tonight with all their gear to make an effort. You know what? They deserve a round of applause before they hit the stage. Northwich is a canny place. The train station is a ten minute walk from the venue and they looked fucked and flustered before they arrived. Bothered? Fuck no! Their set is a blistering punk by numbers wonder and they don’t let up from the start, George is just a bug eyed manic freaky Ian Curtis comedic laugh throughout the set and it’s not just a song. They meld everything into a punk mash from the start.  Royal Baby Machine their debut sounds disjointed from the set but still gives us that DIY feel they are honing from the heart. Punk as fuck and none of that drudgy indie shit. A year has changed this band and they’re going places. 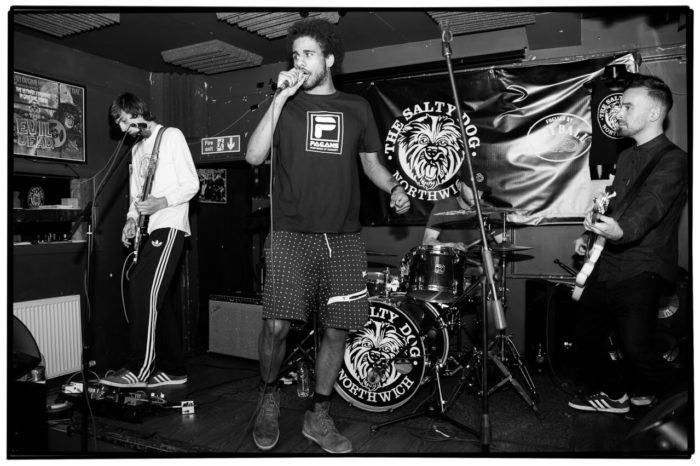 What can I say about The Pagans S.O.H, I already haven’t?? Strength to strength every gig. These guys are the powderkeg of the scene at the moment. They have what it takes in every sense. Marcus is the the new frontman of our generation. A Brummie with attitude that nails it on every level. They twist the set as usual instead of sticking to a formula and they do the business. Marcus just doesn’t do normal. He does insane on stage, which is a total contrast to the loving guy I know from speaking to him. Total conviction into the whole set. They air the new tune which I can’t really talk about yet which is a laid back funk riddled spliffed up tune of ace proportions, totally off track from the last offering. The dynamo of the band is insane and Daragh’s guitar is mint as fuck melding with Connor’s cool as fuck funky drumming. Lazy N*gga still gets me as does Cocky. Highlight of the night is the amazing Banananah, top lyrics, top rhythms, top everything. A perfect song which should be massive by now. Shame on you corporate knobheads…. 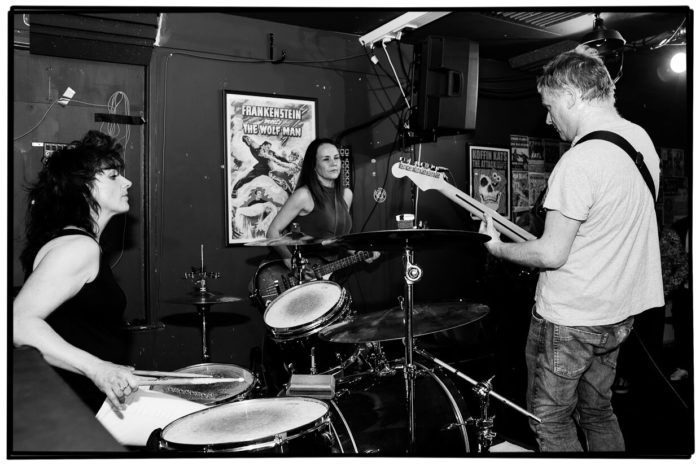 And in a different contrast you get the beauty of Cold Water Swimmers. A stark band that uplift you with some sublime tunes and a massive powerhouse from a trio that were meant to be. Selina, Chris and Carrie were always meant to be in a band together. From the background of Dubsex and the Mark Hoyle years Chris has carved his own niche. Beautiful songs with a backing from Selina and Carrie (yeah I mentioned em again…) She’s Falling Apart is dark and wonderful, Robots is entrancing, Everything We’ve Ever Had stunning, just a great set. Every song is just well crafted by this excellent band with years of experience. Summer Breeze just stuns me every time I hear it. A class song that sends shivers down me spine. Selina is just the best drummer out there at the moment. Proper powerhouse that puts many fuckin macho male drummers to shame. She’s that good. And Carrie! She can pull a bassline out of her pocket with ease. Moment of the night is when they swap bass and drums for the encore of Love You Hate You. A total masterclass from the trio of Cold Water Swimmers. A perfect band for these times.

A first for Louder Than War Presents and maybe many more. Always supporting new talent and giving it all for the music scene!!!

Photo credit: Sal_GigJunkie, and Debbie Ellis. Use of these images in any form without permission is illegal.