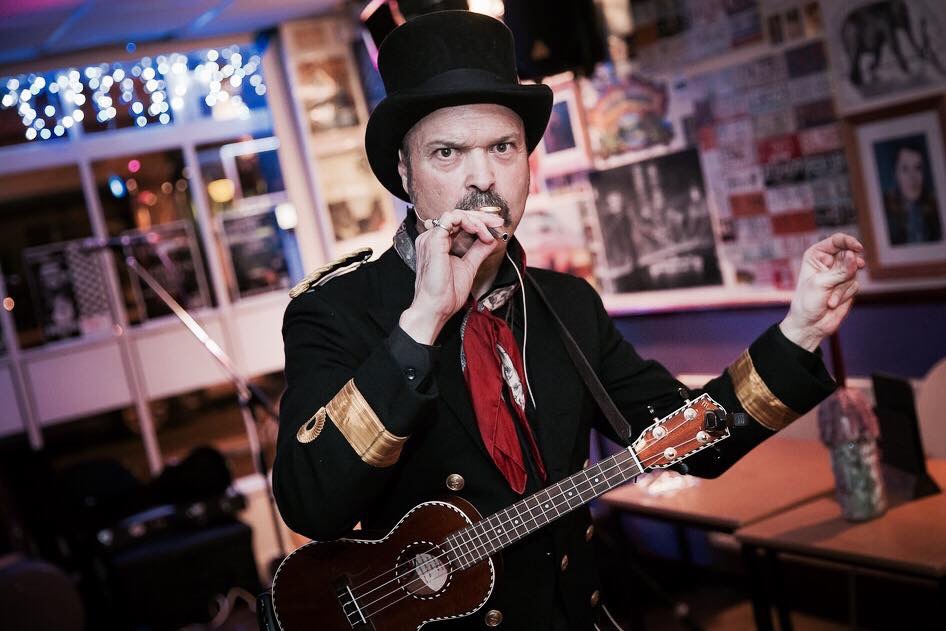 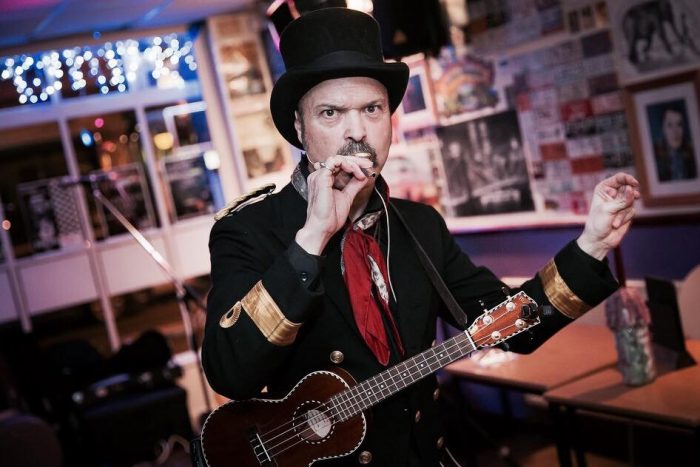 Captain Of The Lost Waves
Wharf Chambers, Leeds
25 May 2017

A sublime and mesmerising example of piracy at its very best, the Captain of the Lost Waves magically stole the hearts of his audience in the most soulful and effervescent way possible. Only it wasn’t at sea, but at Wharf Chambers in Leeds, where he performed. Louder Than War’s Eileen Shapiro reviews.

With an unhinged edginess bordering on madness and melancholy, the Captain tantalized the congregation with story, song, sensibility and humor unique only to him. Complete with top hat and captain’s fashion, he proceeded to fill the room with life and sparkle, conjuring up a bit of wizardry and enchantment as he showcased each song from both stage and audience arena. Dancing about the venue, standing cheek to cheek, on top of chairs, and laps, he encouraged the crowd to join in, and they were all very happy to do so, hoping each melody would never end.  Together they filled the auditorium with happiness and harmony.

With the help of an electric mandolin and ukulele, and who knows what else,the Captain performed tracks off his new album, The Adventures Of Captain Of The Lost Waves Hidden Gems: Chapter 1, all prefaced with a story overture. His voice is melodically powerful, and his words spellbinding and meaningful, reaching the decadence of creativity. I was completely intoxicated by his performance without the aid of even a wine. The Captain was born to be an entertainer, or perhaps even a prophet.

Although accompanied to the event by his beautiful wife Lucy, and his vivaciously brilliant son Harry, the Captain never steps out of character, which leads me to believe that the Captain isn’t a character at all, but instead one of those special beings who touch our lives leaving an  unforgettable impact that remains intact forever.

Needless to say, it would be to your great advantage to visit the Captain’s website, stalk him on Facebook, watch out for his tweets, or do anything that is possible to catch him live, as it is a life altering experience.