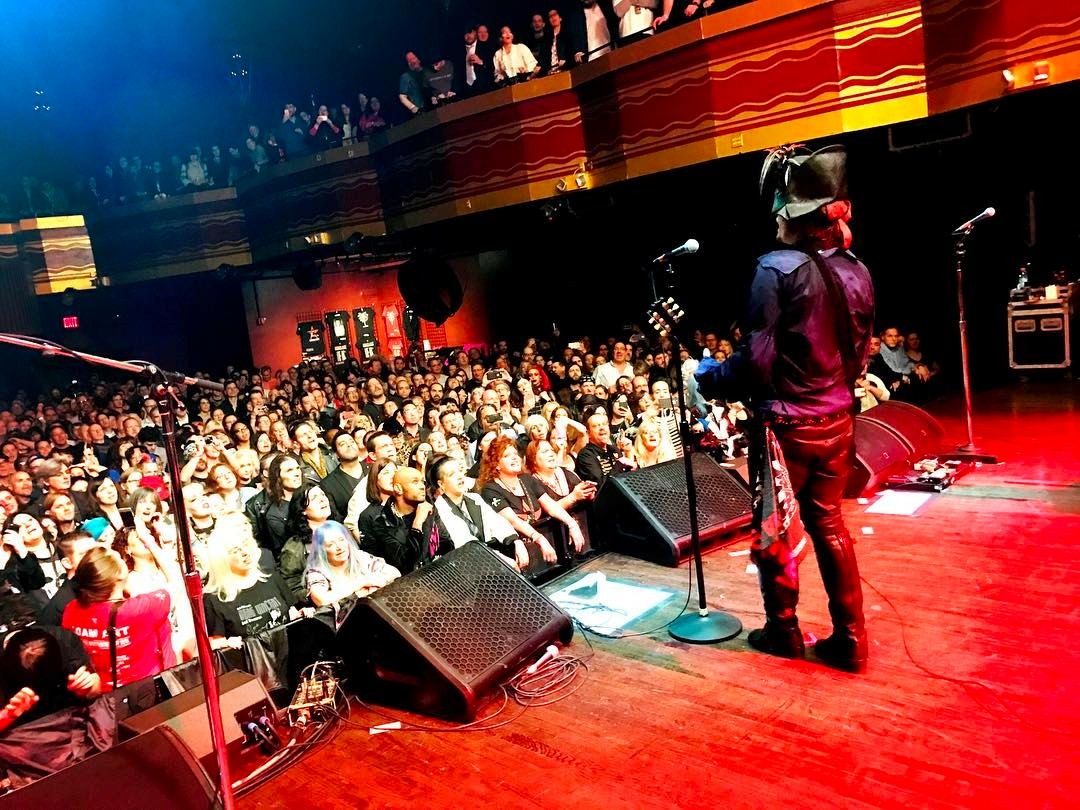 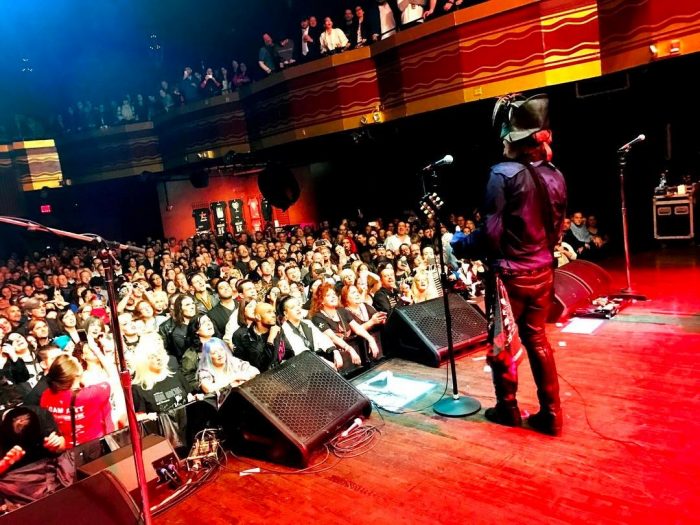 It just keeps getting grander! The very last performance of the Kings of the Wild Frontier, North American Tour vividly exemplified the spirit of the age. Like a volcanic eruption, and twice as hot, Adam Ant was on fire! Performing the iconic album, that set a precedent for music in general, the flamboyant buccaneer delivered an outstanding showcase.

Despite the tragic and unexpected loss of guitarist and friend Tom Edwards during the infancy of the tour, the Washington rain deluge, the Boston snow, and the rescheduling of tour dates, the band played on. From city to city, the sold out shows proved tremendously successful, leaving an enormous legacy of dramatically written, and triumphantly victorious, heartfelt reviews, all well deserved.

The final night of the tour, placed at the iconic Webster Hall, was penetrated with an overwhelming presence of love, respect, pride and joy, for Adam and the band. The faces of the fans were filled with a euphoric bliss, as they clung to Adam’s every word, every gesture, every expression, every movement, and every magical musical note. Mostly though, the contagious smiles randomly emerging from Adam’s lips warmed the soul’s of the fanatic’s and brought forth a great amount of happiness. It was easy to see that the playfully jubilant Dandy Highwayman was having a good time on his stage tonight, and the crowd reveled at his charm and delight.

The opening support band, the Glam Skanks, shimmered onto the platform with their unique and vivacious glitter, and glam, setting the stage for a gleefully florescent evening of sparkle and fun. A powerfully talented, effervescent example of what was to come next.

Then suddenly the days anticipation became a reality and one of the most dignified, audacious and professional idols took center stage, with Dog Eat Dog, the first song of the KOTWF album,  and it continued in sequence in its entirety. Adam impressively danced, jumped, and lunged, all over that platform for two hours, always singing with melodic clarity, never breathless, stopping only to pick up a guitar for selected songs.

Although the same or similar set list became a criteria at each concert, every performance proves different. Perhaps it’s a slightly different song arrangement, or an unusual remark, however in the midst of the non- Kings portion of the gig, Adam spontaneously began singing Stand And Deliver  a cappella, inviting the congregation to sing it with him. Although the audience had already been singing every word to every song, this proved to be a special gift that was treasured by all.

The venue tonight and last night at the Keswick was infused with Adam Ant virgins, all entirely in awe of what went on. A new generation of fans happily discovered the relevance of the music written 36 years ago, as well as the imagination, and creativity unique to Adam.

The band absolutely killed it. Guitarist Will Crewdson played that instrument as if his soul depended on it. The music that emanated from that instrument was inspiring. Joe Holweger, an accomplished multi-instrumentalist played that bass from his heart. Andy Woodard, one of two drummers, and also multi- talented, played relentlessly, and Jola, the beautiful other drummer, never stops amazing the crowd with her beats.

Ultimately the only unhappy moment was when the show ended. However Adam will be touring the UK in May with his Anthems tour, doing his B Sides.