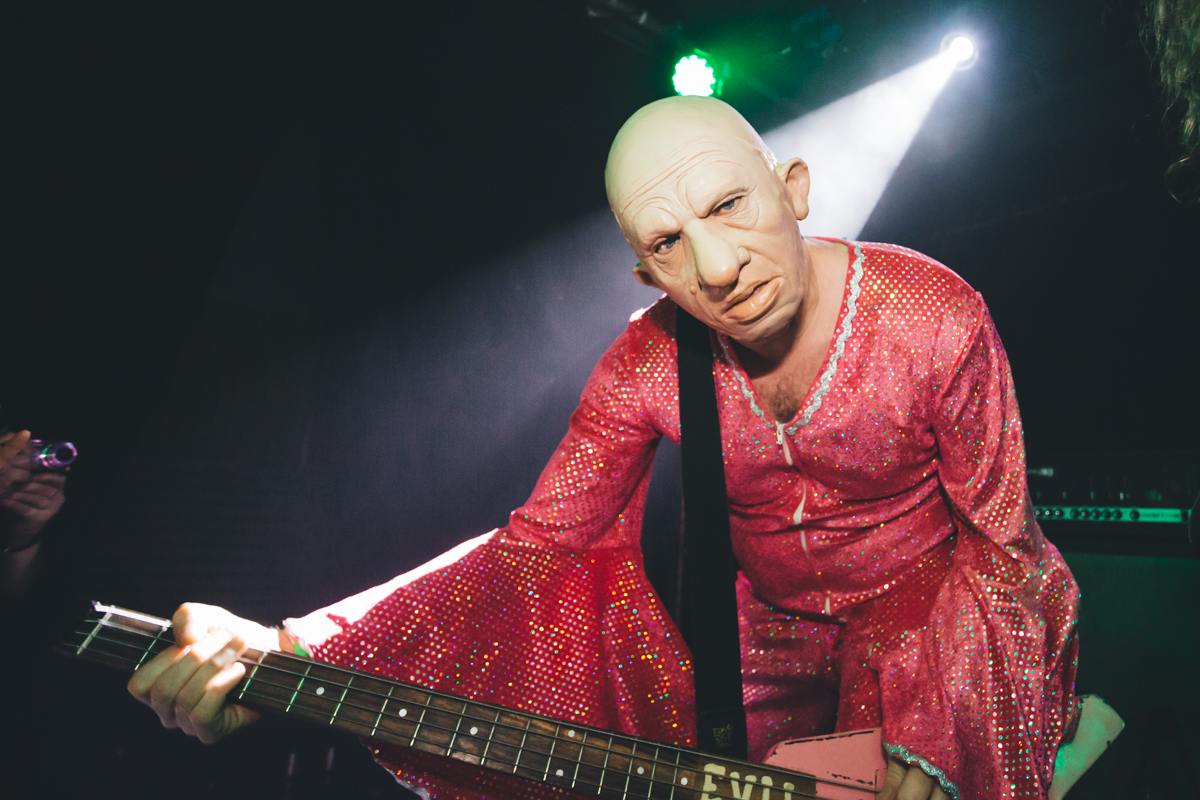 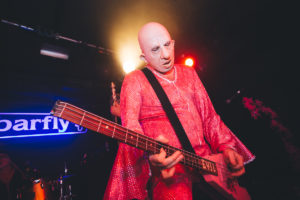 10 reasons whilst I felt like a proud label boss tonight.

Louderthanwar has released both Evil Blizzard albums. You can get them from here. We put them out because we love them and we put our money where our mouths are!

1.This was the best and must fully realised Evil Blizzard show I have ever seen, and I’ve seen a lot of them. I’ve seen them when there were only 3 of them in the band and they didn’t wear masks which means I know there real identities but don’t worry I won’t tell. Even then, at their first gig in Preston, they were great. That night the two basses and drums was already hypnotic but now they are monstrous. An all eloping, huge and dynamic wall of sound. Tonight was a powerful and warm avalanche of electric noise, a musical behemoth, a sonic juggernaut. This was huge. This was like Killing Joke but on steroids and acid and it sounded stunning.

2. When the groove gets weird the weird get groovy.
It’s all about the groove. So many of he Blizzard songs are built around the incessant groove. One of the basses- and its hard to tell which one locks in with the drums to create an enormous groove and then the res of them gather around playing all kinds of counter grooves and weird noises. When you have the groove you can get weird.

3. The room was packed. This is a 400 capacity venue and it was just about sold out. Don’t let those naysayers who moan about ‘modern music’ tell you anything different – there is still an audience for people who want to go out there. Like Sleaford Mods a few months ago before they burst into the so called mainstream Evil Blizzard have an audience made up of all the different tribes. There are still those old Fall fans left over from the groups original breakthrough supporting Smiths renegades, the freak music lovers and now a gang of multi generational punks who fell in love with the band at their momentous Rebellion festival appearance over the summer.

4. But the show is brilliant. The whole mask thing is a black humour and dance macabre. On one level it’s showbiz lunacy but on another it’s a dark exercise of rubbery brilliance. The masks give the band an impassive menace as they gaze into the moshpit like bank robbers on weird drugs. They also, oddly, somehow mirror the faces of the wearer when they take them off later on.

5. Evil Blizzard are proof that the bass guitar is the post punk king. If you want to make a genuinely weird, a genuinely off the wall music then you build it around the bass. Without screeching guitar solos and the mentality of the six string lead there is something about the bass and the versatility of the 4 strong that lends itself really well to Evil Blizzard.

6.This is not just a freak show – of course the masks and the mayhem are a big part of the Blizz experience but the music is the biggest. This is a carefully thought out and perfectly executed musical brilliance. The enveloping wall of sound created by the four basses is not the mess it should be but is proof that you just don’t have to be conventional in your music making.This maybe a mayhem but it’s a perfectly constructed mayhem.

8. The mop man. Having a masked up tattooed nutcase rubbing a mop into people’s faces during the gig should not work at all. But normal rules don’t apply here and the audience members are queuing up to have the mop shoved into their faces before getting the treasured calling card from the mop man.

9. It sounds mad to say but the melancholic introspection in the wailing vocal is perhaps Evil Blizzard’s master stroke. Like all who clown about it’s the sadness at the heart of the experience that is really effective.

10. Where do Evil Blizzard go from here? there is talk of drummer Mark releasing an introspective solo album and the band taking five months off which, on one level makes sense – you don’t want to overload but on the other this feels like a band breaking out and on the cusp. People leaving the show at the end of the night had that glow of joy after seeing something that is beyond normal – next time Evil Blizzard play in Manchester they will be able to move into the 800 capacity room upstairs. This is a band on the cusp and are perfectly arriving without permission.