Home Music Bands Live at Leeds – Ones to Watch 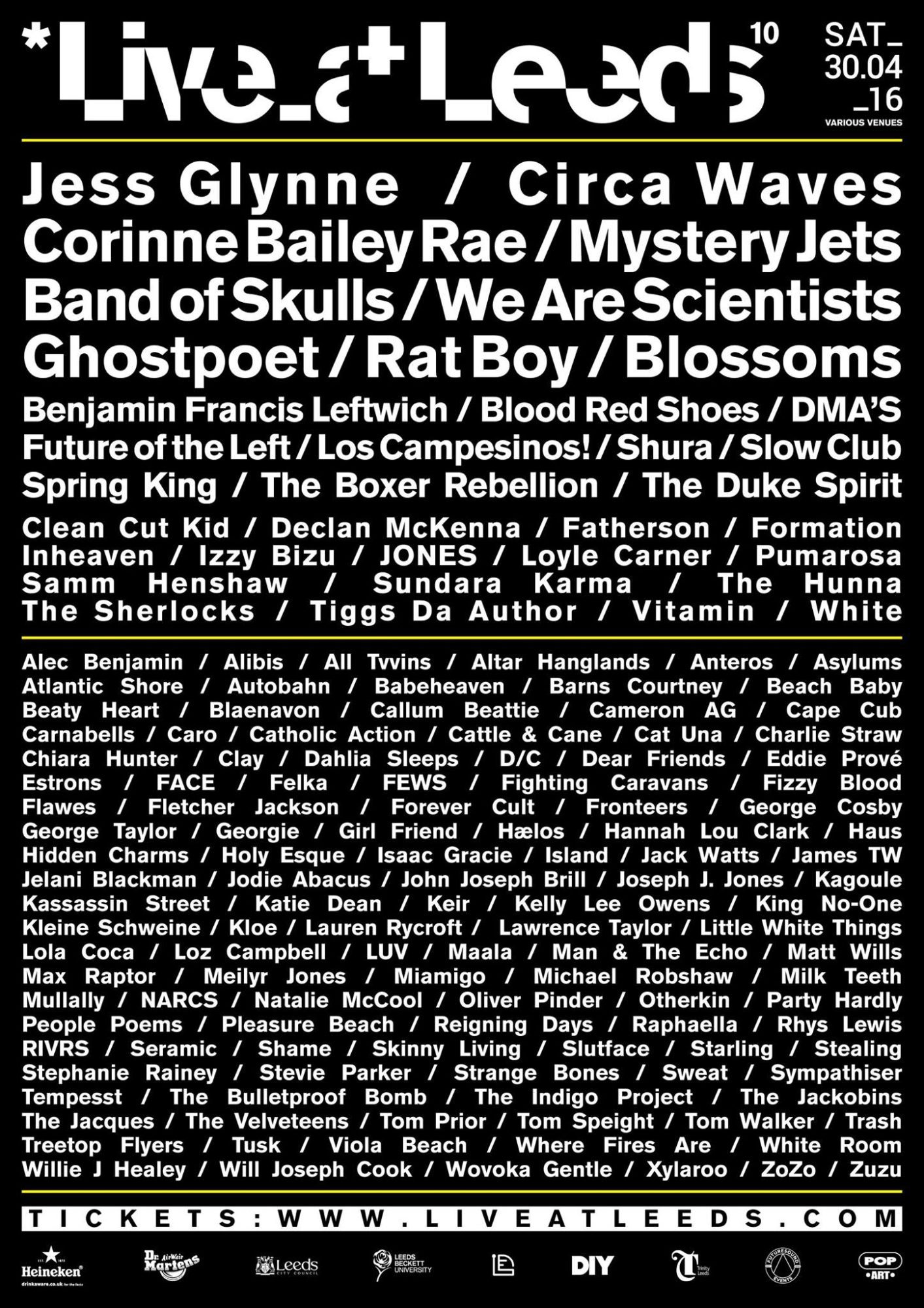 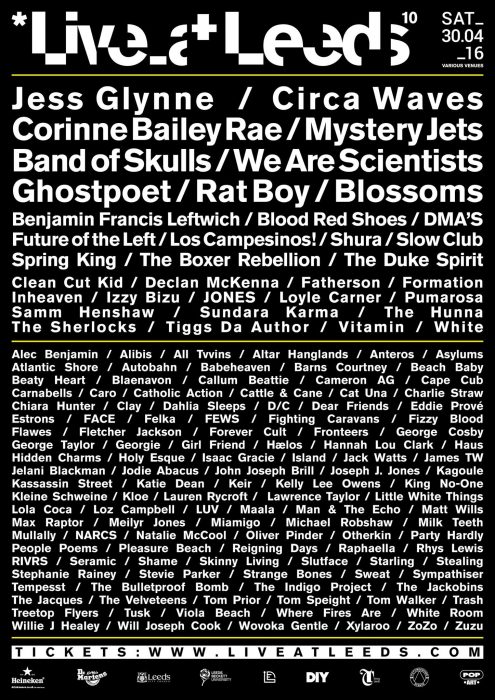 Check out our picks of the finest new bands around that are taking to the stage at Live at Leeds this year!

In a week’s time thousands of music fans will descend upon Leeds, expecting to see the finest new talents from across the city and beyond. With some two hundred bands and twenty-two venues to negotiate this year is set to be their biggest to date as they celebrate their tenth anniversary. Last time we listed our top picks from some of the more established acts, but with such a huge line up its going to be really easy for some bands to get missed out. So here we look at our top ten favourite new bands:

Local group The Velveteens embody their sixties vibe, yet add a modern twist to their sound. In spite of their tender age they have a fresh sound, that is underpinned by a great pop sensibility. They’re just one of many local bands to be treading the boards come next Saturday, but they’re certainly worth starting your day early for.

Another local artist who is sure to set Live at Leeds alight for different reasons, People Poems is the solo project of Harry Orme. His delicate stories and fragile voice setting him apart, turning indie-folk on its head and instead breathing new life into what can often be seen as a bland genre. With his insatiably refreshing style People Poems are sure to be a hit.

Another local band who’ve been making waves on the national scene return home from their current touring duties, to take on one of the larger stages at Live at Leeds are the fabulous Forever Cult. Part of the grunge revival that’s been going on for some time, we caught the end of their set last year at 12:30 in the tiny Key Club where they tore the roof off with a ferocious early set. This year they’re being given the chance to taken on Leeds Becketts Main Stage, this is a set certainly not to be missed!

Following Let’s Wrestle’s disbanding, from its ashes arose frontman Wesley Gonzalez, with a willingness to experiment. His electronic infused pop music reminiscent of many eighties icons, and what he lacks in guitars with his new sound he certainly makes up for with an abundance of swagger. With this new lease of life, it really has brought out a completely different side to Wesley and we like it!

Hannah Lou Clark is perhaps one of the most exciting artists on the line up having shared stages with the likes of Thurston Moore, and with a sound akin to that of the enigmatic St. Vincent there’s no wonder why the press is already beginning to circle around her, this is sure to be one of the performances of the day. The schedule hasn’t been kind to her with the likes of Kagoule, The Velveteens and People Poems all on around the same time, but we’re sure you’ll make the right decision.

Cape Cub are fast on the up receiving praise from across the board, with his cinematic pop music, he fits perfectly with the current crop of new artists. His delicate tones, augmented by beautiful choral bursts. There is no doubt that Cape Cub are set for big things this year, having recently released the Closer EP to critical acclaim it is only matter of time so see him while you can!

Cape Cub play The Faversham at 5:30

Scottish indie rockers Catholic Action have already garnered quite the name for themselves, having supported the likes of The Libertines. Formed by Casual Sex’s former drummer Chris who now steps into the limelight as their frontman. These jaunty rockers are certain to set hearts racing with their funky guitar driven tracks.

Catholic Action play The Nation of Shopkeepers at 8:00

Another of the new crop of artists to excite us is the exceptional Natalie McCool, having been constantly on tour of late. She’s been winning over hearts and minds up and down the country, a true pop starlet in the making with her darker take on pop music. With tracks like Pins and Fortress it’s no surprise that she is tipped for big things, these elegant pop songs are packed with passion.

Natalie McCool plays The Nation of Shopkeepers at 1:00

Having already caused controversy over their name, Slotface have already attracted the attention of many for their previous name alone. Its time for Slotface’s music to do the talking and fortunately, their energetic brand of indie pop makes them an even more tantalising prospect. With their tracks overflowing with hooks they’re sure to have the crowd in full song with them next weekend.

Slotface play the Key Club at 7:15

With one final spot in this top ten, it doesn’t go to a necessarily new band, more of a Leeds institution an angry sweary band of punks who are big in Eastern Europe. Kleine Schweine are set to open one of the larger stages (Leeds Becketts Main Stage) in raucous style, and they’re sure to bring the house down early doors. It’ll be a pretty tall order following these guys but we’re certainly looking forward to them tearing the place apart.

Check out Live At Leeds here for more information.