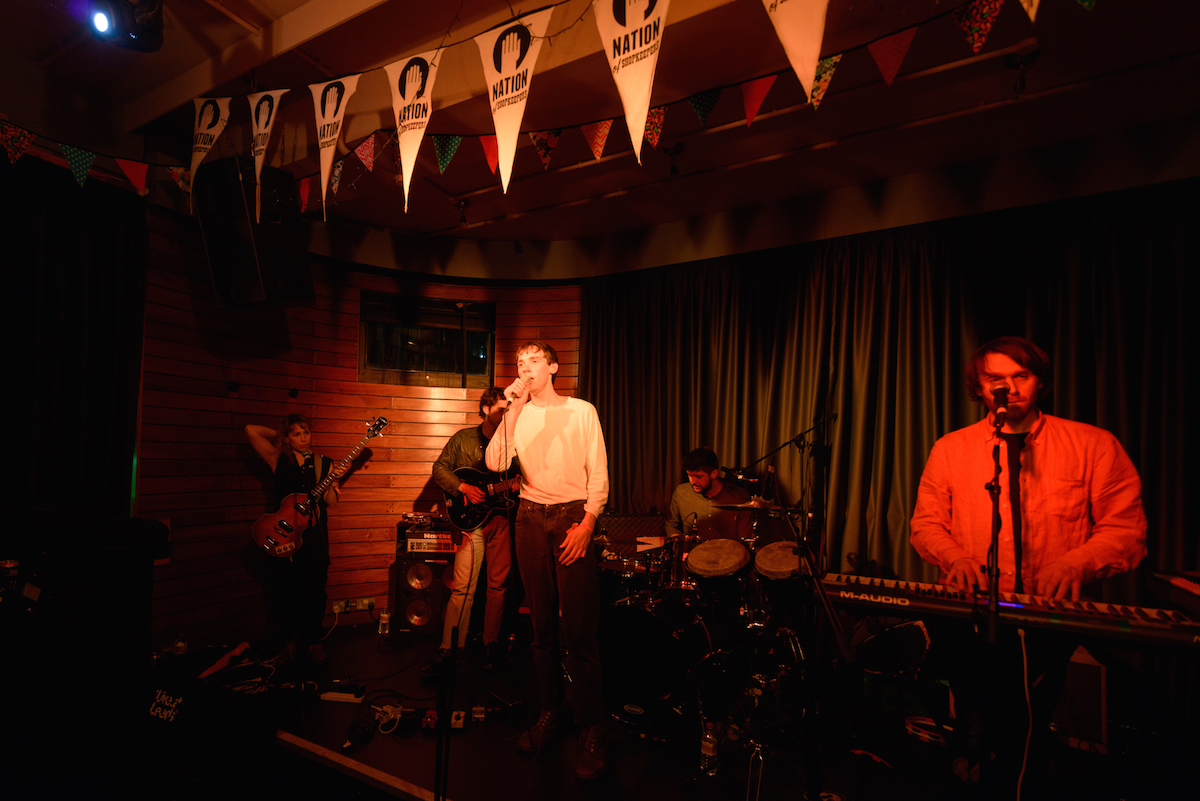 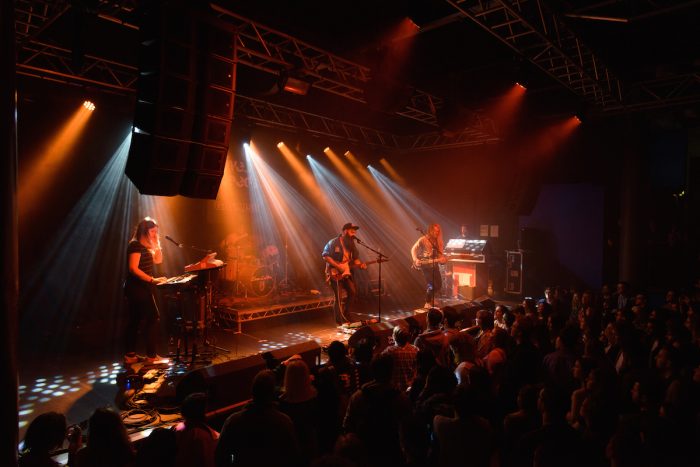 Another brilliant year from Live At Leeds, with a huge variety of acts to choose from, but there were always going to be some who didn’t quite live up to expectation.

With a plethora of up and coming acts on offer at this years Live At Leeds, it’s a veritable feast of aural excellence, well most of it anyway! As with all of these type of festivals you have to take the rough with the smooth, and today there is plenty of that. Fortunately, though we kick off the day in the warm surroundings of the Nation Of Shopkeepers with Liverpool’s Natalie McCool, who is on the verge of releasing her second album. 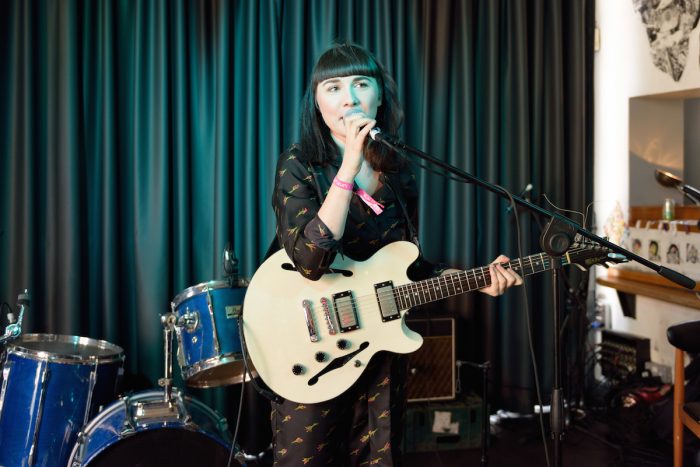 Today she is taking the early set time in her stride, her delicate tones are the perfect way to warm everyone up. With the incredible Fortress being a highlight of her short set, there’s a real fragility to her voice. However, these tracks are all tinged with some level of sadness and angst, as she explains the majority of them are about former relationships. Her alt-pop is by far the best way to kick off the day though.

Unfortunately, the same could not be said for hotly tipped Hannah Lou Clark who arrived at Holy Trinity Church late due to her car breaking down, which wasn’t the only thing that broke down as she then had further issues with her gear. Curtailing her set to a mere four songs, but she truly made up for it with an exceptional rendition of It’s Your Love where she channels the like of St. Vincent in this guitar crunching track. This track alone completely makes up for anything that has gone before as she snarls through it with exquisite passion. 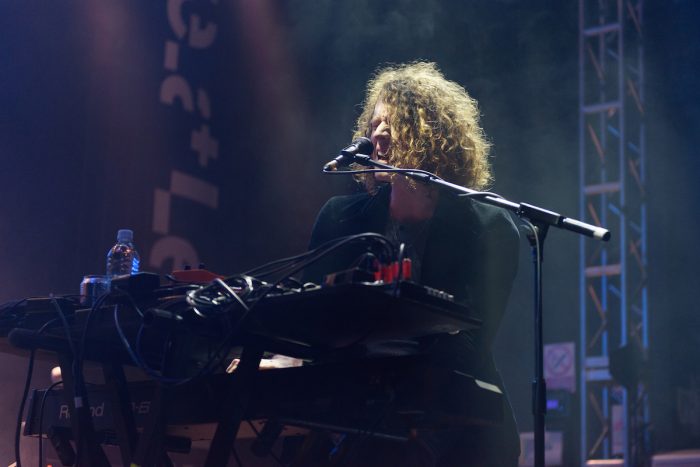 The Mystery Jets open the O2 Academy Leeds set and this is where things take a momentary dip, having received mixed reviews for new album Curve Of The Earth. The opening of their set lacks excitement and feels somewhat bland, despite riling the crowd between songs, the tracks themselves do very little to enthuse anyone. Their set feels flat, however the same cannot be said for Leeds natives Kleine Schweine.

With tracks like Monster Mash there’s no surprise really, condemning the likes of David Cameron and Jimmy Saville. Whilst they also have a pop at the Westboro Baptist Church, they buck the blandness trend in epic style. Flying the flag for their hometown in epic style, with their aggro-punk anthems inducing mass crowd chanting. They quickly become our favourite band of the day, there’s no pomp or circumstance here. The band look like they’re having as much fun as everyone else, Kleine Schweine are an undoubted highlight of the day!! 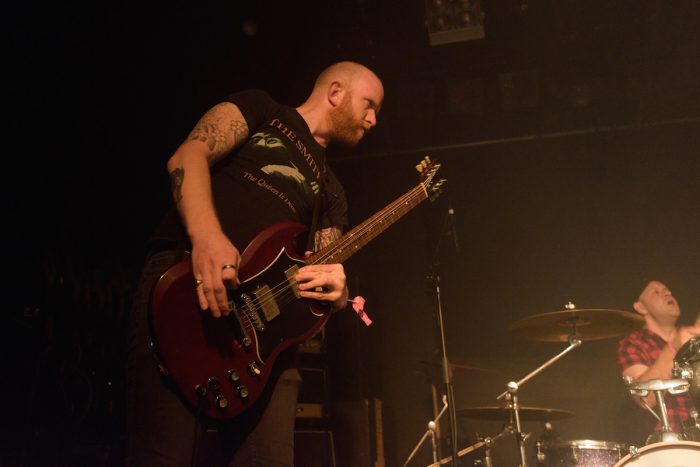 The same cannot be said for the hyped Otherkin, who are a walking cliché all dressed in black check, topless frontman check. Tedious indie guitar ‘anthems’ that have been heard a hundred times or more check. Going from the awesome Kleine Schweine to this deflates our enthusiasm.

Forever Cult lift our spirits though, a band that have come along way from opening The Key Club stage last year. Relentless touring has boosted these guys right up the bill and rightly so, their angst filled grunge sends the crowd into a frenzy. With tracks like Tunnel Vision and it’s seething riffs, pounding drums and reverbed vocals there’s no wonder. Just another local band who are feeding off the awesome home atmosphere today as they outshine most of the bands from further afield. 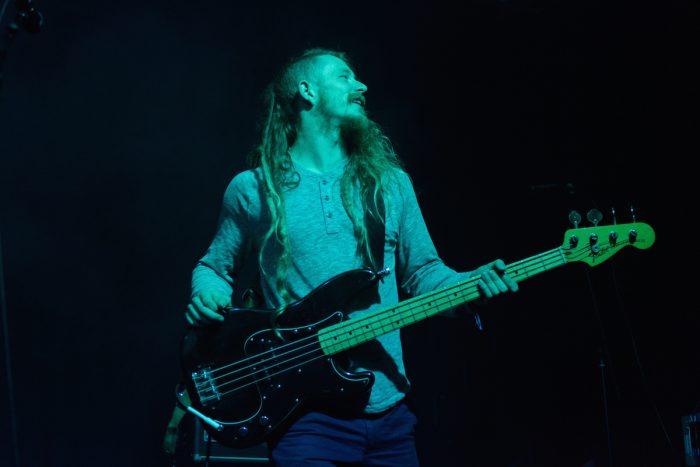 Rising stars Clean Cut Kid seem to possess a similar overwhelming power, as their fervent set whips a packed crowd up. With their funky indie rock proving a huge hit with everyone in ear shot, the likes of latest single Pick Me Up and Vitamin C go down a storm. Their tracks are those which become buried deep in your subconscious for days. They’re also just wonderfully enthusiastic and happy and their set becomes a truly uplifting experience.

We check out DMA’s based purely upon the hype that seems to surround this Aussie band. However, we’re left disappointed, in spite of the crowd’s obvious love and adoration for the band their faux brit-pop revival sound does very little for us. 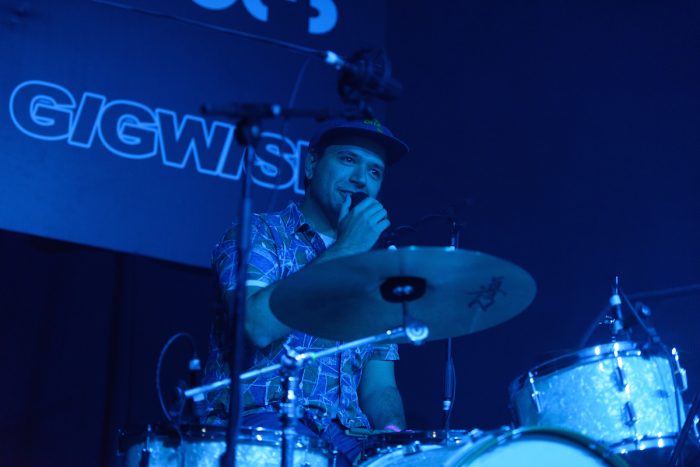 Instead opting for perhaps the most hyped band around, another band who’ve barely stopped touring in the past year – Spring King. They hit the stage running at Live At Leeds in a flurry of blustery guitars, inducing a sea of flying limbs and bodies in the seething mass of the crowd. It’s a relentless barrage of some of the finest guitar music around right now. There are obvious highlights packed into their set, the likes of City always go down a storm. It’s safe to say that with the announcement of their debut album, and more performances like this Spring King are in for a huge year.

As are Glasgow’s Catholic Action, in a sea of mediocre guitar bands, these guys seem to have something exciting and individual and today they really shine through. Whether it be awesome new single L.U.V. or the darker The Shallows, it’s particularly hard to stand out in a genre, which is once again overflowing with landfill indie. Tonight Catholic Action put on a show that really sets them apart from the boring middle ground. 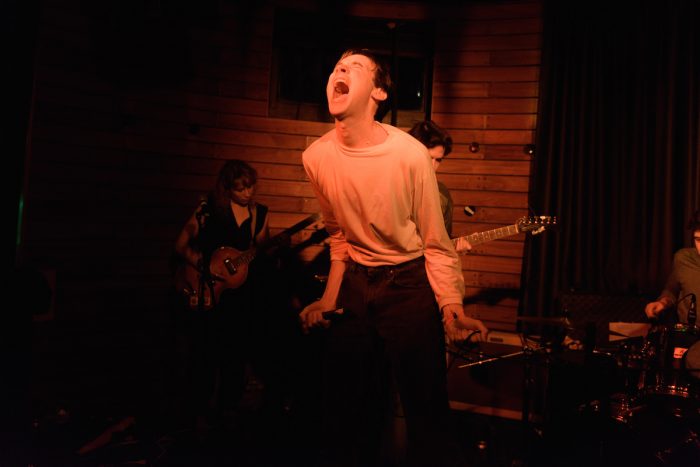 Blood Red Shoes made their return to the live arena tonight, and we only caught the first part of their set, before dashing back to see the effervescent Meilyr Jones. Walking into Nation Of Shopkeepers, all you can see is this tall man mingling in the crowd. His enigmatic presence has this packed crowd in awe, his incredibly orchestrated songs brought to life by his extremely talented band. One moment he’s screaming the next he is serenading, his larger than life theatrical performance is beguiling, despite the short set time he packs in an exquisite show, thrilling this stunned audience.

As Meilyr’s set is over all too quickly, we’re found perched in the incredible surroundings of Holy Trinity Church once again, this time for the wonderful Slow Club. Tonight they are premiering tracks from their fourth album, along with a few old favourites thrown in for good measure. Performing without a band, they open with a slew of new songs, all of which are deep and heartfelt. This intimate performance of these tracks really allows them to show off the lyrical content. 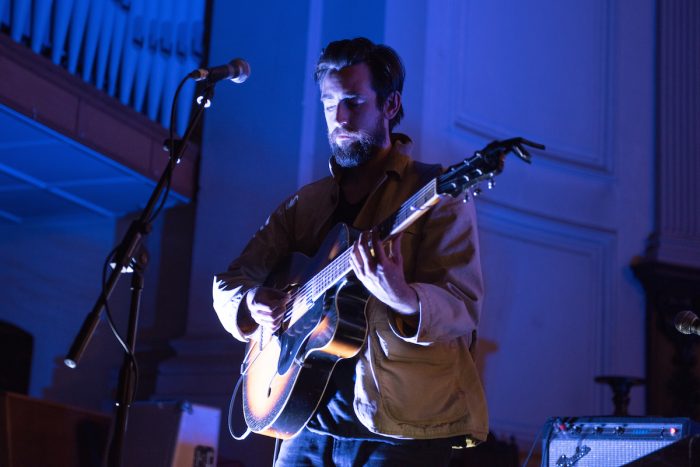 However, some people seem to believe that having a conversation is more important than listening to the band, and Rebecca is visibly perturbed by these people’s ignorance and rightfully so. In a bid to get the crowd to join in they play a brilliant stripped back version of Tears Of Joy, which does go down a treat and abates the ignorant people for a short time at least. We still truly enjoyed their set though as it closed out another incredible year for Live At Leeds.

The thrills and spills of these one day festivals always throw up some interesting sights and sounds. This year’s Live At Leeds was no different, from the distinctly bland, to the awe-inspiring and otherworldly Meilyr Jones, through anti-fascist punks Kleine Schweine and the wonderful delicacy of Slow Club. Live At Leeds had it all, such strength and depth of incredible talent!

~
Natalie McCool can be found online here nataliemccool.co.uk. She is also on Facebook and tweets as @NatalieMcCool.

Hannah Lou Clark can be found online here hannahlouclark.tumblr.com. She is also on Facebook and tweets as @HannahLouClark.

Meilyr Jones can be found online here meilyrjones.com/. He is also on Facebook and tweet as @MeilyrJones.