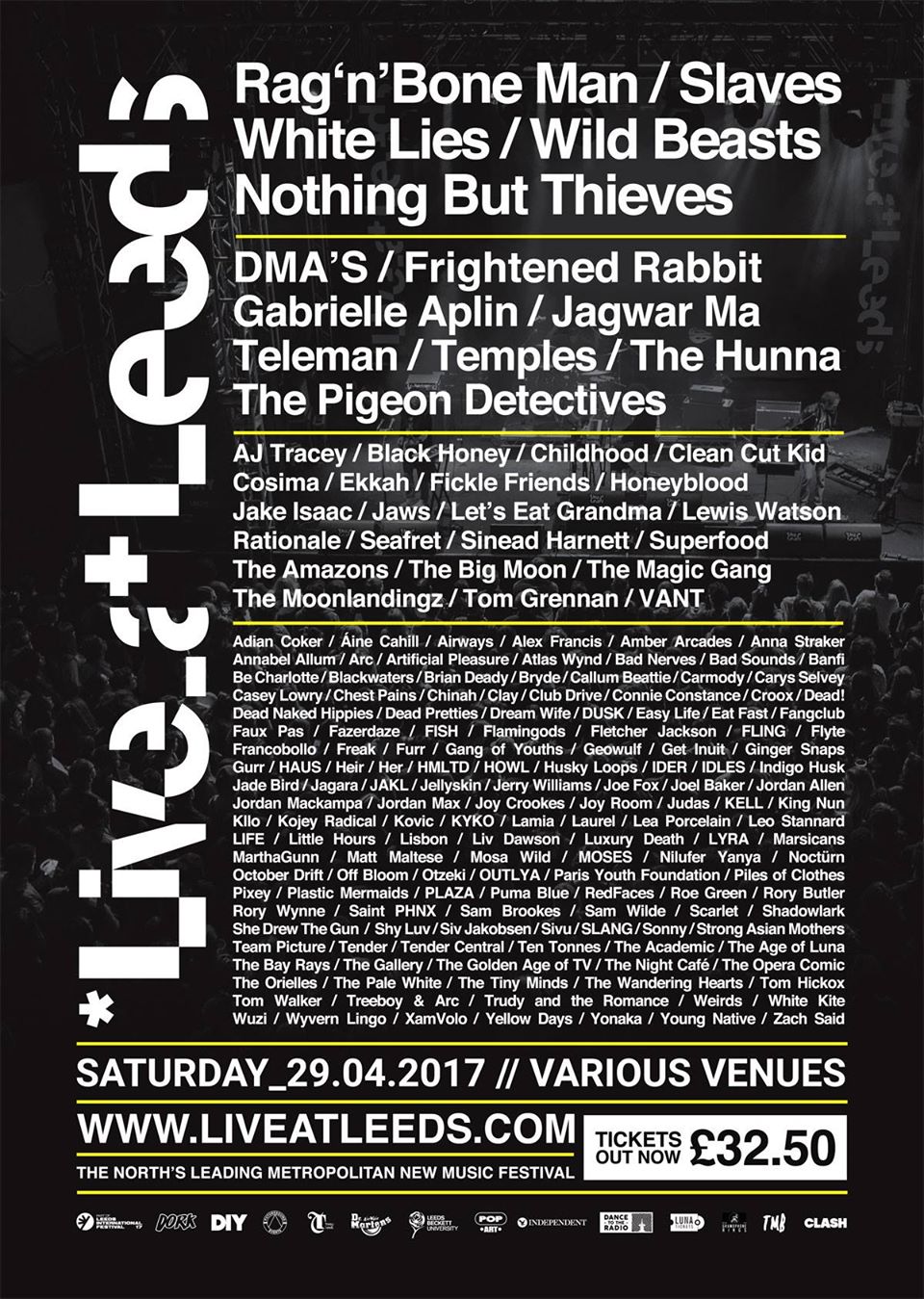 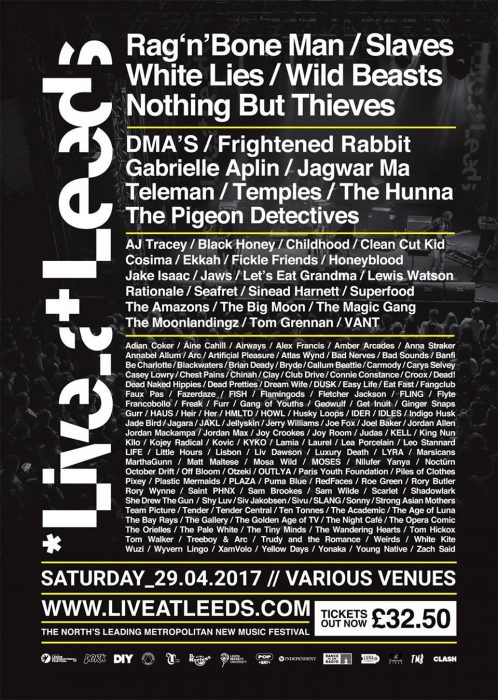 In less than two weeks Live At Leeds takes over Leeds again for what promises to be another stellar year, check out some of our picks here!

As festival season approaches at a rate of knots we take our first look into the wide range of acts playing at this years Live At Leeds festival in a couple of weeks time. With a now formidable reputation it almost impossible not to stumble across an artist who is sure to be huge in the next couple of years. In this preview we’re focusing on the line up as a whole in our next preview we’ll be focusing on some of the smaller acts on this years bill.

First up are everyone’s new favourite band IDLES, having caused a stir at this years South By South West festival they returned home triumphant. Continuing their jaunt across the country thrilling crowds everywhere they went, their brand of punk sees them telling it like it is and rightly so particularly in the current pitiful political climate. They’re a breath of fresh air and they do it so exceptionally well, we cannot wait to catch these guys again!

Formerly known as Night Engine, Artificial Pleasure are back and still as brilliant as ever, their infinitely catchy tracks only seemed to turn a few heads despite being particularly exciting the first time around. However, the infectious groove of new single All I Got is simply too good to not turn your head. This should be another of those moments where you can say you were there before they hit the big time, so don’t miss Artificial Pleasure.

Newcastle’s EAT FAST quickly shot to prominence last year with Byker Drone and then a slew of excellent garage jams, they’ve continued to consistently enthuse. Their raucous live performances have also become something to behold, having had the pleasure of being in their presence a number of times they never fail to deliver and we’re almost certain that Live At Leeds will once again see a stellar performance from these guys.

A shining light in new psych scene Flamingods have garnered a rather excellent reputation, their exotic brand of psychedelia is laden with hooks and chant worthy vocals. Their diverse sound though is what truly sets them apart, their collection of instruments allowing them to make music that is completely out of this world. The dense instrumentation in their tracks is to be lauded and embraced as they create these extremely trippy soundscapes.

Stalwarts of the Scottish indie scene and ever reliable Frightened Rabbit will make a welcome appearance at this years Live At Leeds. Following on from last years Painting Of A Panic Attack, the band are still rightfully riding high, in spite of the dark subject matter that the band focus on, live they’re always an exciting prospect. Soaring riffs and urgent vocals are what set them apart from the rest, a truly exceptional band and one who always deliver.

Personal favourites of ours Let’s Eat Grandma will make an appearance at this years Live At Leeds, following on from a triumphant 2016 which saw the release of their exceptional debut I, Gemini. The two friends are known for their theatrical live show that is always accompanied by their synchronised dance moves. They’re another band who are soon to hit the big time so be sure to check them out.

Having only recently completed a tour of the UK, The Moonlandingz have received rave reviews, not least from myself. Their energetic live shows have become the stuff of legend, raucous crowds all fawning over Lias and the band. As they deliver their brilliant pop songs, The Moonlandingz are undoubtedly one of the bands you must see at your earliest convenience. They are guaranteed to blow you away with an incredible show!

The Big Moon, have only recently finally released their debut album Love In The 4th Dimension, with tracks like Sucker and Cupid its no wonder everyone is falling over themselves to catch these ladies live. With tight riffs and urgent vocals they’re an exciting prospect and are certain to be huge in the not so distant future. In this case there is every reason to believe the hype as The Big Moon have the ability to deliver.

Last year we were trudging through Leeds after a very long day only to be confronted by a thunderous noise echoing from one of the arcades. Said noise turned out to be Weirds, whilst they weren’t playing last years festival they were staging their own guerrilla gig outside of a shop. You cannot help but be mesmerised by their brilliance and their energetic presence. The only worry is keeping them indoors will lead to them bringing even more madness to the party.

Berlin based Gurr complete our picks this time around, previously the band had passed by me but their exceptional take on garage is too hard to pass up. This duo has an infectious sound in the form of these upbeat garage jams, there’s a real passion in their tracks and their excitement is contagious. They’ve definitely now got our full attention and we certainly cannot wait to catch this duo in the next couple of weeks!