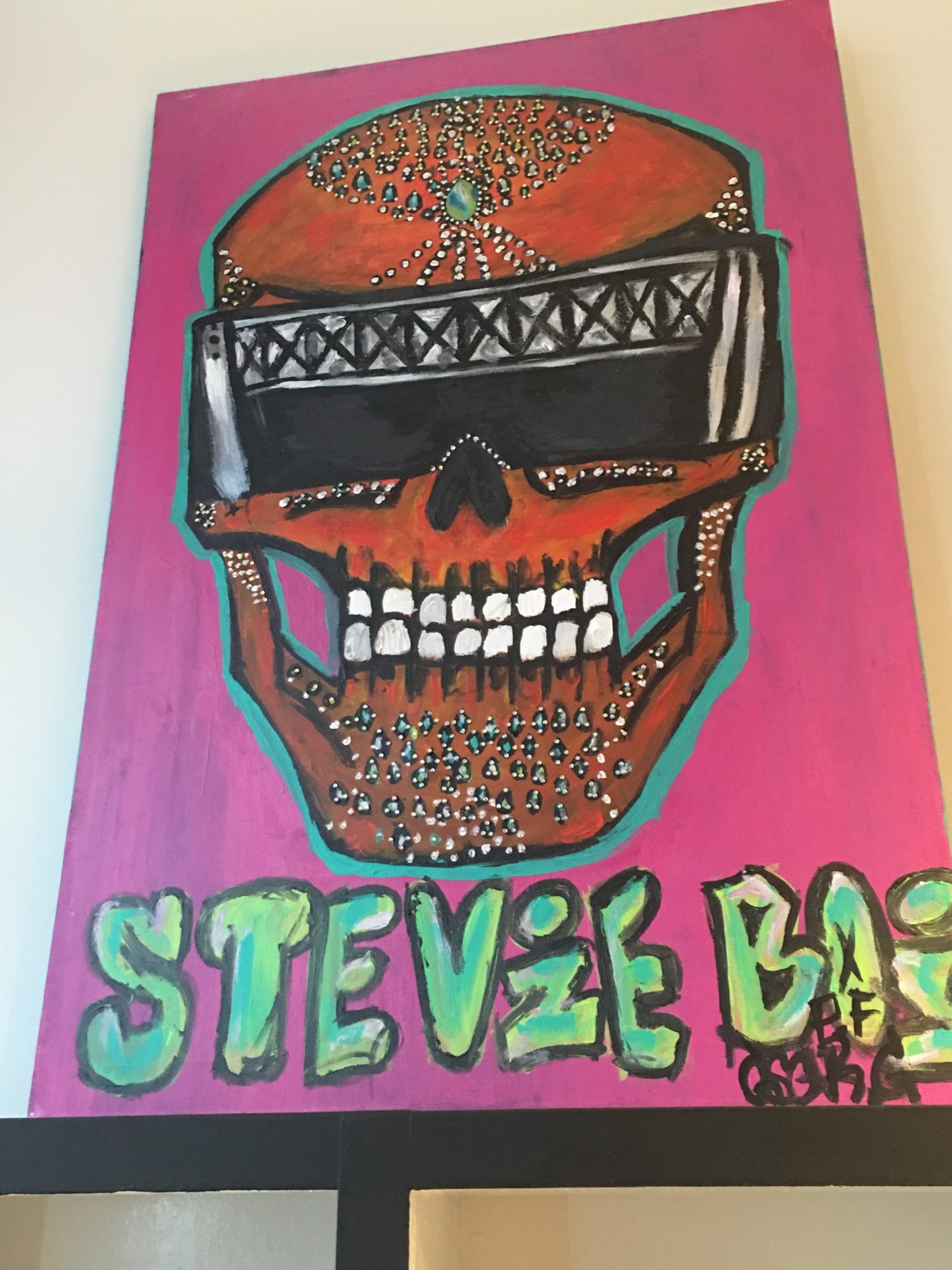 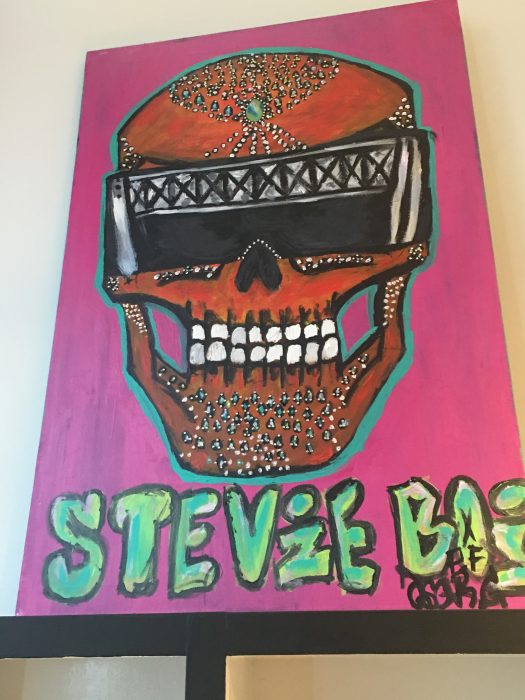 Lights, action, camera…..I felt as though I was in the midst of a super, surreal Hollywood set, inundated with flashes of light and exploding with sound, as well as crowds of brightly colored people, in unique costume and apparel, engulfing the room, when in reality I was present at the grander than grand opening of the first Flagship store of rock star designer, Stevie Boi.

The vibration and energy of the store, located at 188 8th Ave, in the heart of Chelsea, NYC,  was filled with effervescence, sparkling flamboyance, and happiness. Corey Wade from “America’s Top Model” was there, as well as celebrities of the fashion world and a slew of supporting media and photographers.

Stevie Boi has designed wild and fabulous sunglasses for Elton John, Lady GaGa and Beyoncé. The room overflowed with his creative glasses and samples form his brand new line “Cabin”. As we sipped Stevie’s self designed wine creation, from Sweden, we celebrated his new endeavors, as well as his new movie starring Denzel Washington, were Stevie will be portraying the role of an alien.

Louder Then War: I am so excited for you about this store.

Me too! I’m just really, really grateful that the owner of the store gave me this space. So far everybody is happy. I’m surprised that everyone came so early.

Do you plan to be here and run the store?

To be honest, no. It’s just impossible. I’m one person trying to do 10 jobs.

So we spoke a few days ago about a project with Oprah. Have you manifested anything new since then?

I’ve manifested a lot. I’m going to be in a movie with Denzil Washington. I can’t tell you the name of it, because they don’t have one yet, but I play an alien.

I think it’s amazing, just what you’ve accomplished in the short time I’ve known you.

Isn’t it so relaxing here? I work very, very hard.

It is. Yes, I know you do. You are bigger than fashion! So tell me about your own film that you plan to release.

I’m going to be directing and starring in my own  film this August, it’s called Cabin. It’s actually based on my collection, but it’s going to be turned into a psychological thriller. I’m taking fashion and mixing it with other arts. It’s going to be really interesting.

You do have that creative sensibility.

At that point, Stevie handed me a huge bottle of wine, and the room became overwhelmed with supporters and Stevie Boi fans….