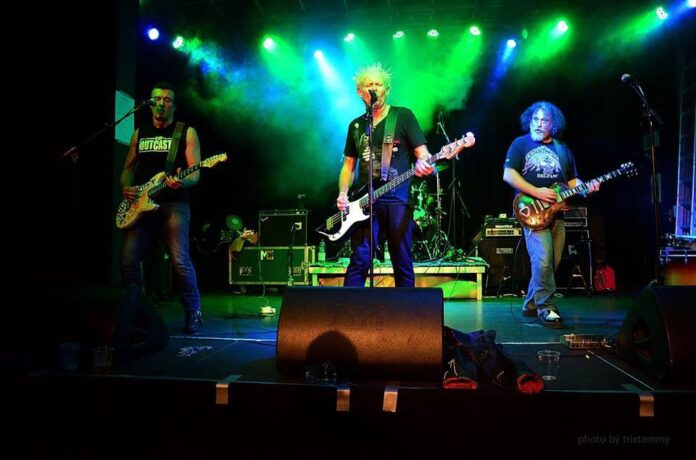 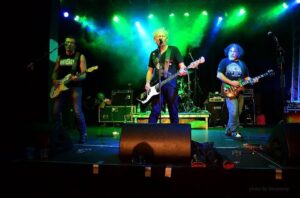 You may have caught them at Rebellion but the Belfast Punks are bringing their Christmas Craic to the 100 Club, Oxford Street, London on Friday 12th December.  This is a one off gig where ‘Too Drunk Punk Promotions & Harp Bar’ bring together a superb line up for the Good Vibrations Christmas Party, The OUTCASTS, THE DEFECTS, XSLF AND STEVEN VX after gigging in Germany, Dublin and the UK with special guest TERRI HOOLY the Godfather of Irish punk and DJ Pork Scratchings.  Belfast punk at its best with their classic 77’ sets which have stood the test of time, these guys are always deliver a great night out and bringing the vibe of the Harp Bar, home of Belfast punk to London as never before.

Hard core melodic pop if there is such a thing is best served from those Belfast bad boys THE OUTCASTS with front man Greg Cowan leading the band with ‘You’re a Disease’, Mania, Teenage Rebel, Self Conscious Over You, Cops along with some other classic covers and a lot of Belfast craic in between! From playing the Empire Ballroom at Rebellion in 2011the Outcasts have been on a roll ever since.  Their live performance filmed for a DVD at the Button Factory in Dublin with Paranoid Visions brings them bang up to date.

THE DEFECTS reformed back in 2010 to play at Rebellion and haven’t stopped gigging.  Playing constantly with a set of classic old and new songs supporting Sham 69, UK Subs and most recently Stiff Little Fingers, The Defects blow them all away.  Bucks electrifying scream ‘Come ON’ at the beginning of each song will alert you to Belfast punk is happening here and happening now.  Check out their new ‘Made in Belfast’ DVD coming soon.

XSLF Henry Cluney and Jim Riley (Yes, the other Belfast half) take time out from their extensive UK tour to blast out some of the best Belfast punk songs from those early days, Alternative Ulster, Suspect Device, At the Edge and many many more.  Great to see these guys playing again.

Young Punk Steven VX now plays guitar for the reformed 1970s Belfast punk band the ‘Ex Producers’ which his father was in the original line up.  Steven has just released a tribute to the late great Johnny Thunders with ‘The Boy Looked At Johnny’ for what would be his 62nd birthday featuring three essential covers and an original self penned track ‘Dirty Pretty Things’.  The Ex-Producers recently supported Irish rock band Horslips at the Ulster Hall.  Steven will be making his debut in London at the 100 Club.

After the successful BAFTA nominated film ‘Good Vibrations’ we get a taste of what these guys had to go through to play punk in one of the most troubled cities in Europe.  Terri Hooley helped make that happened when he started the Good Vibrations record label and his life is well documented in the film.  A true Belfast character Terri has a million stories to tell, from signing the Undertones and giving John Peel his favourite record to owning the poorest record shop in Belfast.  Always entertaining the Belfast punks will provide one of the best Christmas crackers this year.