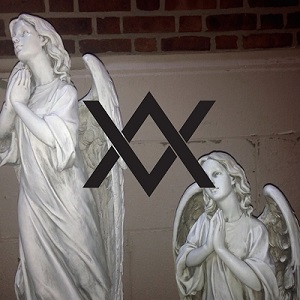 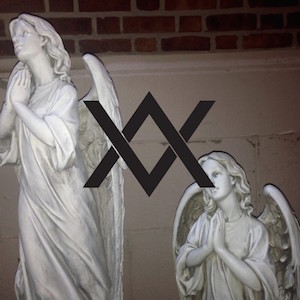 Black metal provocateurs Liturgy have a new album due out soon. It’s billed as a “quantum leap forward” and “a radical change in sound…” but does our man Joshua Hunt agree?

Alright, let’s get this out of the way.

I’m not going to talk about Transcendental Black Metal for any longer than it takes to define it. To do anything else would be to do a disservice towards the reader, who are undoubtedly tired of hearing about it whenever Liturgy and Hunter Hunt-Hendrix are mentioned, and it would do a disservice to the band, who should be looked at for their music instead of the controversy that surrounds them.

With that said, Hendrix and co. very clearly feel that their ideology is an integral part of their music, so ignoring it totally would be just as much of a minor injustice.

Transcendental black metal is , as defined by Hendrix but paraphrased by yours truly, “life affirming,” “humanist in its nihilism,” and “a rebirth of the mythical American spirit.” It’s guiding musical principal is the “burst beat” that, unlike the typical “true kvlt,” rhythmically consistent blast beat, moves and breaths, accelerates and decelerates, ebbs and flows like the ever-circling cycle of life itself.

Alright, with that out of the way, let’s talk about The Ark Work.

I’ll be honest, I had never listened to Liturgy before being tasked to review this album. In fact, I had never even read a review of any of their music.

After reading Hendrix’ transcendental black metal manifesto and looking at this album’s cover art, I assumed that Liturgy would just be another “Cascadian” metal band, all atmosphere and no songwriting, a tepid exercise in Wolves In The Throne Room worship.

I couldn’t have been more wrong…

The Ark Work is a brilliant album. A timely work that bleeds millennial worldliness and intellectual knowledge of self while still maintaining a connection to the esoteric, primal spirit that caused thousands of epistemologically curious to fall into black metal’s claws.

I think growth is the opportune word when describing The Ark Work and Liturgy as players. The songs here grow, spread their branches through multiple disparate genres while their roots stay planted firmly in achingly beautiful, well-composed songs.

The album begins with a track called Fanfare and, almost paradoxically, it is a kind of ambient track, the semi-traditional way that black metal albums have opened since Bathory.

In place of ice-cold soundscapes we have forceful, synthesized horns. Instead of mournful, mincing notes we have bombastic, celebratory, life affirming music! Oh what joy! It ends with the swelling, sampled noise of a crowd cheering, as if greeting a king.

This immediately bleeds into Follow, a track that begins with heavily overdubbed, reverb-soaked bells. It sounds like something Pierre Schaeffer would make at the height of his experimentation, all piercing, bird-like high notes.

Eventually, a tremelo picked riff and a “burst beat” kick in. The riff is off-kilter, shoegazy and progressive, more Swervediver than Darkthrone. Lower in the mix, synth lines, glitchy stop-start electronic drum patters, and the vaguely Alice In Chains vocal stylings of Hendrix.

This song flows directly into the next track, Kel Valhaal, an even more layered, half-Deafheaven, half-Swans jam, complete with heavy bass line and downright groovy drumming. Vocals on this track seem very robotic, perhaps Kraftwerk inspired. Like most of the tracks on this album, this track is enveloped by ambient, dubby production and electronica intricacies. Ambient synth leads and trap-rolled snares underscore the bassy production.

Then, for the first time since, the album stops. The horns cease, the bells stop tinkling.

The album proceeds from there, keeping the tight, intricate, electronica-inspired song structure and intricate arrangements throughout.

The fifth track, Quetzalcoatl, breaks the pattern by including a gabber beat and baroque influenced synth. It’s beautiful in a very classical way.

Onto the elephant in the room, Vitriol.

The rumors are true, Hendrix raps.

It’s more spoken word, but it kind of sounds like Migos if they were produced by Prurient, Yung Sherman, and Electric Youth.

I really wish I had the time and space to talk about every track, because they’re all flawless.

I think Hendrix accomplished what he wanted with this record. Truly.

If anyone doubted the sincerity of transcendental black metal, this should prove them wrong.

I don’t believe in perfect albums, but I believe in records that come close, and this is one of them.