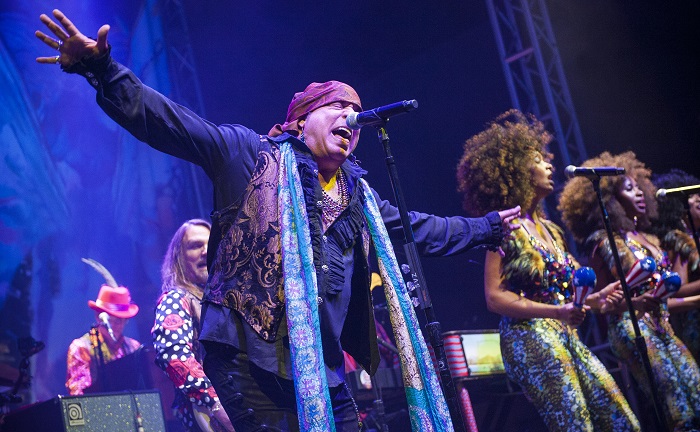 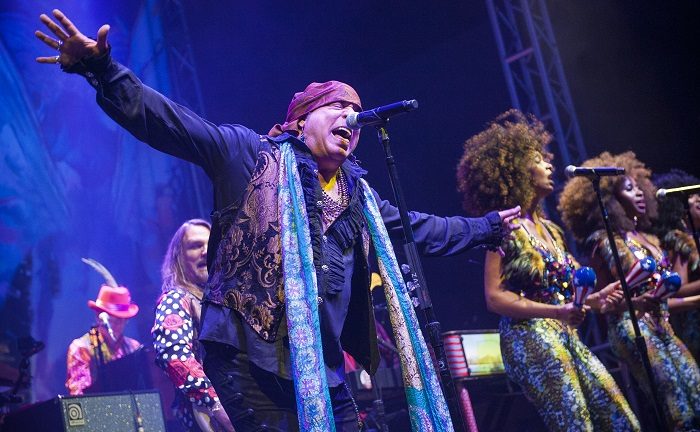 Little Steven and the Disciples of Soul visit Manchester as part of their Summer Of Sorcery Tour. Sophie Sparham reviews.

Little Steven is one of rock’s long-time professionals, co-founder of Southside Johnny and the Ashbury Dukes, and long-serving member of the E Street Band, Steven Van Zandt knows how to put on a show.

Tonight, The Disciples of Soul promise to take us on a journey deep into their latest album, Summer Of Sorcery. A summer of endless music, fantasy and I quote “a summer with no plastic“. The audience is all in agreement that sounds pretty good. 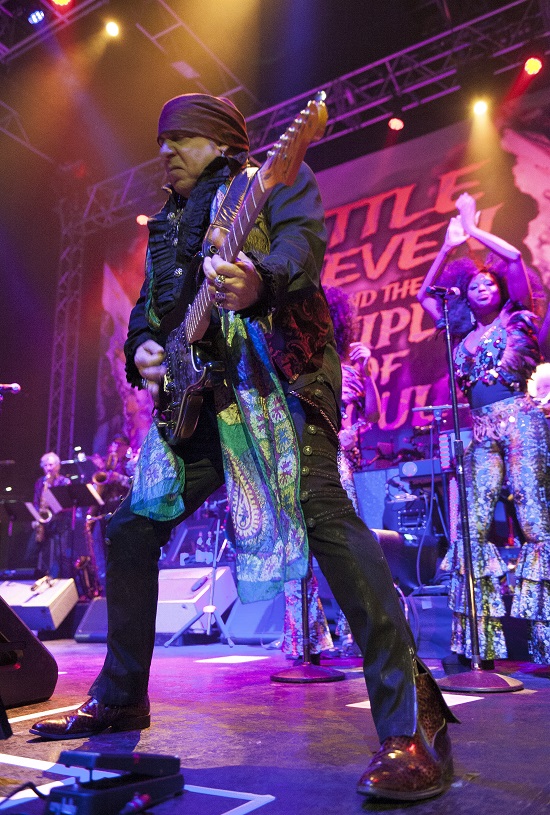 Everything about Little Steven and The Disciples of Soul is flamboyant, fabulous and unreservedly over the top. From their beautiful psychedelic outfits to their flawless showmanship to the fact that they’re a fifteen-piece band. The Disciples are made up of a five-piece horn section, drummer, bass player, bongo and percussionist, two keyboard players, three backing singers and a guitarist – not forgetting the charismatic Stevie Van Zandt fronting the whole outfit.

The show is completely immersive. From the moment they step onto the stage, they give every last drop of sweat to the audience. And not only are the Disciples flawless, but they also look like they’re having fun; sharing a glance or two and putting their arms around one another throughout the performance.

The Disciples play a mix of songs, taking us on an exploration of Stevie’s career. This is the perfect show for anyone who wants to get a glimpse into the evolution of Van Zandt’s history. The setlist includes everything from the new album to older Little Steven material such as I Am A Patriot and a few Southside Johnny numbers were thrown into the mix.

Stevie weaves the songs together with gentle words, laughs and speeches about looking out for one another and supporting your teachers. By the time the end of the set comes, the band don’t even have to go off stage for an encore, finishing with the classic Little Steven song, Out Of The Darkness, which is still extremely prominent in these current times.

“We’ll be back,” Stevie says, as the band turn to leave the stage and everyone knows he means it.

All words by Sophie Sparham. More writing by Sophie can be found at their author’s archive. Sophie is also on twitter as @SophieSparham and has a website: www.sophiesparham.co.uk

All photos by Mike Ainscoe. You can find Mike’s writing on Louder Than War at his author’s archive. He can be found on Facebook and is currently revamping his website…