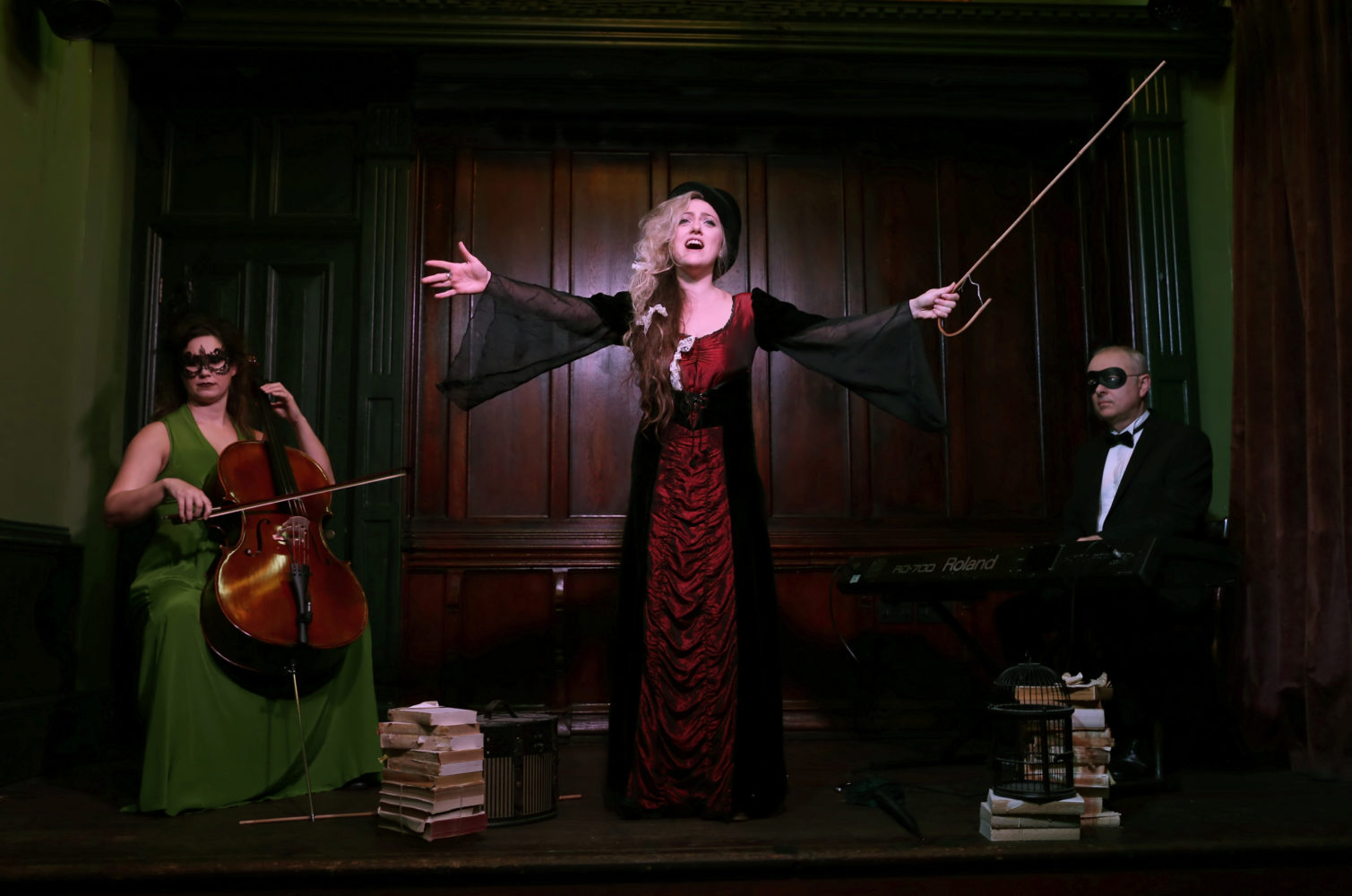 The aforementioned track is ‘Baggy Trousers’, Madness’ much-loved anthem of the 80s. Now, Little Sparrow, the artist name of North-West based Katie Ware, attempts an innovative exploration of the song – one of the three tracks from the aptly titled ‘Just 3’.

Inspiration for the EP emerged out of a particularly exciting time for Little Sparrow, as in 2016 she was invited to perform on the Tim Peaks Diner stage at Kendal Calling festival as part of an event hosted by Chris Hawkins. It was in this setting that creativity and collaboration was on the cards, as much respected composer and musician Robin Dewhurst was also at the festival; and the two (along with cellist Sarah Dale) were invited by the event organisers to create their own version of ‘Baggy Trousers’.

An emotive, enchanting assemblage of music, the opening with ‘Baggy Trousers’ is a bold example of a cover version which celebrates creative skill and actively engages the audience in its own right. After all, a cover song on an EP can be a dangerous choice, but Little Sparrow and Robin Dewhurst show it is a risk worth taking; not just ‘covering’ the track, but beautifully embracing its themes with resounding upbeat and resonant harmonies. Heavy instrumentation is stripped back, allowing the voluminous vocals of Little Sparrow to reach an almost yodel-like quality at points.

The new video adds to the visceral nature of the tune, turning over imagery of times past and still highlighting the present-day impact. It opens with enchanting cello and coordinated keys, adding depth to a film of a young schoolboy, before Little Sparrow’s lyrics lead us into the story of ‘Naughty boys in nasty schools’. She stands on stage, in school-tutor-like dress, whilst cellist Sarah Dale and Robin Dewhurst on keys add instrumentation beside her.

With notably well-paced, warm vocals and later harmonies which take the piece to new heights, a particularly profound point is an expressive section of almost jazz-like piano before the repeated refrain ‘all I ever learnt at school was how to bend not break the rules’. The use of stage presence combined with a background narrative increases the area for empathy over this track… a thought-provoking and characterful reworking of a classic.
Attempting not just a cover, but a collaboration – and creating a video for it – emphasizes Little Sparrow’s determination and dedication to the music; testament to the resultant resonant sound which will have appeal to a wide range of audiences. Rich, interesting and evocative: what a winning combination.

And the music doesn’t stop there. ‘Tender’ is the first single taken from the EP – a heartfelt piece of music crafted by Little Sparrow at a difficult time in her life. Here we hear deftness drawn out of difficulty, as intimate, emotive cello underlays lush lyrical reflection on the themes of friendship and closeness. It incorporates an audience presence in its own right too; as during her assemblage of this track, Little Sparrow reached out to her fans for photographic memories of their loved ones… many of which are now incorporated into the moving music video. 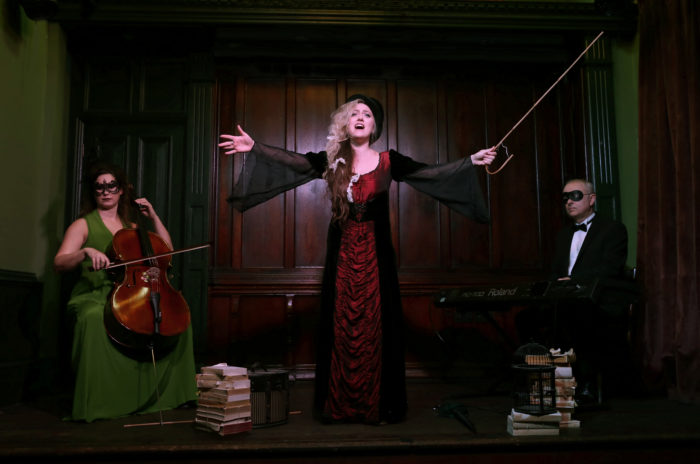 A key quality of Little Sparrow’s music is that it is unafraid of encountering hardship and hard-hitting experience, yet through her soaring vocals and articulate acoustic, she shows the ability to rise above. This seemed summarised in that December 2016 marked Little Sparrow being voted Laurel Canyon Music ‘Favourite New Artist of The Year’ and she also began 2017 with an appearance on BBC Breakfast. 2018 promises even more, thanks to the excitement of ‘Just 3’.

What this EP particularly expresses is the importance of looking back – not to bathe or bury ourselves in nostalgia – but to learn and progress. ‘Dry Your Eyes’ shows this especially, with shimmering tones. The vocals are intimate, inviting, encouraging the audience to ‘dry your eyes’ and to recognise that love and care are never far away. Co-written by William Fitzpatrick, the bravery in the music billows out through the direct address, significantly influenced by Katie’s own experience of depression – the track itself written several years ago.

Words and tune wield together a particular sonic power that is ideal for sitting back and reflecting to; thanks to Little Sparrow. Forget empty acoustic arrangements and inevitable chord assemblages. ‘Just 3’ has power and profoundness in its succinctness, each track an individual, expressive burst of feeling which just fits. Highly recommended.

Photography with thanks to Shay Rowan
Words by Emily Oldfield