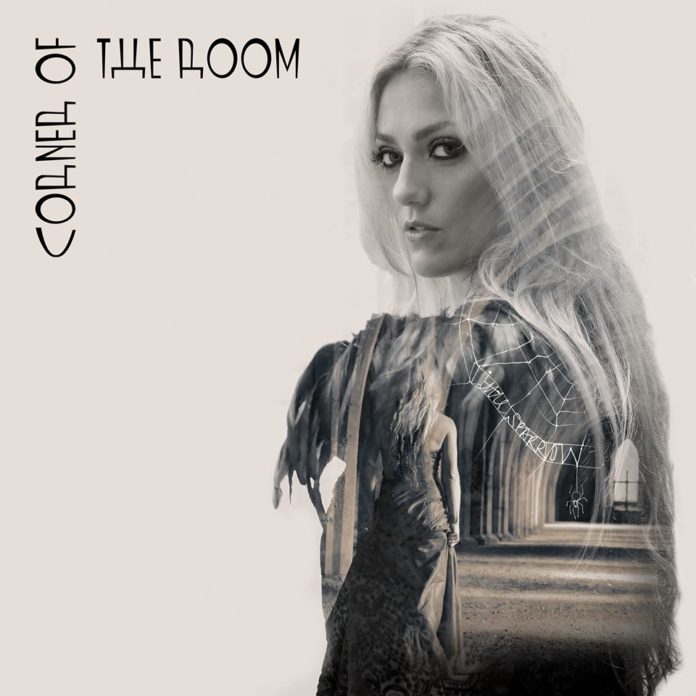 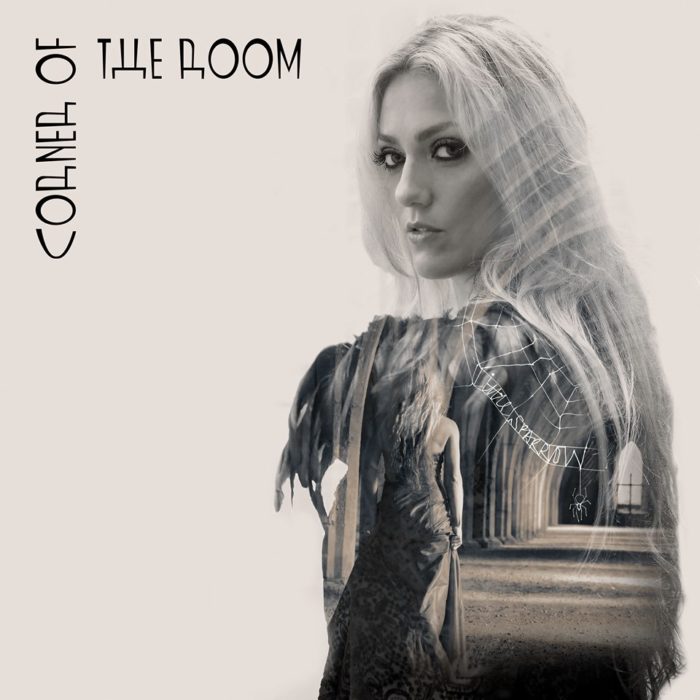 ‘Corner of the Room’ is a track demonstrating not only the sheer sonic capability of Little Sparrow but an eye for visual flair, infusing Gothic imagery – both in lyrical content and an accompanying video – with emotive instrumentation. Emily Oldfield takes a listen… and given that it is Halloween month, this certainly is an appropriately immersive song.

This powerful single marks some interesting new material from the Manchester-based artist Little Sparrow (aka Katie Ware) for 2019, taken from her forthcoming album ‘Feather Moon’ and shows a real exploratory progression in her sound – opening up the real force of feeling through vocals that are highly developed, spiralling, soaring. ‘Corner of Room’ conjures up the intensity of claustrophobia through the central image of a ‘sticky web’, the message of entrapment and personal plight powerful, yet not overdone. This is a piece of music pulling on the perspective of a spider, a sort of character who watches from the corner of a room: and is a construct allowing for creative energy to flow.

As with many of Little Sparrow’s tracks, there is a playful fairy-tale quality, much of the imagery metaphorical rather than literal, allowing the audience to explore and interpret as they will. And it is a sound that many are sure to want to explore, again and again.
‘Yes I feel the rhythm, the beating of your heart is breaking through’ – this is lyricism loaded with intimate pacing and artful enunciation, allowing words to unfurl with the music: delicately plucked guitar, the powerful plunge of a cello. Little Sparrow’s vocals themselves lend a particularly stand-out quality, a sonic magnificence, managing to infuse rhythm and rolling harmonies like their own intense instrumentation. This is seriously powerful, reminding me of the resonant depth of folk music, yet jumping genre definitions with an almost magical quality. The concise yet high-impact line ‘my web’s been spun’, wields multiple definitions and many threads, drawing the listener to reflect, replay, relish the sound. 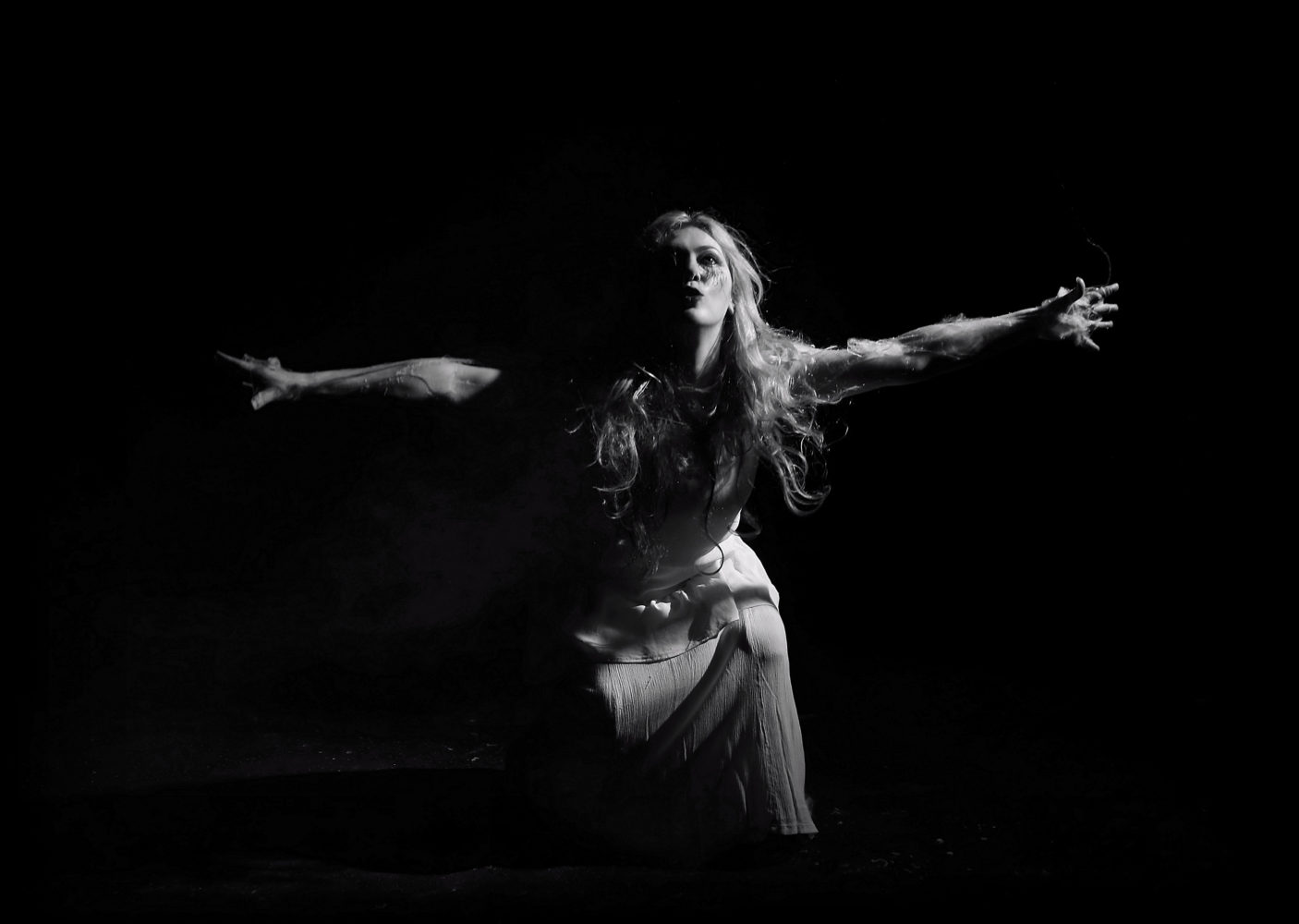 Another aspect highlighting the ongoing development of Little Sparrow’s artistry is the notably well-co-ordinated video, created by Luca Rudlin of People Staring. Against a dramatic black backdrop, Little Sparrow moves rhythmically, enchantingly, channelling the movements of dance – all whilst draped in webbing, thus working with the central image of the song. The camera pans atmospherically from her focal performance to the talented musicians who work with her; Sarah Dale on Cello and percussion from Mitch Oldham, light dancing with a powdered quality at the pound of the drumbeat. It is Jonny Lexus on guitar, as well as a range of other instruments, who is also a key collaborator with Little Sparrow – significantly involved in the recording and producing process.

As the song builds in its urgency, the powerful punctuating beat of a drum, notes of cello and emotive acoustics bring a beautiful depth – all hitting home through the voice of Little Sparrow; lush vocal tones and turns of phrase that speak volumes, in every sense of the word. A track to lose yourself in, and to savour.

Video by Luca Rudlin at https://www.peoplestaring.com/
Many thanks to Beverly Braisdell, Curriculum Leader for Media Make Up at Future Skills, MediaCityUK. www.salfordcc.ac.uk
Hair and make up by-
Olivia Healy – Oliviahealy5@yahoo.co.uk
Jade Patchett – jadekpatchett@gmail.com
Olivia Brookes-Ryan – livryan2001@gmail.com