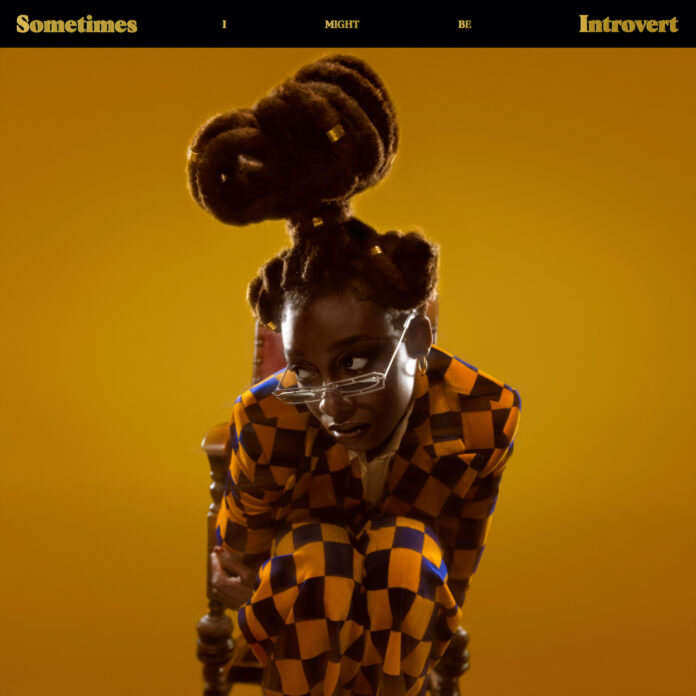 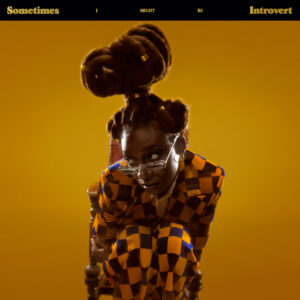 Sometimes I Might Be Introvert is a lush, expansive, sprawling masterpiece. Awash with sweeping strings and eternal conflict, Little Simz raps with potency and power. It’s quite probably the album of the year, according to Louder Than War’s Gordon Rutherford.

“I was told you don’t talk much.” – The Rapper Who Came To Tea, Little Simz.

Simbi Ajikawo, AKA Little Simz, is an introvert; a shy, reticent person who functions in an industry where one is expected to be consistently gregarious and larger than life. We know this because she signposts it in the most obvious way, entitling her new album Sometimes I Might Be Introvert. Go deeper, analyse any one of the five interludes on this latest release, because it appears they have been included here specifically to portray her personality. “The extroverts like to be entertained and I was told you don’t talk much”, states the character who addresses Simbi on The Rapper Who Came To Tea. Therefore, when Simz tells us that she “ain’t your typical rapper” on one of the album’s latter tracks, Fear No Man, she is merely confirming what already know. Simbi Ajikawo/Little Simz, isn’t your typical rapper. She is a one-off.

Sometimes I Might Be Introvert is a spectacular collection of vignettes which combine to paint a vivid portrayal of the personality of the artist telling the story, thus creating the persona in our minds. An introvert, albeit one who is not lacking in self-confidence, who prefers to stay in the shadows. Yet, assuming that’s the case, how come this record sounds like this? The second last track on the album is entitled How Did You Get Here and that’s precisely the question on my mind. Think of albums created by introverts. Broadly speaking, I mean. Maybe I’m wired differently, but I have visions of singer/songwriters with an acoustic guitar (or maybe electronics) working solitarily. A stripped back, intimate, almost fragile sound. Burial in his London flat or Bon Iver in his log cabin. Sometimes I Might Be Introvert is none of those things. This is a magnificent sprawling epic, one that utterly defies classification as it projects a sound as vast as the Grand Canyon and as infinite as space itself. Sonically, it is massive and oozes drama throughout every single second. The mood is set immediately in the form of the lush and cinematic opening track, Introvert. Veering wildly, like the world’s most hair-raising rollercoaster ride, it is both beautiful and terrifying. It’s grandiose, as intense and theatrical as King Lear. It reminds me a lot of Kanye’s magnum opus, Jesus Walks. It is inevitable and unstoppable, nothing can get in its way, and it sets the tone perfectly for everything that follows.

The thing that elevates Introvert, and, in fact, the entire album, is the strings arranged by Rosie Danvers, who has fulfilled a similar role in the past for Jay-Z and Kanye West. Quite simply, if you lifted the rap off the tapes, you would be left with a modern classical masterpiece. That fusion of lush orchestration and rap is a combination as irresistible as pernod and blackcurrant. It works so persuasively thanks to the contrast. We have that furious and potent rap of the inner-city, skimming atop sweeping cellos and violins. It creates something of a musical chiaroscuro, something utterly stimulating, and Sometimes I Might Be Introvert is built on this foundation of contrast and counterpoint.

Take Standing Ovation, for example. It’s a blistering vocal performance from Simz, as she eviscerates everything in her path, all atop a score that feels like it should be in a Bond movie. Even more stark in establishing counterpoint are the aforementioned five interludes which act as bridges between the tracks themselves. Three of these interludes are voiced by The Crown actress, Emma Corrin, who brings her marvellous received pronunciation on these spoken word interstitials. They are almost like little self-help vignettes, with Corrin playing the part of the matronly adviser, providing life lessons to young Simbi. Some of it is sound, some ridiculous. They are narrated atop a score that you would assume would be more at home in the Wizard of Oz or The Sound Of Music. That particular contrast doesn’t require to be elaborated upon further. However, when we segue from Corrin’s aristocratic tones back into incendiary hip-hop, the effect is rather like the music jumping out of your speakers and grabbing you by the shoulders. This is most vivid on the leap from the Mayfair tea-room of The Rapper That Came To Tea into the street grime of Rollin Stone.

Counterpoint is omnipresent. I mean, what could be more conflicted than a track entitled I Love You, I Hate You. Listen to the sumptuous Two Worlds Apart. Musically, it’s akin to that kind of symphonic soul that was trademarked by Thom Bell, you know that Stylistics/Delfonics sound? Yet, beneath that sheen, Simz begs the listener “please don’t tell my mama I been smoking marijuana”. This track also contains, in its final verse, the most magnificent key change imaginable. It’s a moment that Burt Bacharach would be proud of and, in that split second of pure genius, we are taken to heaven. I See You is a beautifully tender story of self-reflection built upon a sublime Steve Lacy-esque guitar line, yet not much later we are treading warily through the threatening, Obongjayer voiced, Point And Kill. The implied menace is somehow amplified by the melodic tones and precise pronunciation of Obongjayer as he advises “I no fear nobody”. Again, fascinating contrast.

Nineteen tracks, no two of which are the same. Moreover, none are throwaway. Every damn second counts on Sometimes I Might Be Introvert. Of course, none of this would be possible without the significant role played by producer Inflo. He is becoming something of a talisman, although his success has more to do with technical brilliance than luck. He co-wrote and produced Simz’s 2019 Ivor Novello award winning album, Grey Area, before fulfilling a similar role on last year’s Mercury Prize winner, Michael Kiwanuka’s eponymously titled album. He is set to repeat the feat this year (if there is any justice in the world) with SAULT’s Untitled (Rise). Clearly, he is an alchemist of the studio and, along with Simz, has masterfully taken all of these layers and sounds and moods and contrast and crafted them into a collection that is absolutely cohesive, compelling and extraordinary.

And when you join up all the dots – Inflo, Little Simz, Kiwanuka, SAULT and the country’s finest voice right now, Cleo Sol, who features on this collection’s wonderful second single, Woman – you create a picture of a movement. It’s a powerful, dazzlingly creative, consistently amazing movement, centred predominantly on London and working in parallel with that other great revolution that’s happening in the new wave of British jazz. Both fuse multiple influences, including hip-hop, jazz, soul, Latin and afro, building on a platform of classic songwriting and technical brilliance. This is our latter-day renaissance and we are fortunate to be living in the midst of this.

Let’s return to Simz’s 2019 commercial breakthrough album, Grey Area. Sometimes I Might Be Introvert is a significant leap forward. It’s not that Grey Area was a shrinking violet of an album or anything. How could it be with lyrics like “I’m a boss in a fucking dress”? In fact, it was an album that exuded self-belief. But this follow-up takes things to an entirely different level altogether. It’s just the sheer magnitude and ambition of it, as though Simz has stepped through a portal from inner-city to the great plains, such is the expanse of colour and vibrancy and never-ending sky. Possibly this introvert knows, deep down, that she is on the cusp of world domination with this collection.