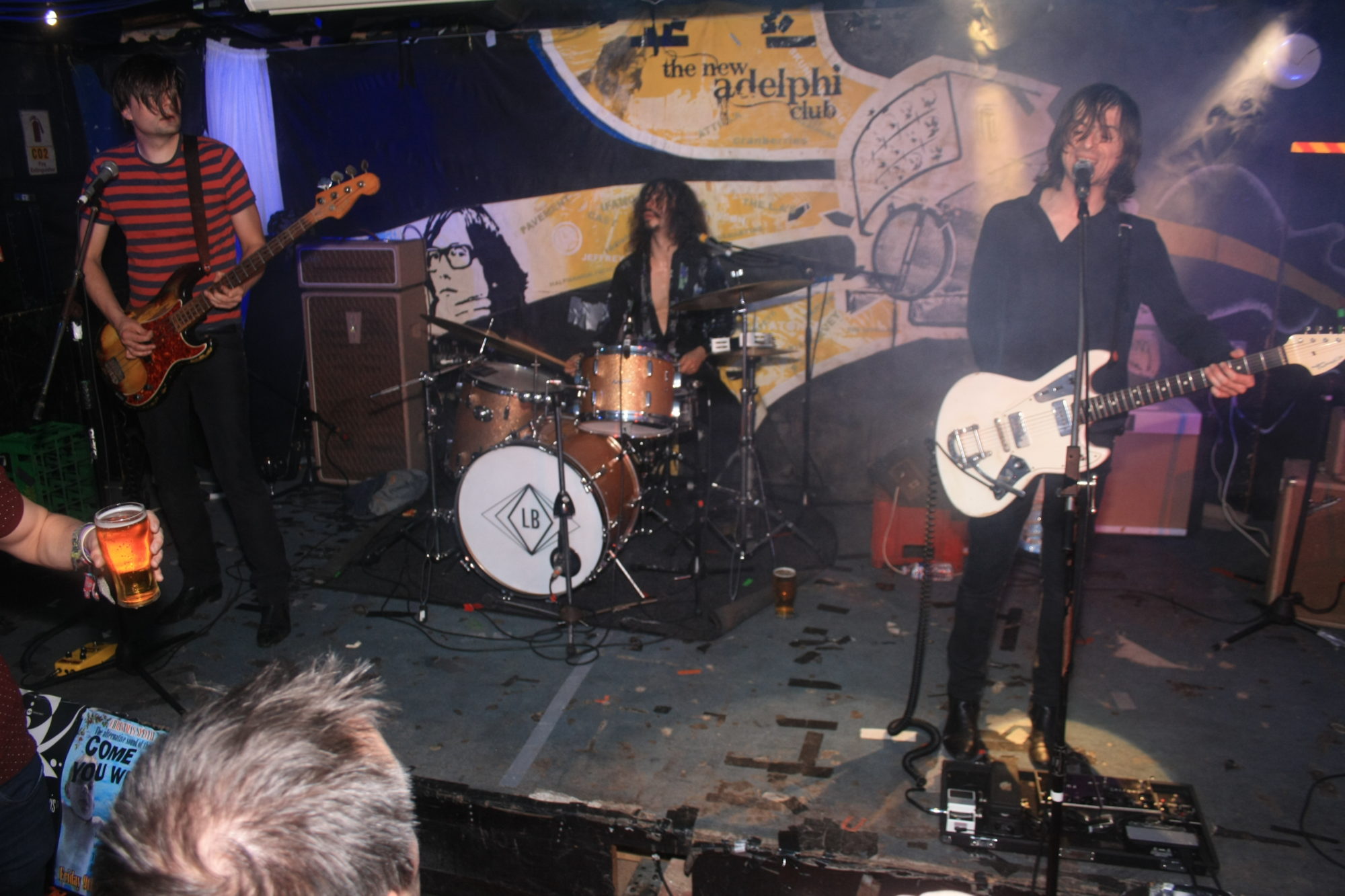 Roxy Gillespie went on an away-day to see what the live music scene in Hull had to offer at the Little Barrie gig at The New Adelphi Club. Here is what she found.

Clubs like the Adelphi in Hull are increasingly rare. The grass roots venue is obviously a labour of love. It may be slightly ragged around the edges but the atmosphere and buy-in from the crowd are better than many venues in the country.

The music was superb from the outset. The Black Delta Movement go from strength to strength and they were on home turf. Opening track ‘Hunting Ground’ hit the audience with full force. With the line-up now including two drummers, the band’s sound took on extra resonance. The hypnotic psychedelic garage rock the band produces continues to be mesmerising. Whilst Matt Burr provides vocal prowess, the band work as a cohesive unit, each member equally important in the mix. The recent single ‘Seven Circles was a highlight with its driving rhythm. ‘Medusa’ and the stunning finale ‘Butterfly’ showed the talent and virtuosity of the band’s guitarists.

The Schizophonics had travelled from San Diego to give their whirlwind of a set. The trio played some amazing psychedelic rhythm and blues tracks that the crowd loved. Officially the most energetic frontman of the night, the singer Pat Beers threw himself around the stage and off it while still managing to sing and play some very fine guitar. Taking his life in his hands in such a small venue, the energy of both the music and the performance was electric. Tracks like ‘Red Planet’, Put Your Weight On It’ and the soon to be released ‘Land Of The Living’ showed staggering musical aptitude to go with their impressive stage presence.

With such accomplished and exciting support bands, Little Barrie had no room for error if they were to do justice to the headline spot. From the moment they took the stage it was obvious that they were fully up to the challenge. From the beginning the guitar work was magnificent. Backed by an excellent rhythm section, Barrie Cadogan played exquisitely. The crowd were smitten.  The sound was atmospheric and bluesy, just pure quality. Every band on the night had played their own take on garage psychedelia and Little Barrie were no exception. Songs like the impressive ‘Tip It Over’ and the hotly awaited new single ‘Love Or Love’ formed part of the stellar set. The love seemed to flow both ways, with Barrie Cadogan calling the night the best of the tour so far to rapturous applause from the audience.

The intimate venue offered the bands the chance to really connect with the audience. The crowd and the band members mingled and the audience members were keen to show their appreciation. Described by one audience member as seeing three headline-quality bands in one night, he seemed to sum up the gig perfectly. The bands had complimented each other really well. This was everything that seeing bands at small venues has over the stadium experience. It was relaxed and informal, a personal experience that would stay in people’s memories for a very long time.