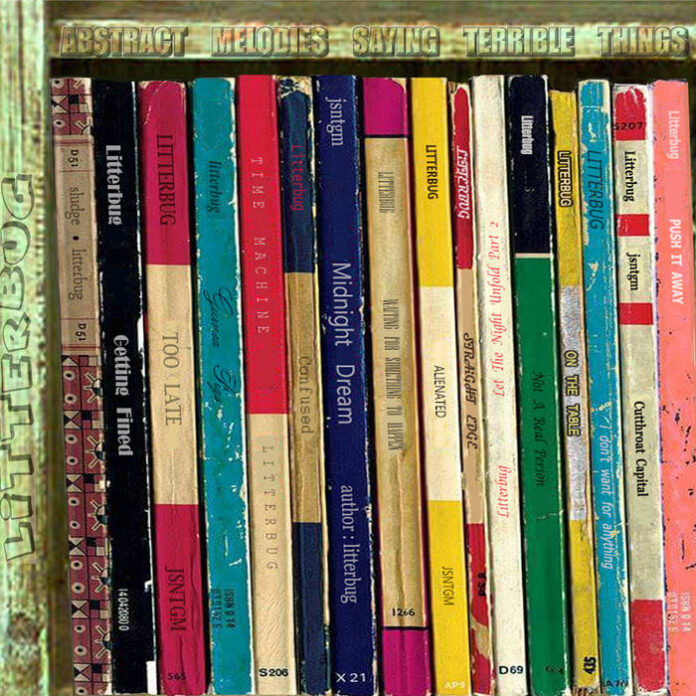 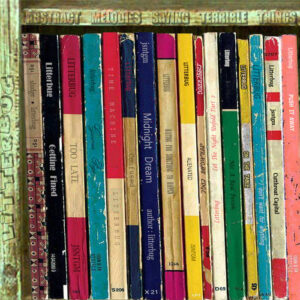 Blackpool will be missing its influx of punks from far and wide this summer with the inevitable postponement of Rebellion due to COVID 19. Never fear though, if you want to feed your Blackpool-linked punk leanings, the city’s very own punks, Litterbug, come to the rescue with their latest opus, Abstract Melodies Saying Terrible Things.

The melodies may be abstract, but they most certainly aren’t terrible. Quite the opposite.  Twenty (count ‘em) adrenaline-fuelled tracks on the CD version, including four bonus tracks from the Countdown to Schadenfreude EP. Don’t think for a minute you’re going to get Litterbug fatigue after these 20 tracks.

The band play a tight vigorous style of spirited punk rock influenced by the sounds of the first wave of punk: melodic, peppy, played as if their life depends on it; played as if they are of one skin. Within the first few bars of Push it Away, I hear Damned-influenced bass, Skids riffs and a bit of PiL thrown in for good measure.

There is one thing you can’t deny: throughout the score of tracks here you’ll be walloped with punchy rhythms, hooked by addictive melodies, and all the while little refrains will worm their way into your subconscious. You’ll find yourself chopping veg for your dinner singing random lines like “You’re a lab rat, lab rat” (Guinea Pigs)” and “I just stood in a queue for 30 seconds” (Let The Night Unfold – Pt 2) as the songs vie for a space in your brain.

Listen, you’ll be at the edge of your seat, ready to bounce up and dance at any moment. Tunes careering into one another with nary a chance for breath in between. I’m convinced the speed of my typing increased in direct correlation with the tunes. Always one to be on the lookout for relatable songs and lyrics, Litterbug don’t let me down, with Introvert (from the Countdown to Schadenfreude EP) being entirely accurate.

While the band have undoubtedly taken inspiration from the late Seventies punk scene, there are quirky moments and elements to the songs – sometimes choruses that recall Dirt Box Disco and The Toy Dolls, and Not a Real Person in particular coming over like the bastard child of Sultans of Ping FC and The Cribs.

For me the highlights come mid-album with a brace of tracks piquing my interest, in Alienated and particularly the following psychobilly-esque Midnight Dream with its machine gun drumming and X Ray eyes chorus.

Twenty songs. Really? Surely, like all good things they fly by before you know it. At least you can press play again.