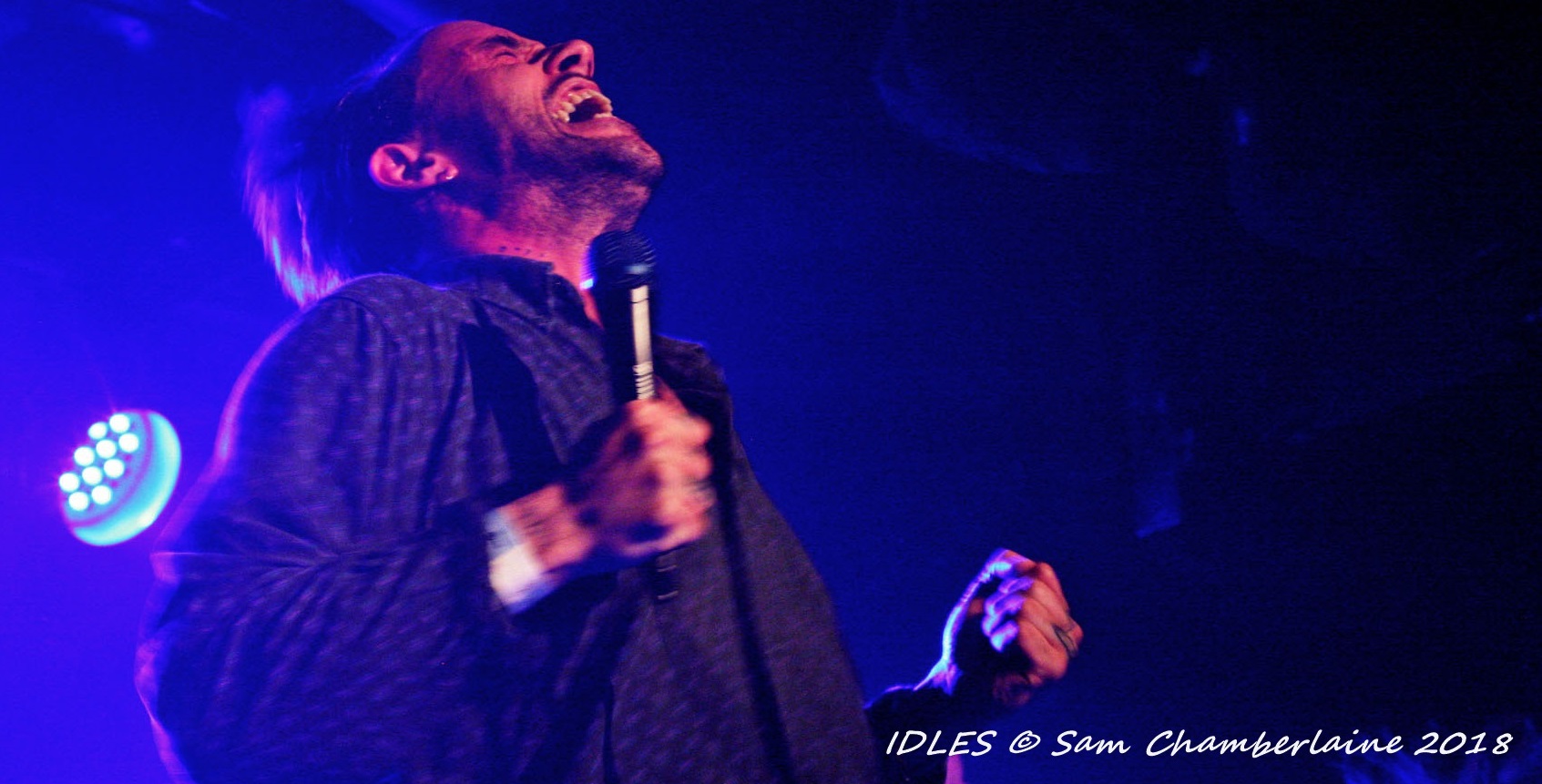 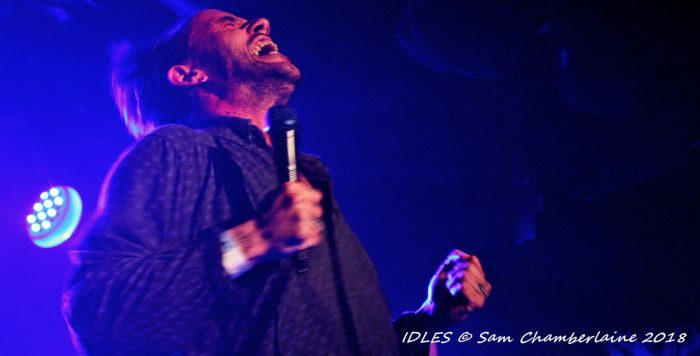 The sixth annual Are You Listening? Festival in Reading was possibly the most successful yet. Keith Goldhanger reports,  Sam Chamberlaine provides the photos.

At the time of writing we don’t know how much money this years Are You Listening? Festival has raised for Reading Mencap but in terms of feet staggering from venue to venue it looks like this could prove to be the most successful one yet.

The sold out signs were erected by tea time, people arrived a band early or queued up patiently for the shows we guessed we’d need to queue for and the clever ones got into whatever they wanted to. Venues were busy, unknown bands played in front of modest crowds but yet again the biggest criticism was the amount of acts that clashed that some of us would have loved to have seen.

The strength of a festival line up can sometimes be altered by the bands playing at the same time. Give us a second day with the same line up and at least one or two of us would have managed another half a dozen bands to either tell you about or remind you of.  AK/DK, MUSH, THE LONGCUT, HERE ARE THE YOUNG MEN AND UNCLE PEANUT, WARM DIGITS and TIGER MENDOZA are all decent bands I’m sure attendees would have enjoyed as much as we loved what we saw elsewhere. This isn’t a criticism directed at the organisers of course. It’s our own fault for being so greedy.

Early afternoon choices are slim unless you’ve taken advantage of the soundcloud links on the festival web site. Local bands benefit annually from this event. Some of these are so fresh from their rehearsal rooms that you can’t even access anything to listen to yet. In previous years bands such as Cody Noon, The Keep Cats and Here are the Young Men and Uncle Peanut have crept onto our radars, followed at arms length as they release tunes and videos and in some cases revisited another day.

Leading up to the event this year we have a choice of whether to see a band called Marisa  and the Moths for the sole reason it’s their debut gig (there’s nothing available to listen to yet) or CHINA BEARS who have a healthy soundcloud page and get included in our schedule around the same time we should have been getting an early night in leading up to the big day.

This means that opening act inside the Oakford Social Club, TINY GIANT get another at look following their appearance in front of us (a duo that day) at last years Standon Calling Festival.
This four piece provide us with an ideal start to the day. We’re craning our necks trying to work out where a lot of the sounds are coming from at times as backing vocals appear from nowhere (until we notice a laptop beside the drummer) but decide by the end that this is clever stuff the band are churning out. Big (pop) tunes that hint that bigger stages and possibly later stage times are the future.
Ridiculously good for two o’clock in the afternoon.

China Bears were a late addition to the bill which was a fortuitous turn of events for some of us and they don’t let us down. Another band that with a few more tunes as strong and uplifting as the set closer Night Calls could turn a few heads.

SHE MAKES WAR continued the afternoon at the Oakford Social Club with crashing grungy poppy songs that were also very much to our liking.

Over at SUB 89, HER’S were playing in front of a large crowd lapping up the duo’s odd, yet compelling set of tunes that some of us have become accustomed to the past few months.  Audun Laading’s bass playing has to be seen to be believed. Stephen Fitzpatrick’s vocals seem more exaggerated today but this is a band that know how to entertain. This is a band with character (Laurel & Hardy play The Housemartins if you need anything to put on the posters), with tunes that have plenty of mileage in them and a band that are gaining more interest as the months pass by. Anyone catching Her’s for the first time would have been hooked after this performance. Top notch entertainment. 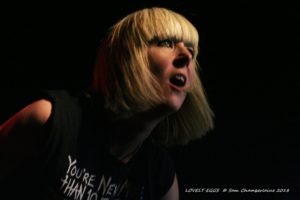 LOVELY EGGS (right) are on fine form tonight. Reminding one or two of us of X-Ray Spex at times and providing those getting ready for the nations favourites IDLES yet another reason to delve even further into the current crop of exciting punk rock that is available in the UK at the present time. Scarves are waved bearing the logo Fuck-It, an expression the duo have used more than once during their career they tell us, as they respond to vehicle break downs on motorways, unanswered emails and the difficulties they experience whilst not only writing and performing these short sharp catchy tunes but doing so whilst maintaining a healthy family life at the same time. Recent tune Wiggy Giggy is already a highlight of 2018.

Some of us have never witnessed IDLES play for more than thirty minutes before. Some of us have yet to meet anyone who doesn’t like this band (insert your own worn out gag here). Now with their debut album behind them we get the chance to hear a few new tunes that sound as strong as the ones we already know and witness a band who have plenty of ideas when it comes to providing a raucous crowd with the big night out that these tunes are made for. People are literally hanging from the ceiling, adjusting their position in the venue to either join in with the mayhem or simply to escape it.

‘You make us feel like the Beatles’ –  says Joe Talbot before going on to thank not only the crowd in front of him but everyone including the bar staff, security and BBC’s Steve Lamacq who is sliding around on the wet slippery floor just a few hours before he DJ’s back over at Oakford Social Club. Idles are one of the UK’s fastest growing bands, and even more importantly they’re one of many great bands that are currently popping up around the UK that one feels is what the current fans of punk rock in the late 70’s and early eighties really need to see and hear. It’s happening again just as it did with The Sleaford Mods. Loads of old blokes (and it is mainly blokes) all in a room together reminding you you’re probably the same age. A band that will probably wake up one day realising they’ve made about fourteen albums and are worshipped by folk that are travelling around the country for the fourteenth time, gaining more fans, losing some because ‘they can’t do it like they did in 2018’ whilst arguing with New Model Army fans about which band are the greatest.

This is a band that can have a crowd singing along to a soundcheck, get away with singing Christmas songs at the end of April or Take That verses as band members sit on each others shoulders before losing themselves amongst the crowd that are now as much part of the Idles experience as the anthems some of these tunes have become. Whatever the future holds for this band it cannot be denied that doors will open for other bands of this ilk (Check out Blackwaters if you’ve not been keeping up) to flourish and be instrumental in providing a sound track for many people as the next few years pan out.

HAVE YOU EVER SEEN THE JANE FONDA AEROBIC VHS?  appear to be as knackered as the rest of us. They seem just as nonchalant about the dozens of dancers in front of them as they were the gap in front of them during the first half of the trios set. It’s easy to forget the lack of guitars in this bands’ line up but as song after song comes and goes with little introduction and played at break neck speed it doesn’t take long for those in the room to embrace what they’re being fed. Fast thrilling, hugely underrated and from Finland. Another band you need to see if you’ve not crossed paths yet.

FIELD MUSIC are playing in front of a packed St Laurence Church and we realise as our day ends that we didn’t get to visit five other venues that were providing just as much entertainment during the day. Over sixty bands appeared, many were missed of course but attendees seemed happy in the knowledge that money spent was going for a good cause. Some of these bands will be back in this town again one day. Probably in one of those fields down the road one August bank Holiday.

One feels after this years event that next year could be just as popular.

Early bird tickets for next year are already available.