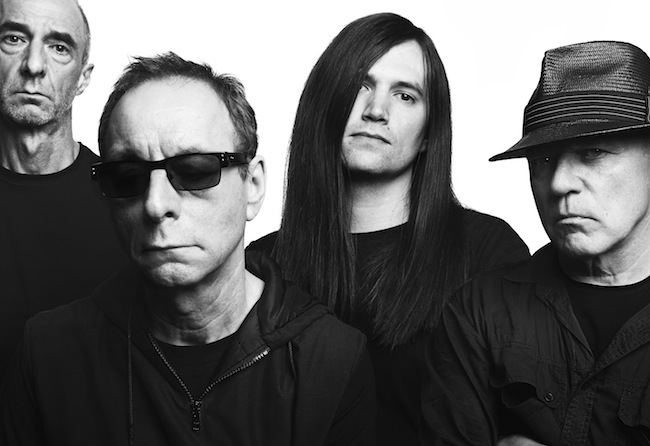 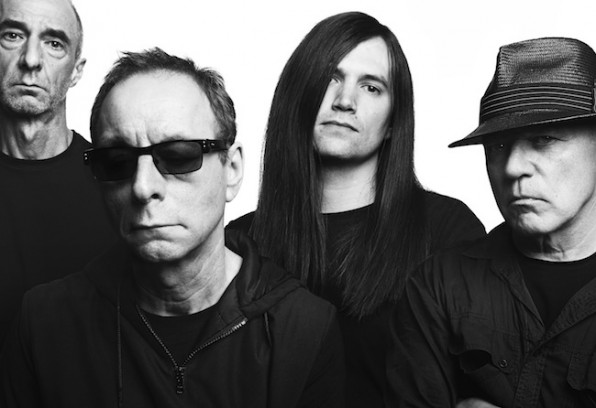 WIRE will be releasing a new, self-titled album on April 13th, via pinkflag, and straight after they’ll be heading out on a UK tour, one which will include the fourth event in the band’s DRILL series of five shows in five nights in the same venue with different supports. Full details, and a stream of a track off the album, below.

“I thought the three-chord trick was too simplistic and that the one-chord trick would be better. Or the two chord trick where the second chord is definitely not the right chord.”

Bass guitarist and vocalist Graham Lewis chips in with another trait that has run throughout the group’s lifetime:

“People said we were mysterious, arch and dark. But the only way of doing that successfully is by also having a sense of humour. You have to have that balance. With Wire there’s a peculiarity, a contrariness and that can be funny.”

The new album, simply titled Wire, will be the band’s 13th. It comprises material that was written with the album in mind, but was toured extensively first, alongside songs that Newman introduced to the group in the studio just prior to recording. The idea was to get the most spontaneous reaction possible from the musicians, far from the rough and ready results one might expect from such a tack.

About the album Wire, we’re told it…

“…is full of swooning pop melodies with a 60s tinge and an irresistible, near motorik rhythmic momentum. One can recognise certain melodic inflections, guitar and bass motifs, and drum rhythms from Wire’s idiosyncratic vocabulary but it has a remarkable freshness.”

Apparently big money offers have been made to Wire to become part of the Heritage Rock industry, to get the original line-up back together and play only 70s music. These have all been unequivocally turned down. The band figure that, fun though it might be, why would they plant theirselves firmly back in the past when they’re making new music they consider to be this potent and when there’s the promise of more in the future?

“The point where our personal narratives meet is all about change – moving on and keeping it interesting for ourselves,” says Newman. “We’re in it for the long haul and this is a one-way trip.”

Wire will be launched by the fourth event in the band’s DRILL series entitled DRILL : LEXINGTON – five nights (14-18 April) at the Lexington in London with Wire headlining, plus a different “curated” support each night. This will be followed by a UK tour. See full dates below.