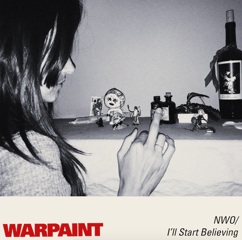 Following up on their promise to release new songs throughout 2015, Warpaint released a brand-new song this morning, “I’ll Start Believing”.

Listen to it, along with the full-length recorded version of live favourite “No Way Out” which they shared a few weeks ago, on Spotify here.

The song was produced by Warpaint and mixed by Michael Patterson. Check out a teaser of the track posted via the band’s Instagram account last night.

Warpaint’s self-titled sophomore album was released in January 2014 by Rough Trade Records. The band’s UK and EU kicks off tomorrow: