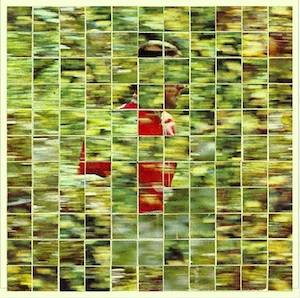 One of the most reliable labels in music today, Blackest Ever Black, are soon to release their second collaboration with Dalhous.  Titled Will To Be Well it’ll be their second album following last year’s debut, An Ambassador For Laing, which was released to widespread acclaim. The album isn’t out properly until 30th June, but yesterday the label released a public stream of the first single off it which you can check out below.

Dalhous is mainly the work of Marc Dall and his studio partner Alex Ander’s. Will To Be Well, which is to be released as a double-LP, reflects writer-producer Marc’s continued interest in the life and arcana of R.D. Laing, but it also alludes to more universal and enduring mysteries: the relationships between body and mind, illness and wellness, the physical and the metaphysical.

The press release also tells us:

“Given the often abstract nature of Dall’s inspirations, the music itself has a remarkable precision and clarity. Despite the emotional ambiguity, it communicates directly and colorfully. Dalhous’s creative process is one of obsessive writing and re-writing, sampling and re-sampling, arranging and re-arranging, but towards a goal of succinct and focused expression. The production is vivid, pinsharp; nothing in these tracks is vague or half-formed. On the contrary, everything is illuminated; and the music’s most sinister features are hidden in plain sight. Will To Be Well is the real alternative medicine. A defining album from a major young artist. A sane work with disturbing implications.”

Tracklist and details of one live date below, but first check out ‘Abyssal Plane’ …