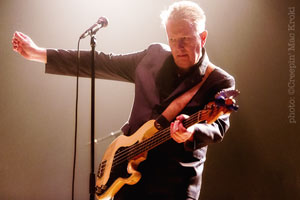 TOM ROBINSON was a positive force in the punk wars. Just when the energy was talking off he brought his slightly oder wisdom and political  fire into a jaded scene and his debut album with Tom Robinson Band was a staple for many young ears at the time.
Since then he has released several solo albums before becoming fixture of BBC 6music breaking many bands. This is is his first single from his first album for several years and typically comes with biting lyrics and crafted songwriting..
‘Don’t Jump, Don’t Fall’ is released on June 8th and is the first release from his first album for 16 years released this coming October.
You can Stream/embed the single here: https://soundcloud.com/tomrobinson/dontjumpsingle
It will be the first track to be taken from Tom Robinson’s 15th studio album – and his first in nearly 20 years. The single features guest vocals by Mancunian artist Lee Forsyth Griffths (whose own first two albums were produced by Trevor Horn and Ian Grimble respectively). It was recorded by anglo-Irish producer and multi-instrumentalist Gerry Diver (Sam Lee, Lisa Knapp, Youth, Van Morrison, Christy Moore etc) and mastered by Frank Arkwright at Abbey Road studios.

With its powerful story of a teenage runaway going off the rails, the single aims to raise awareness and funds for CALM (The Campaign Against Living Miserably) dedicated to preventing male suicide in the UK. Having battled depression himself at various points in his life, CALM is a charity close to Tom’s heart. It runs a confidential and anonymous national helpline and web chat service for men who are down and in need of support, and relies largely on public donations to keep the helpline open and the campaign going.