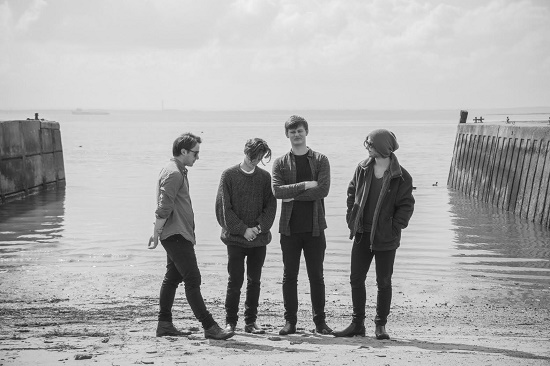 Indie rock four-piece The Collier make good on six years worth of gigs with their debut single One Big Dream.

There is a new generation of rock that The Collier (which consists of Josh Hixson, Ellis Davis, Flynn Clark, George Rutherford) are leading on – one that involves honing your live performance to perfection.

The Collier’s had been gigging for 4 years before they decided to release this single One Big Dream. The band formed five years ago and incorporate everyday experiences in their songwriting dealing with subjects such as relationships, money, anger – really channeling their raw emotion in their sound.

“One big dream was the track that brought the band together. The moment where i knew that something was happening. It’s our first and longest played collier track and I think it captures what the sound of the band is. layered guitars, passionate vocals and aggressive hints layered throughout, one big dream is a track that has that familiarity yet leads somewhere complete new and original” says singer Ellis Davis

Their songs inspired Ali Staton – longtime producer who worked with everyone from PJ Harvey, Pulp and Madonna. He set about a recording schedule that lasted 6 months. The Collier are destined to play stadiums with their big arena sound and we will soon be catching them on the same line ups as Wolf Alice, Royal Blood, Drenge.

You can stream One Big Dream below: