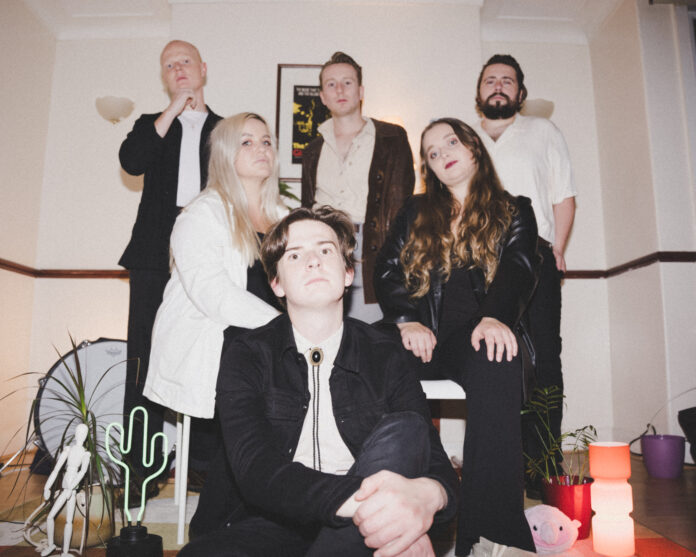 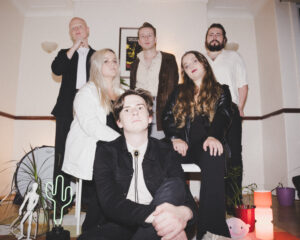 We first covered the band back in 2018 when they released their debut single and now they’ve released new song, Sky Is Falling. It follows the lead single from Stupid Luck, which they released earlier this autumn, and shows great promise for their forthcoming EP.

The thriving sextet have certainly captivated the emerging landscape, harnessing the anthemic tendencies and increasingly mature songwriting of influences such as Los Campesinos and The Joy Formidable to sublime effect.

Discussing the track’s origins, Talkboy explained: “We wanted to do a song that had more of an over-riding feel rather than a literal trail of thought. Not much seems to make sense a lot of the time but every now and again you get an oasis of calm when things just seem to be alright and The Beach Boys play in the background. For us, those moments mean so much because of all the stuff that transpires around it”.

The Yorkshire outfit continue to excel, and with preparations for their February 11th Wrapped In Blue EP release well underway, the band are set to follow previous slots alongside the likes of Honeyblood, Declan Welsh and The Howl & The Hum with their very own live run.