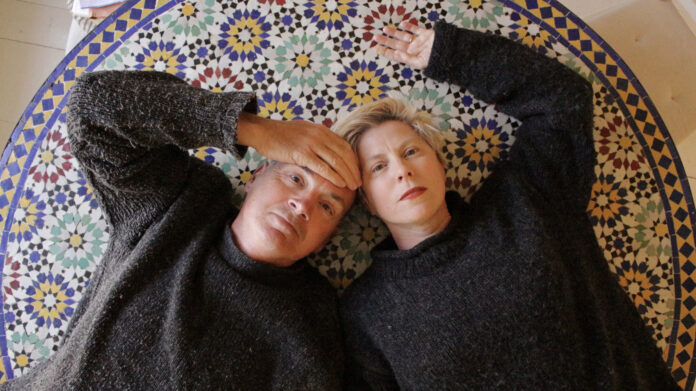 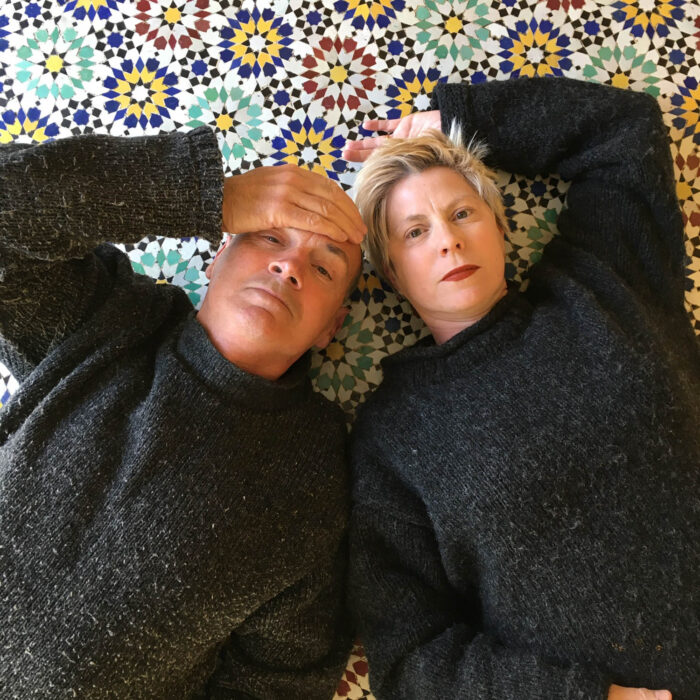 Legendary UK producer Tim Friese-Greene has announced a new single for his new duo Short-Haired Domestic with vocalist and songwriter Lee Friese-Greene. Titled ‘A song in German concerning gardens and goodbyes’, we are pleased to premiere this via Louder Than War. The two have created a potent cocktail with a unique and intriguing approach, reminiscent of Gwenno, Stereolab and Broadcast. Vocally, melodically, production-wise, this music is nothing short of impeccable.

Described by AllMusic as “renowned for his unerring sense of atmosphere and nuance, Tim Friese-Greene was among the most innovative — albeit underrecognized — producers of his era”, he is perhaps best known for his celebrated production work with Talk Talk and Catherine Wheel – he is widely considered the silent member of the former group. Friese-Greene has also produced works by Lush, Thomas Dolby, Sidi Bou Said and Firefly Burning.

As for Lee, she is formerly of 90’s London Riot Grrl band Sidi Bou Said (presumably how the couple may have met) and also currently lead vocalist and guitar player for Pavlova.

“This song is about aging and change and empty nests. Inspired by the cat, envious of his ability to find contentment in the simple pleasure of laying in the garden all day, at a time when I was feeling the (self-imposed) pressure to do something more significant with my life now that it was more my own again. .
Especially poignant to be releasing this track now as we have just said had to say goodbye to that particular feline friend. Turns out that this was the time,” says Lee Friese-Greene.

Tim also notes, “The orchestral samples at the front are from a 1908 tone poem called ‘In a Summer Garden’ by Frederick Delius, who although brought up in Bradford was born in Germany. I found the double tie-up of this particularly satisfying.”

After 1995, Tim Friese-Greene shifted his primary focus from producing other artists to creating music as a solo artist, issuing various releases under his own name and as Heligoland. Short-Haired Domestic is the next step in a logical progression for this producer.

Each track on the new album features vocals in a different language. At their heart are a breakbeat loop, sampled fragments, scratching, insistent funk and Latin rhythms, surprising appearances of acoustic guitar and just about every sound that’s possible to wring from a WASP synthesizer.

The result is melancholic and driven with a pop edge and sensibility. Avoiding any whiff of ‘divaness’ in the vocals, these songs instead allow emotion to be largely generated by the music as a response to the lyric.

As of October 2, the ‘Short Haired-Domestic’ LP will be released on vinyl and CD, as well as digitally across digital platforms. It can also be obtained (digitally and physically) directly from the artist via Bandcamp,

Short-Haired Domestic · A Song In German Concerning Gardens And Goodbyes