Home Music Bands Listen To This! Still Have The Love (Remix With Mystro) by Cut... 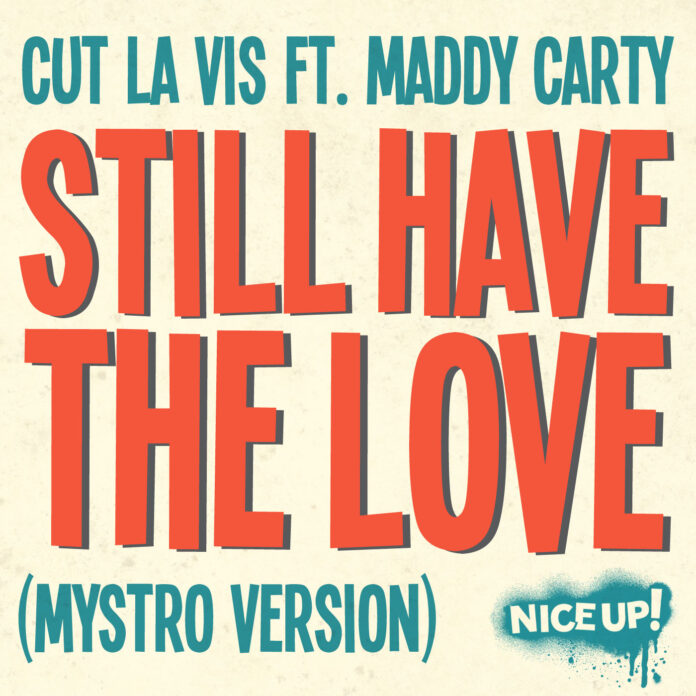 Brighton’s Cut La Vis drops his debut single on the 17th July, a bouncing, jaunty number featuring “up and coming starlet” Maddy Carty on vocals. The video for it came out last week (see below) but above you can check out – exclusively on Louder Than War – the Mystro remix.

Last week we introduced you to the slinky reggae tunes of Gardna feat. Tiffani Juno via a track we described as a sure fire reggae summer anthem. This week we’ve got a similar track for you, one which could arguably be described as having even more “summer smash potential” than the Gardna track. It’s titled Still Have The Love  and it’s by Cut La Vis ft the assured vocals of rising star (and ex-BRIT School student) Maddy Carty – check out the video below.

Meanwhile, above we’re thrilled to able to host the first play of the Mystro remix version of the track which features the man himself toasting alongside Maddy over what can only be described as “the top vibesing beat” of the original track.

The track, we’re told, is taken from Cut La Vis’ debut album “One Step Forward” which is due later in the year. If this single is an intimation of how good that album’s going to be I’d say it’s going to be a cracker.

Pre-order the single from iTunes.

For lots more great / similar sounds (in their own words they take in the “rich history of soundsytem culture and spit it back out for modern dance floors.”) hit up the label’s Bandcamp page: Nice Up! Bandcamp.

The various artists involved can be found on Facebook here: