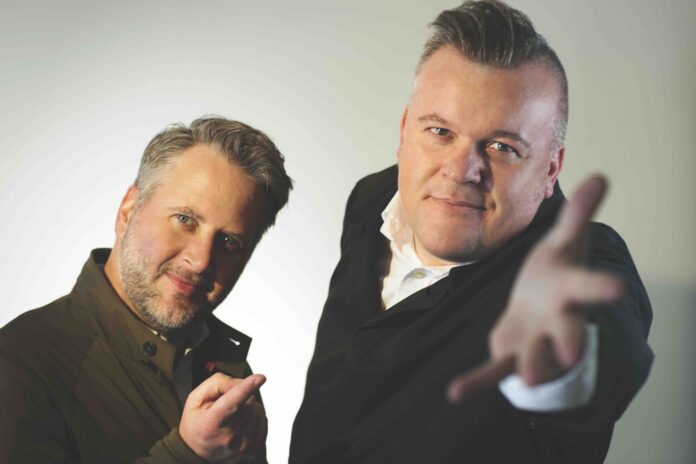 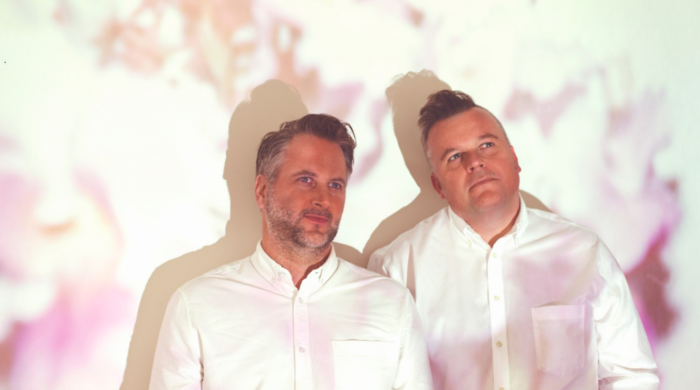 Today we turn our attention to one of Canada’s most novel emerging bands. Hailing from the Ontario centre of Toronto, Soft Set is a duo comprised of two music veterans turning a new leaf with this dream pop ethereal rock project.

With input and guidance from Ride frontman and noted producer Mark Gardener (via his Oxford-based studio OX4 Sound Studio.), James Gray and Nathan Athay have joined forces in a mission to make beautiful music – quite convincingly achieved here clearly. Influenced by such iconic artists as Slowdive, Ride, The Stone Roses, The Smiths, My Bloody Valentine, Happy Mondays, Boo Radleys and Mercury Rev, listeners can revel in these 5-tracks of ultimate sonic bliss.

Earlier, the band released their first 7″ vinyl release, comprised of tracks ‘7 On Up’ and debut single ‘Never Die’. Accompanying videos were created and edited by Heidi Athay (see below).

Life-long friends who became musical collaborators years after growing up together in Barrie, Soft Set’s music is laced with dayglo dream-inspired sonic glee of 90s indie rock royalty such as shoegaze icons Ride, Soft Set’s brand of melodic pop-rock is earnest and natural. Cloaked in the finest realm of nostalgic reverie, this debut single ‘Never Die’ is equally stunning and infectious.

“We really wanted this album to have a theme that’s relatable to everyone and we feel that our second single titled “7 on Up” does just that. We wanted the audience to think about adolescent summer nights and that longing for a first kiss, dance, or letter from their crush saying that they feel the same way as you do about them. It’s what everyone wanted back then right? Both James and I are really proud of this track and it’s actually the first track of the album as we felt that the song really sets the tone for the rest of the EP,” says Nathan Athay.

Not long after meeting during high school, they quickly realized that they had much in common, especially when it came to their taste in music. Nathan started playing drums in a local shoegaze, space rock band and James wasn’t far behind, learning guitar and writing songs of his own. Soon after, James became the band’s backup guitar player, filling in whenever the main guitar player couldn’t make a show.

Although that band lasted only a few years, James and Nathan continued to work separately on other projects, as well as working together whenever they could. Things really amped up in 2006 when James and Nathan were part of a Toronto indie rock band, recording their debut album at E5 Studios Downtown. James and Nathan learned a lot about recording and production through this process, inspiring them to continue to push themselves musically, eventually creating what is now Soft Set.

“Before we started this project, we agreed to never intentionally try to sound like anyone but ourselves. We really wanted to take an honest approach in the process and never discounted any ideas that we presented to each other. We gave everything a chance to see what worked and what didn’t and took it from there,” says James Gray.

“I think what makes this album so special is that it’s very relatable. The lyrics are about feelings and settings that everyone experienced in one form, or another and we feel each song is consistent with that”.

‘Love and Dancing’ EP will be released on September 4. This and the ‘Never Die / 7 On Up’ 7″ (limited edition 7″ vinyl run of 100) can be obtained via Bandcamp., which means supporting the artist directly, although they are also available digitally via online stores and streaming platforms.

Also check out their 2 new videos – for the lead single and b-side from their 7” vinyl offering: