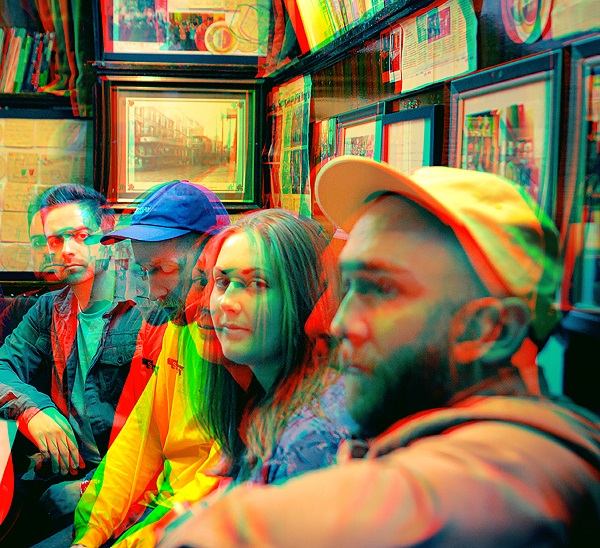 Finishing their year on a typically emotional high, Glasgow five-piece wojtek the bear have recenly released their latest single Some States. Three and half minutes of gentle guitars, and rousing strings (a now permenant addition to the sonic tapestry of the band) it’s a welcome return for a quintet whose every single packs as much grace and elegance as it does emtoional gravitas.

“It’s a song about that particularly painful end section of a failing relationship when it feels like all you’re doing is arguing with other person over the most ridiculous things, like who used the last of the toothpaste and didn’t replace it.” explains frontman Tam Killean “The title comes from that old(ish) Scottish expression – “I’ve never been to America, but I’ve been in some states!” I just really liked the dark, self-deprecating humor of it. I think it’s that ability to see the humor in the darkest of times that allows us to get through things sometimes”