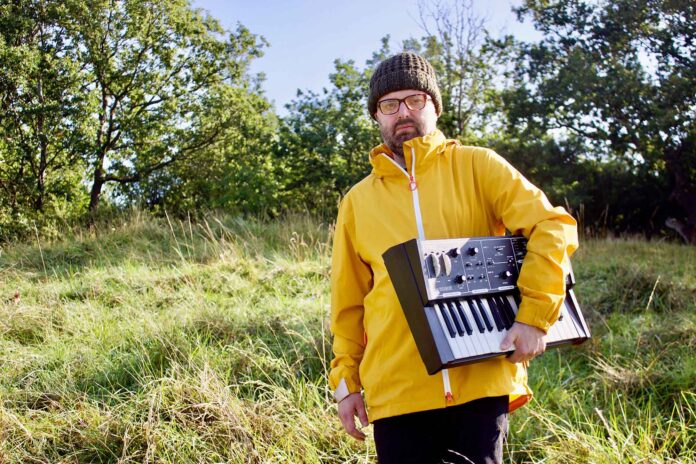 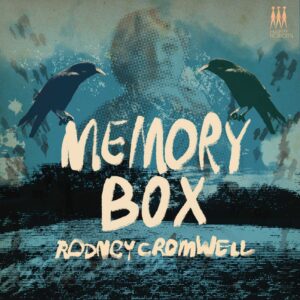 For those who are not already familiar with the retrotastic electro-indietronic output of Rodney Cromwell, listeners entranced by the likes of Kraftwerk, New Order, Metronomy, Section 25, Polyrock, Stereolab and Death & Vanilla will find they’ll want to add him to their artist-to-checkout list. The London-based indietronica artist is releasing his new ‘Memory Box’ album via Happy Robots Records on Friday, March 18.

There’s actually a rich handful of highlight tracks, so it might seem futile to narrow the most alluring tracks down to a select handful. It is certainly worth a listen straight through (even better if you can manage to do so in the order intended according to the track list). As ever, Rodney uses his synth wizardry and vocals, with his specific deep and confident timbre, to build a story on quite a few of these tracks, while maintaining just enough mystery to leave you guessing. Take for instance the latest single ‘Opus Three’ – is it a love letter to a gal? to a synthesizer? To the band with the same name? Does it have to do with the Covid pandemic – or is that just the storyline of the video for this track, released last week? So many questions. Rodney says ‘Opus Three’ encourages us to dance in the face of catastrophe. Oh my….

In any case, this is a fantastic offering and you’re bound to find something you enjoy here, if not the entire release. Mixed and co-produced by Richard Bennett at Acme Hall Studios (New York) and mastered by Pete Maher (U2, Goldfrapp, Paul Weller, Pixies), the ‘Memory Box’ album’ mixes synthpop, hauntology, dreampop and European coldwave, using analogue synths and drum machines with minimal computer sequencing.

The dystopian coldwave of ‘Intercom’ – with its twisted robot voices – promises us “order will be resumed shortly. Title-track ‘Memory Box’ is a haunting trip down a psychological rabbit-hole of half-remembered memories and half-formed truths with sweeping synths traversing a sonic landscape, turning the mundane into the sublime. The album’s central songs plunge us deeper into this theme with almost Kafkaesque abandon. ‘Fluctuations’ is a pounding krautrock number about the dangers of TV shopping and ‘Waiting Room’ a love song for exhausted souls.

The uplifting glam-stomp of ‘Wristwatch Television’ looks towards the utopian future promised in 1950’s style magazines, but never delivered. ‘Calculations’ a melodica-driven dreampop instrumental, melds Brian Eno with Mogwai, pulling us back towards reality. The album closes with its purest synthpop number, ‘The Winter Palace’, layered with ice-cool ARP synth strings, the thinnest of vintage drums and lush harmonies, as Cromwell sings of a love bound by ‘drudgeries hold’.

His debut ‘Age of Anxiety’ LP (2015) and ‘Rodney’s English Disco’ EP (2018) garnered Rodney Cromwell features in Electronic Sound Magazine, NME, Huffington Post, Record Collector, Paste, BBC6 Music and national RNE3 in Spain, for whom he recorded a live session. The album featured in scores of ‘Best of’ lists, including Electronic Sound and The Electricity Club, who named him ‘Most Promising New Act’. He has played lives shows with acts like Pram, Death & Vanilla, M!R!M, Rowetta and Steve Davis. In 2020, he also performed as part of Damo Suzuki of Can’s backing band.

The ‘Memory Box’ LP is available on yellow vinyl, and can be found in stores and digitally everywhere. You can even support the artist directly by ordering the album via Bandcamp.