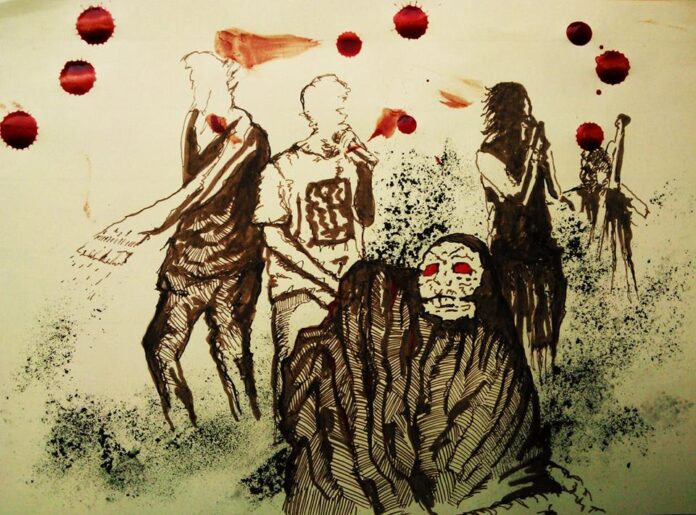 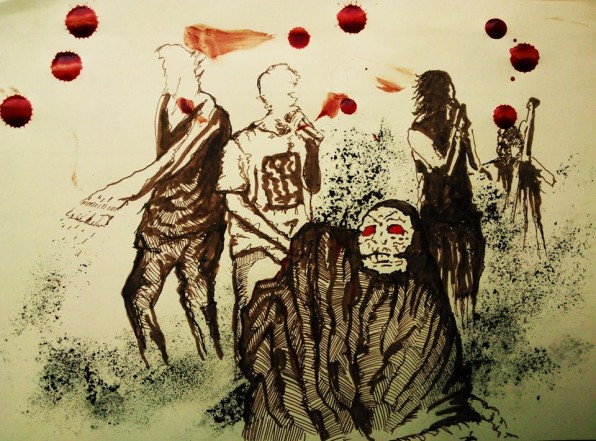 Dual Sides, the debut album from Yorkshire’s hip-hop ensemble Ceiling Demons met with the approval of Louder Than War earlier this year (see our review here) and one of the stand-out tracks is set to be released as a digital single.

Every Step Is Moving Me Up will feature a brand new mix by Fold which we are premiering below. The release is supported by mental health charity CALM who aim to raise awareness of male suicide, the biggest killer of UK men under the age of 50.

Via the Press Release:

“2014 has been a fantastic year for Yorkshire’s alternative hip hop dwellers, Ceiling Demons. Since releasing their acclaimed début album ‘Dual Sides’, the identical twin brother MC’s; Psy Ceiling and Dan Demon, along with producer Beat Demon, have supported the phenomenal Mercury Prize winners; Young Fathers, (Anticon/Big Dada) during the UK leg of their world tour. They have been heralded by alternative hip hop legends Arrested Development, played and praised on XFM by Scroobius Pip, supported the mighty De La Soul at York’s YO1 Festival, featured at HarFest2014 and have had great support from BBC 6 Music’s Tom Robinson.”

“Every Step Is Moving Me Up with the Fold ‘Follow The Lights’ remix will be released digitally on the 25th November 2014. To help raise awareness for CALM, the Demons are putting together a bundle for auction that includes a signed copy of Dual Sides, limited edition Amputated Spirit CD, Ceiling Demons T-shirt, stickers, badges, setlists, original paintings & ‘Every Step Follow the Light’ artwork by Tim Coomber. The auction will start on the 25th November and end 5th December. The single will be available on iTunes, Amazon, Spotify, Deezer as well as a ‘name your price” via bandcamp, with all proceeds going to CALM.”