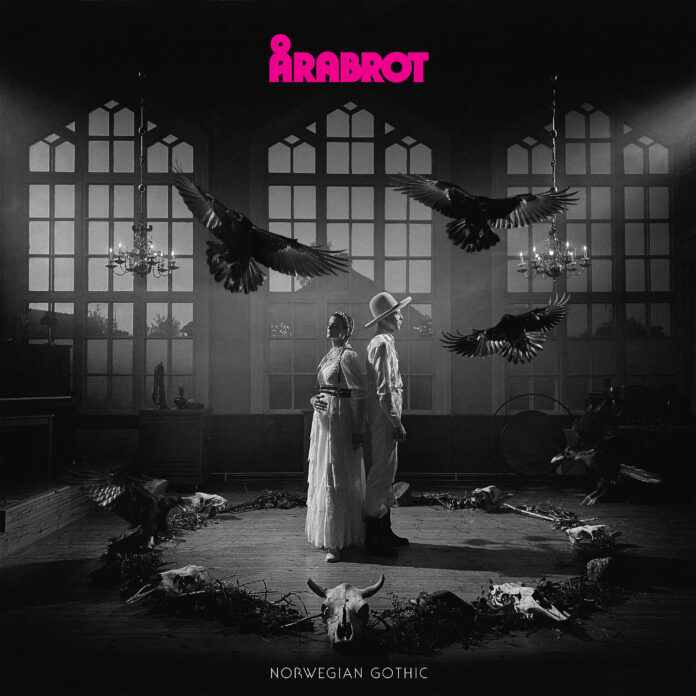 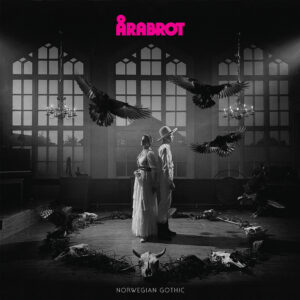 Born of the long dark winters of Norway Arabrot say they were too black for metal and too avant-garde for punk so forged their own path which takes another twist with The Lie as their new single.

Årabrot are Kjetil ‘Tall Man’ Nernes and Karin ‘Dark Diva’ Park who live in the Swedish countryside with their two children in an old church they own.

“The Lie is a rock song. The Lie is not about telling a lie. It is about living a lie” says Tall Man. “No wonder, I spent months reading philosopher Theodor Adorno when writing The Lie. We lived in an apartment in Oslo with a friend and my memories of this specific time are very vivid. The weather, the smell, what we were cooking, what music we were listening to. Even the dirty floors. Less than a year later our friend died in a terrible boat accident. It all became part of something bigger.”

“Norwegian Gothic is the culmination of everything Årabrot has done musically the past 10 years. It is not only the climax of the band so far, but also a good indication of what to come. It is basically an amalgamation of all of our influences here in the church where we live.

“Musically it is inspired by all the albums of our record collection and thematically by the books we have in our shelves. More specifically it is our special brand of rock’n’roll music mixed with fin-de-siecle decadence, surrealism and even a pinch of old German philosophy to boot.”

In the middle of a tour in 2014 Nernes was diagnosed with a malignant throat cancer, but instead of heading in for surgery right away the band finished a full European tour.

“Every night of that tour was like the last show ever,” recalls Tall Man. “It was really strange. When a doctor calls and says, ‘you’re terribly sick’, it’s surreal. You go into this phase where life is more vivid and more real, in a weird way. We’ve done so many shows through the years and sometimes it’s a little like going to the factory to do a job. But with an axe hanging over your head you perceive the world differently.”

But the axe did not fall on Tall Man and after he successfully recovered from cancer Arabrot say they are now stronger than ever.