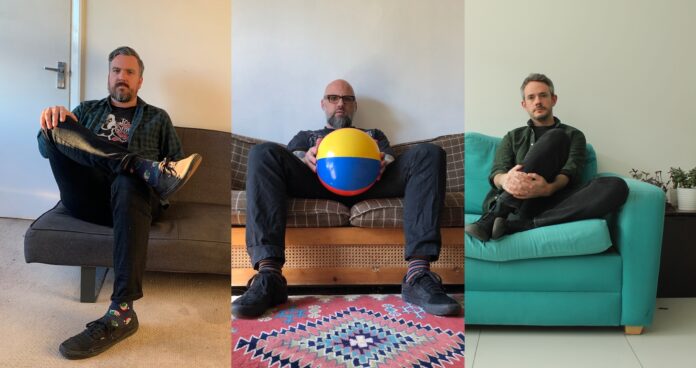 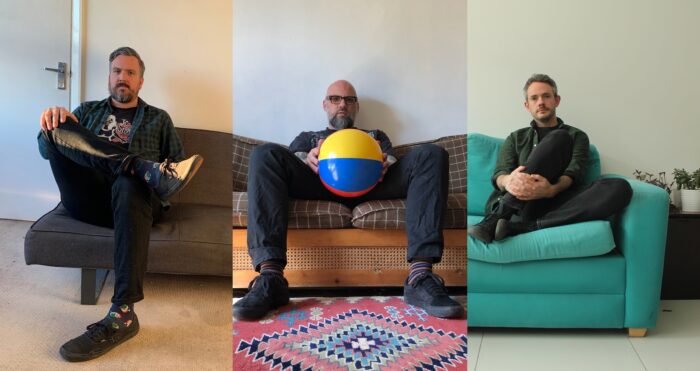 London-based band Post-Skeleton release their debut single, The Loudest, as a taste from their debut album.

Formed by ex-Jazz June singer/guitarist Andrew Low, with the line-up completed by bassist Matt Whittle (ex-Emperor Zero) and drummer Robbie Richardson (ex-Giant Sons), Post-Skeleton combine the styles of the trio’s previous bands to come out with the kind of alt-rock slacker cool vibe more likely associated with the liked of Dinosaur Jr.

While the band have been playing together for the last year or so, it is in this time of lockdown that they have managed to find the headspace needed to put the final touches to their debut song, The Loudest, available now to download via the band’s Bandcamp page. Bob Cooper of Self Defense Family mixed the track and has pulled out the best of the band. For fans of Dinosaur Jr, Built To Spill and Seafood, Post-Skeleton are definitely worth checking out.

Low’s previous band, Jazz June, seemed branded with an Emo tag, but there was more to them, especially on the grounds of their 2014 comeback album, After The Earthquake. The sound of songs like Short Changed were drenched more in the fuzz feedback of that typical US College Radio sound. It’s certainly an influence that he continues with on this new project.

Listen to Post-Skeleton’s debut single below: