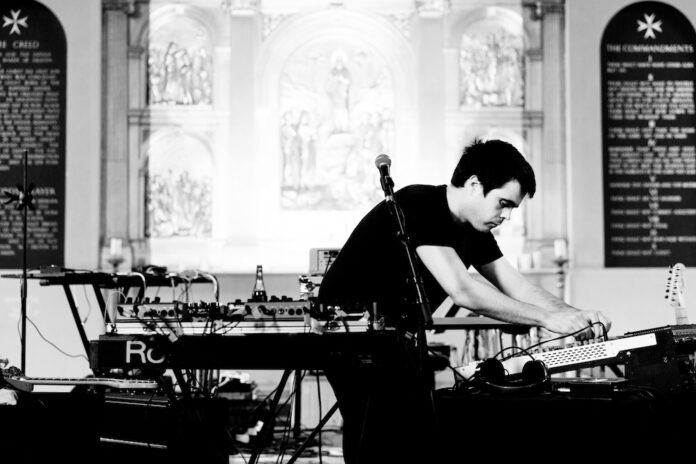 Moon Zero is the project of producer and composer Tim Garratt. Above, you can check out the first track to drop off his new album, due out on Denovali Records in September, which we’re thrilled to be introducing to the world today.

Moon Zero’s work is both minimal and cinematic. Borrowing from the analogue-leaning end of the contemporary electronic music spectrum – a stage that we’re happy to see seems to be growing in popularity at the moment – it is from a vogue which is providing some of the most forward thinking and exciting of artists around today.

Before moving on lets consider some of the other artists working in a similar  field; Grouper, Tim Hecker, BV Dub, Haxan Cloax, William Basinski and Hauschka. All of them manufacturers of taut, massive tapestries of sound, deep, rich, tending to the unhurried, thoughtful, considered and of course, avant-garde. Music that demands your attentions, albeit not in a brusque, in your face, grab you by the throat (or the feet) kind of way. More in a considered, lets have a think about this music kind of way, inviting you to sit down and listen.

Lets find some more out about Moon Zero’s new album…

“This self-titled debut album is the culmination of the exploratory drone work of his first EPs, 2014’s ‘Tombs’ and ‘Loss’ (Denovali). Drawing on the micro-polyphony of classical modernism and analogue-leaning contemporary electronic music, it’s the finest incarnation yet of an aesthetic that’s both minimal and cinematic: an unhurried, massive tapestry of sound built from minute processes and hidden melodic lines.”

‘Moon Zero’ was recorded at St George in the East in Shadwell, London and boy can you feel it in every note! Tim says:

“I only had a five hour window to record everything, which I hope gives the record a sense of spontaneity and life”.

Find out more about Moon Zero…